Entire families in Afghanistan have been forced to sell their kidneys so they can buy food, as the country plunges deeper into a humanitarian crisis.

One family – including three brothers and two sisters – all underwent surgery and sold their organs for around £1,150 each in order to feed their relatives.

For those who have already sold their kidneys to feed their starving families, many are resorting to selling their own children to survive because they have ‘nothing left to sell’, as Afghanistan’s economy teeters on the brink of collapse.

One husband and wife, who have sold their kidneys to feed their eight children and wish to remain anonymous, are now considering selling one of the youngsters because they fear they will starve otherwise.

Overcome with emotion, the 25-year-old mother, from a village outside the city of Herat, told Sky News: ‘About six months ago, my three-year-old son died of hunger. I can’t see them all lose their lives… at least this way, someone else will feed them.’

Her husband, who has not decided which of their eight children to sell, said they have no choice and their situation is so desperate he would sell the infants for less than the price of his kidney.

‘We have nothing left to sell,’ the father said. ‘We have to sell our children now and I’m prepared to do this for even 20,000 Afghanis (£150). I can’t go to sleep every night with them crying that they are hungry.’ 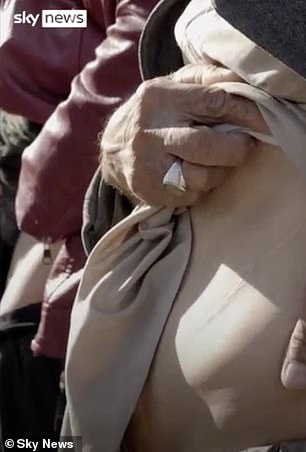 Entire families in Afghanistan have been forced to sell their kidneys so they can buy food, as the country plunges deeper into a humanitarian crisis. Afghans lift up their shirts to show their scars from the kidney surgery

The family said they have no choice, and are among scores of destitute families in Afghanistan being forced to sell their children to survive.

Since the Taliban took over Afghanistan in August last year, the country’s economy is on the brink of collapse and international humanitarian aid has been put on hold – and the effects are deeply felt by families who cannot buy basic goods such as food.

In the village outside Herat, which is close to the border with Iran, dozens of women, many of whom were still teenagers, have donated their kidneys to provide food for their children and families.

Many of the villagers have sold their organs to buyers across the border in Iran in an effort to repay their debts.

‘We have no choice,’ one teenage mother, who was operated on a month ago, said as she revealed her red scar on her midriff. ‘We do this to feed our children.’

The village elder, who has urged families not to sell their children, said: ‘I urge the world, please don’t leave us alone. Stop this tragedy of people selling their children or part of their bodies. Afghanistan needs help.’ 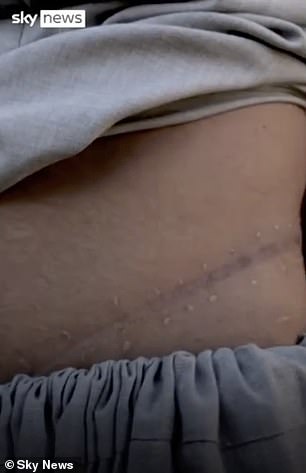 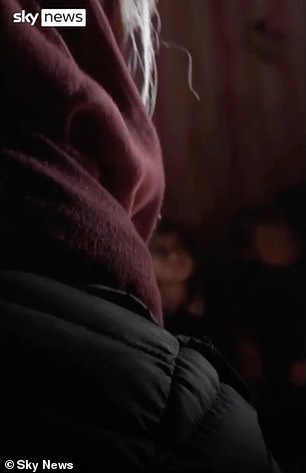 One husband and wife (right: the mother), who have sold their kidneys to feed their eight children and wish to remain anonymous, are now considering selling one of the youngsters because they fear they will starve otherwise. Pictured right: An Afghan shows their scar after donating their kidney

Since the Taliban took over Afghanistan last year, the country has seen the value of its currency collapse even though hard notes are in short supply, while prices for basic goods have soared due to shortages, with the UN warning that food could run dangerously low soon.

The international community froze Afghanistan’s assets abroad and halted funding, unwilling to work with a Taliban government given its reputation for brutality during its previous rule 20 years ago.

It has led to the chief of the UN to warn that Afghanistan is facing a ‘make-or-break moment’ as he appealed to countries to inject cash back into the Afghan economy, which before the Taliban takeover in August was dependent on international aid that accounted for 75% of state spending.

Afghanistan is grappling with a liquidity crisis as assets remain frozen in the U.S. and other countries, and disbursements from international organizations have been put on hold.

The effects of the economic collapse could prove lethal for the country where a third of the population survives on less than $2 per day.

It has meant an increasing number of families are turning to the illegal practice of selling their children under the age of 15. 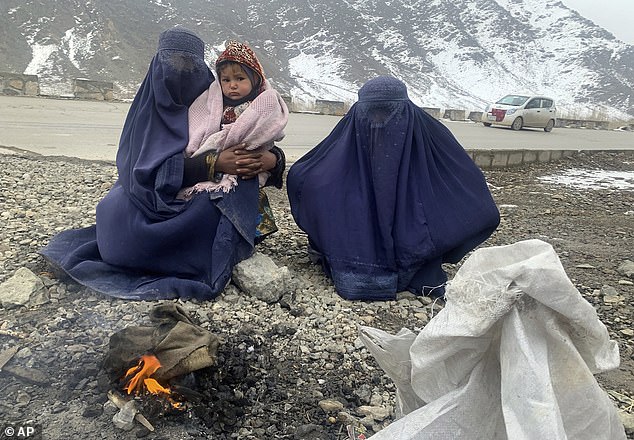 The economic collapse, and the lack of international aid, has meant hospitals in the country have run out of treatments.

In Herat Regional Hospital in Herat city, doctors such as Dr Mohammad Aqel Halimee do not have enough bandages to help his young patients in the children’s ward of the burns unit.

Without sufficient dressings, the children’s injuries have become infected because of the deep burns caused by open fires.

Dr Aqel, who spoke of the emotional toll of the dire situation, told Sky News: ‘I have a bad sensation. Because [it’s all down to the] lack of materials… I have the ability to treat them but a lack of materials and bandages means I can’t help them.’

The desperation of millions is clear as more and more people face hunger, with some 3.2 million children under 5 years old facing acute malnutrition, according to the U.N.

‘I’m happy to see the pledges are made,’ she said. But the pledges ‘shouldn’t stay as promises, they have to be seen as reality on the ground.’ 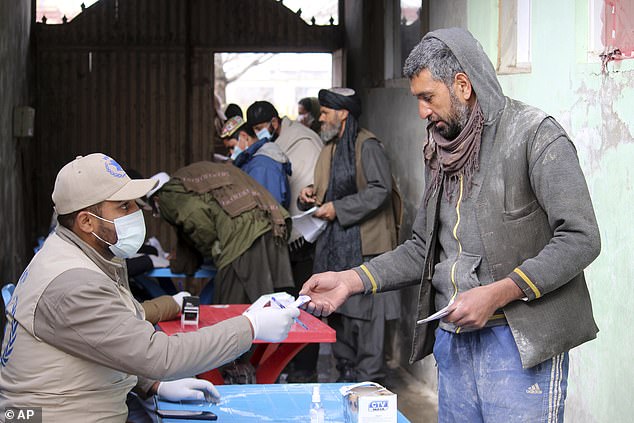 Afghans wait to receive food rations organized by the World Food Program (WFP) in Pul-e-Alam, the capital of Logar province. eastern of Afghanistan, on January 18 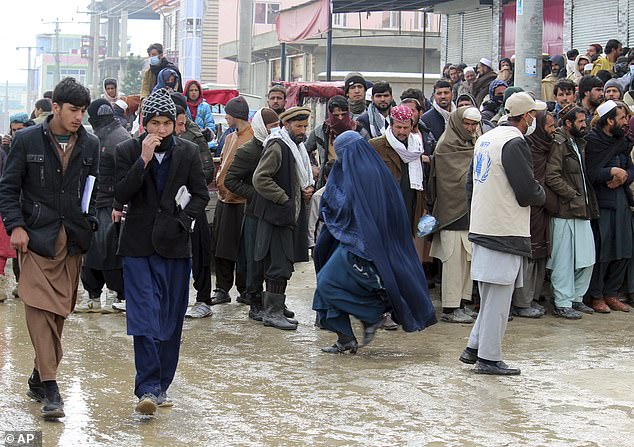 Afghans wait to receive food rations organized by the World Food Program (WFP) in Pul-e-Alam, the capital of Logar province. eastern of Afghanistan, on January 18

Faced with the Taliban’s request for funds, Western powers are likely to put the rights of women and girls in Afghanistan high on their agenda, along with the West’s recurring demand for the Taliban administration to share power with Afghanistan’s minority ethnic and religious groups.

Since sweeping to power in mid-August, the Taliban have imposed widespread restrictions, many of them directed at women.

Women have been banned from many jobs outside the health and education fields, their access to education has been restricted beyond sixth grade and they have been ordered to wear the hijab.

The Taliban have, however, stopped short of imposing the burqa, which was compulsory when they previously ruled Afghanistan in the 1990s.