Afghan girls’ football team will be allowed into UK: Priti Patel ‘approves 111 visa applications for players, coaches and their families’ after they fled the Taliban

The Afghanistan girls’ football development squad have been reportedly granted visas to come to the UK.

Home Secretary Priti Patel gave the green light for the a group of players, coaches and family members’ 111 visa applications to be approved.

The squad has been in Pakistan on temporary visas since fleeing Afghanistan following the Taliban takeover of the country, but face being sent back once their asylum period ran out.

A source close to Ms Patel reportedly told The Sun: ‘At the heart of Priti’s new Afghan resettlement scheme is the protection of women and girls.’

The source added the team ‘will be able to make the UK their home, free from fear and persecution’. 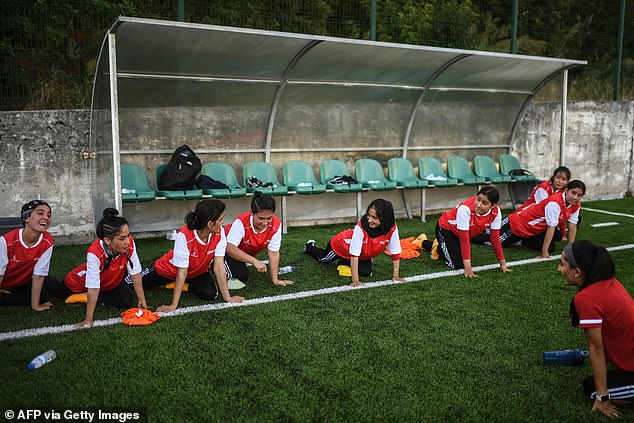 Afghanistan national girls football team trains in Odivelas, on the outskirts of Lisbon on September 30

Meanwhile, the Australian government evacuated the Afghan national female football team and the girls team was recently given asylum in Portugal.

Leeds United is among a number of organisations which had previously urged the Government to grant the girls asylum.

Last month, the club’s chairman Andrea Radrizzani offered to place all the players on its youth development teams and said his club stood ready to ‘give the girls a prosperous and peaceful future’.

Kashif Siddiqi, co-founder of charity Football for Peace, which led the campaign to bring the squad to the UK, thanked Ms Patel and Prime Minister Boris Johnson for ‘giving these players a future’.

He said in a statement: ‘We’re still waiting to hear through official channels but if confirmed it means that 111 Afghan girls, family and coaches have just had their lives changed forever by Britain.

‘Every single visa approved is a life enhanced, the right to education protected and the freedom to play football preserved. 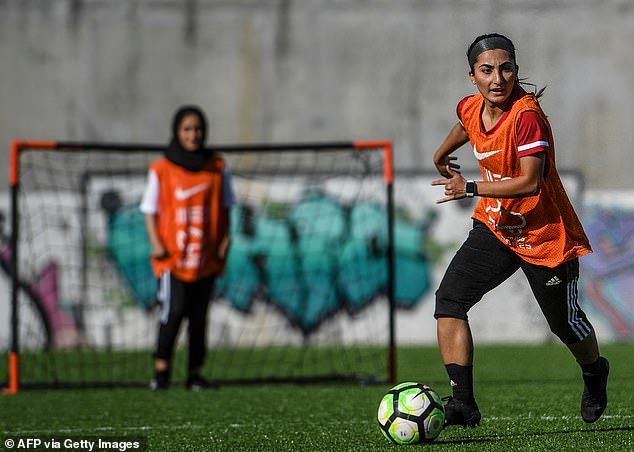 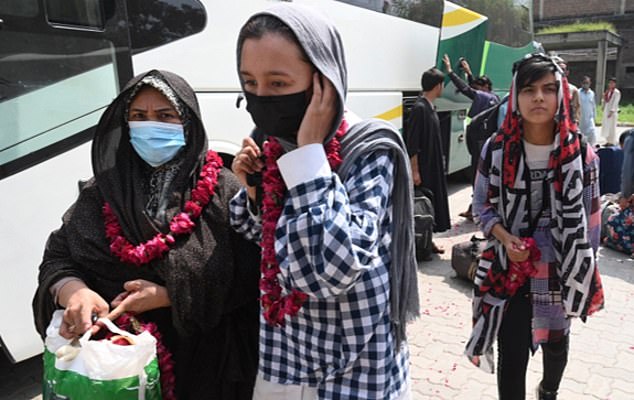 ‘Thank you to Boris Johnson and Priti Patel for listening to us and for giving these players a future in the home of football. Without Britain they faced a return to the nightmare that is Afghanistan; this decision gives them futures potentially playing for Leeds United and other clubs.’

It comes after the Taliban announced it would effectively ban Afghan women from playing sport because ‘their face and body will not be covered.’

‘I don’t think women will be allowed to play cricket because it is not necessary that women should play cricket,’ Wasiq told Australian broadcaster SBS.

‘In cricket, they might face a situation where their face and body will not be covered. Islam does not allow women to be seen like this.

‘It is the media era, and there will be photos and videos, and then people watch it.

‘Islam and the Islamic Emirate [Afghanistan] do not allow women to play cricket or play the kind of sports where they get exposed.’