PICTURED: Afghan is killed during a road trip through the Outback as a ‘very close friend’, 32, is charged with murder – and police reveal a weapon was found near his blood-splattered 4WD

An Afghan man has been charged with the alleged murder of a travel companion after a body was found in the outback.

Major Crime detectives arrested the 32-year-old Victorian man and charged him with murder of Ibrahim Hotak, from Adelaide, on Monday night.

Police said on Tuesday they had seized a possible murder weapon after searching the area where the men’s bloodsplattered 4WD was found. 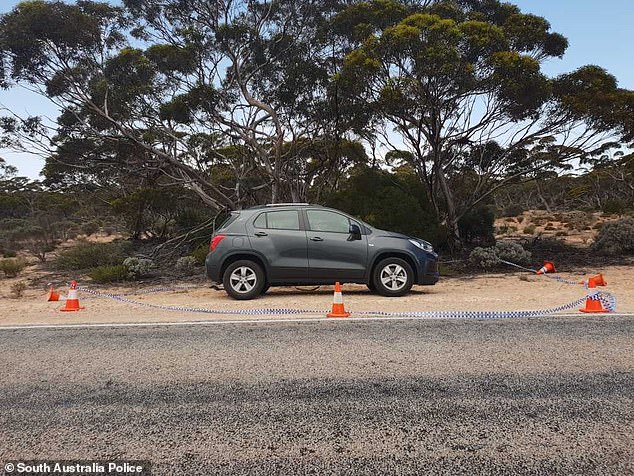 ‘We played cricket with him on Saturday and then he sent me a message saying that he was going to Perth, then he wrote, ‘bye Adelaide’,’ he said.

‘I don’t know how this happened — we’re so shocked. He was so funny, we were having so much fun when he was there at the club.’

The Afghan Cricket Club, Hotak’s former club, changed its Facebook profile picture to black and updated its cover image to a photo of Hotak with the words ‘Rest In Peace’ alongside him.

At about 10.30am on Monday a farmer picked the man up near Nundroo, 786km north of Adelaide, after he said his car had run out of fuel.

The farmer dropped the 32-year-old off at a nearby Aboriginal community where he collected fuel and police agreed to take him back to the TJ Holden wagon.

However upon dropping the man off at the vehicle police allege they noticed blood on one of the car’s panels.

Police investigating the matter believed a second man had been travelling in the vehicle and regarded his disappearance as suspicious. 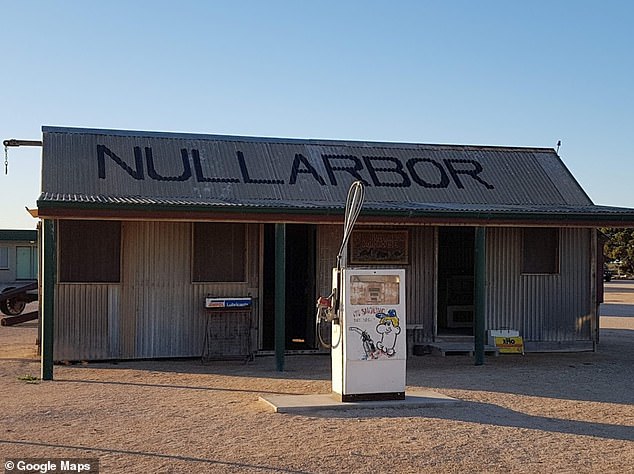 Police discovered his body in a truck stop 79km west of the Nullarbor Roadhouse (pictured) at about 3.30pm that same afternoon

It is also alleged both men, who are originally from Afghanistan, were friends.

As a result of their suspicions police launched a search with sniffer dogs on Monday evening hoping to find the man’s body.

They discovered his body in a truck stop 79km west of the Nullarbor Roadhouse at about 3.30pm that same afternoon.

Eyre and Western Local Service Area Superintendent Julie Thomas told a media scrum that police may have found a possible murder weapon in the area but did not elaborate.

Detective Superintendent Des Bray said police were keen to hear from anyone who saw two Afghan men in the vehicle anywhere from Port Augusta, where it was last seen about 5.46pm on Sunday 16 December, and the Nullarbor Roadhouse, 184 km east of the Western Australia border.

He was refused bail and was set to appear in court on Tuesday. 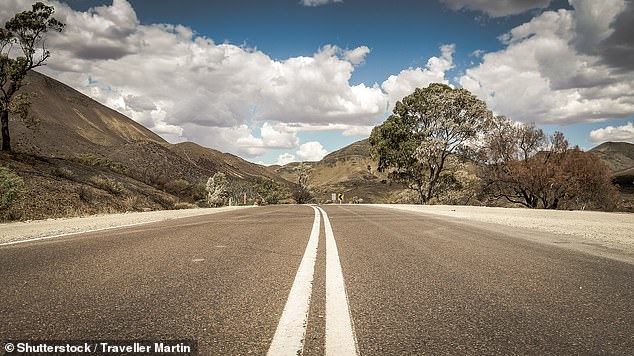 Police are keen to hear from anyone who saw two Afghan men in the vehicle anywhere from Port Augusta, where it was last seen about 5.46pm on Sunday 16 December, and the Nullarbor Roadhouse, 184 km east of the Western Australia border