Afghan farmer Jahantab Ahmadi sits on the ground, her baby resting in her lap, as she focuses on the university entrance exam she hopes will help her fulfil her dreams.

The powerful photo, taken by a professor at Nasir Khusraw private university in central Afghanistan, has gone viral after striking a chord in a country where most women are illiterate and treated as second-class citizens.

The picture has sparked an outpouring of admiration and offers of financial help for the 25-year-old mother of three.

“I don’t want to be deprived of my studies,” Ahmadi, who comes from a remote farming village in Daikundi province where wheat, corn and potatoes provide a meagre income, told AFP in Kabul.

“I want to work outside the house. I want to become a doctor, someone who serves women in my community or society.”

Ahmadi passed the exam after undertaking an arduous journey to reach the provincial capital Nili — two hours on foot through mountains and nine hours in public transport on a bumpy road. 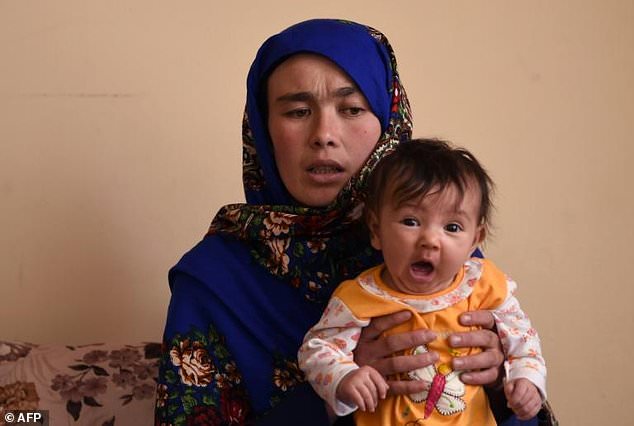 An online GoFundMe campaign launched by the Afghan Youth Association to help pay for her university fees has so far raised more than $14,000 — a fortune in a country where about 39 percent of the population lives in poverty.

Ahmadi appears a little bemused by the attention triggered by the photo of her cradling baby Khizran during the exam last month, which she only found out about later.

“My friends in the village told me ‘you have been photographed’. I said ‘how did I not know that I was being photographed and they said ‘you were concentrating on the paper,” she said, smiling shyly.

At the beginning of the test, which was held outdoors, Ahmadi sat at a desk with Khizran in her lap.

But the infant had an ear ache and would not stop crying. To keep her quiet and not disturb others, Ahmadi sat on the ground in the shade of another person — and kept writing.

“I had to concentrate on the baby and do the paper,” she said.

Ahmadi’s story has resonated with social media users across the country, who have praised her determination to be educated.

“You are a true world champion, you have shown that a Hazara girl can do anything in any conditions or circumstances,” Nazar Hussein Akbari wrote on Facebook, referring to her ethnicity.

Another user posted: “I hope this hard-working woman reaches her goals.” 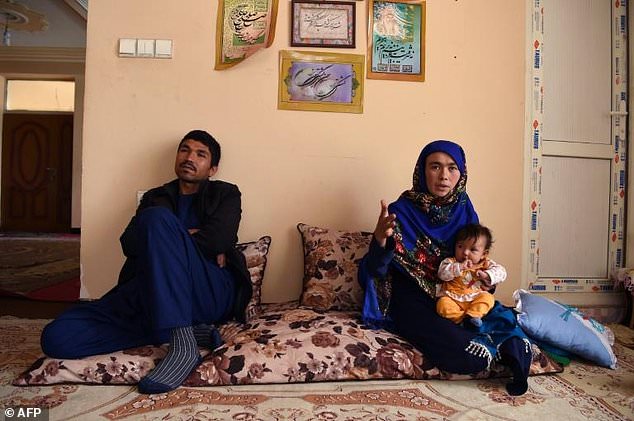 Afghan women’s rights activist Zahra Yagana was also impressed. She contacted Ahmadi and convinced her to come to Kabul to study.

The family is staying with Yagana while she helps Ahmadi get into a private university in the Afghan capital.

“If she had to study in Daikundi it would be difficult for her,” Yagana told AFP at her apartment.

“The standard of education is low. There is no student hostel in Daikundi and she would have to live in a rented house.

“We will give her a house (in Kabul). There are many friends who have promised to help her. We are trying to find a job for her husband and also raise money for her children to go to school.”

For Ahmadi, this would be the fulfilment of her dreams. 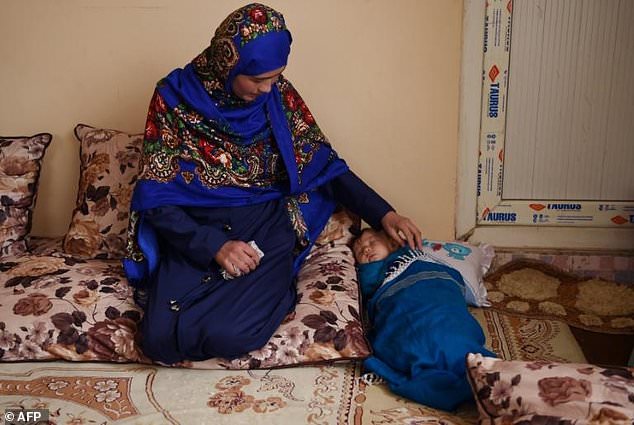 Ahmadi’s life goal was to enter university, but her family’s poverty meant she had to set aside her dreams for years

“My life goal was to get admitted into university,” said Ahmadi, who finished high school after she got married at the age of 18.

“But due to our poor economic situation and poverty I could not afford to study for three or four years.”

Afghanistan’s general literacy rate is one of the lowest in the world — just 36 percent, according to official figures. It is much lower for women.