‘I escaped a warzone and I thought Australia would be safer’: Afghan refugee, 22, is carjacked at gunpoint after offering to help stranger

A 22-year-old Afghan woman fell victim to an armed robbery attack after she tried to help a stranger in need.

Good Samaritan Mahdesa Zafar was reportedly threatened with a gun after coming to a man’s aid following a practical placement shift at Logan Hospital in Queensland.

Ms Zafar, who is studying to be a midwife, says she escaped a warzone to come to Australia and ‘never expected anything like this to happen here’ she told 7 News. 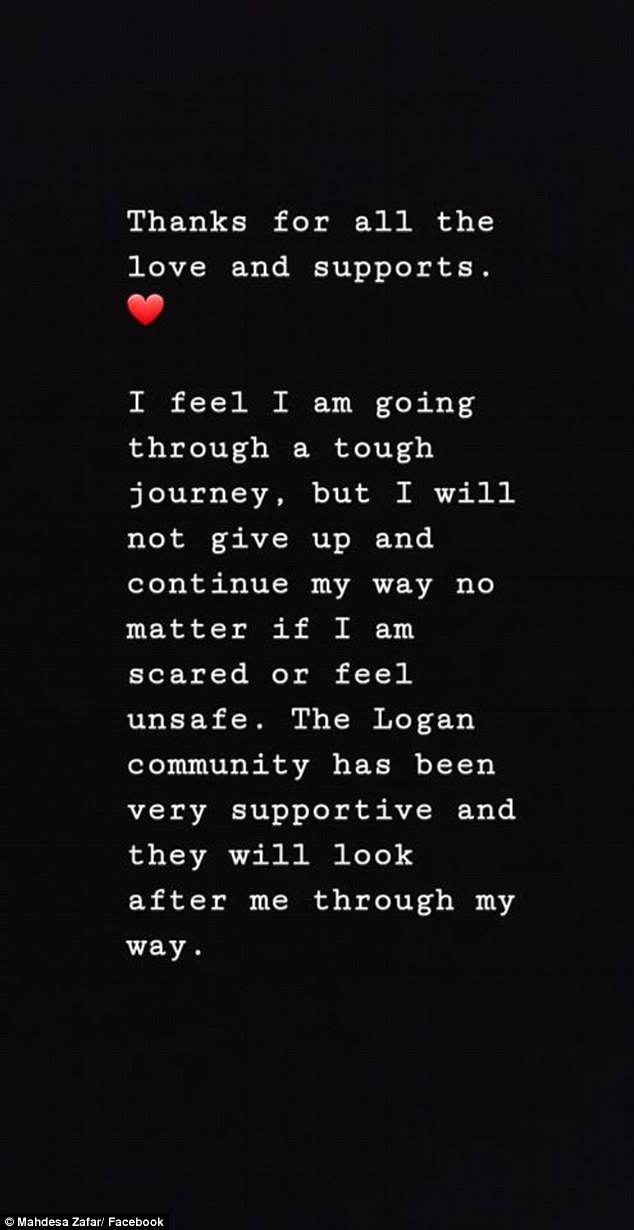 ‘I will not give up’: Zafar posted a message of thanks to her supporters following the terrifying ordeal

While walking to her car Ms Zafar was approached by a man who seemed in need of help but she was unsure of what he needed.

She offered the man a lift and said he was welcome to borrow her phone to call a taxi – only to have her life threatened.

‘I just sat down on the seat and he pointed [the gun] in my face, saying, ‘Give me the keys, give me your phone’,’ Zafar said.

At first she said no but then decided to hand the items over to him and run. The carjacker escaped in her vehicle.

The stolen blue Subaru Impreza is yet to be recovered and has a Queensland registration number of 028XYH.

Police remain on the hunt for the robber and are looking for a man of Pacific Islander appearance, approximately 160cm tall, slim build and black hair. 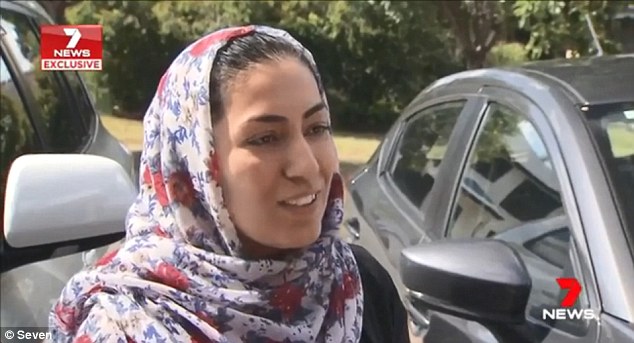