More than 700 Afghan refugees currently in the United States have left the military bases they’ve been evacuated to without intent to return, it was revealed Friday.

The number of ‘independent departures,’ or refugees leaving to start a new life, is more than 300 at Fort Bliss, Texas alone, sources familiar with the data told Reuters.

Roughly 53,000 Afghans were brought to eight different bases across the US after being rescued from Kabul.

When the Taliban took Afghanistan in mid-August, the US military ramped up its evacuation operation and successfully pulled out 123,000 people – mostly vulnerable Afghans.

US officials insist that the refugees leaving now have been thoroughly screened before getting into the country.

But there have been questions from Republican lawmakers over how well people are being vetted after scandals primarily at Fort Bliss and Fort McCoy, Wisconsin.

A man walks with a child through Fort Bliss, Texas, where a group of Afghan refugees were accused of assaulting a female soldier 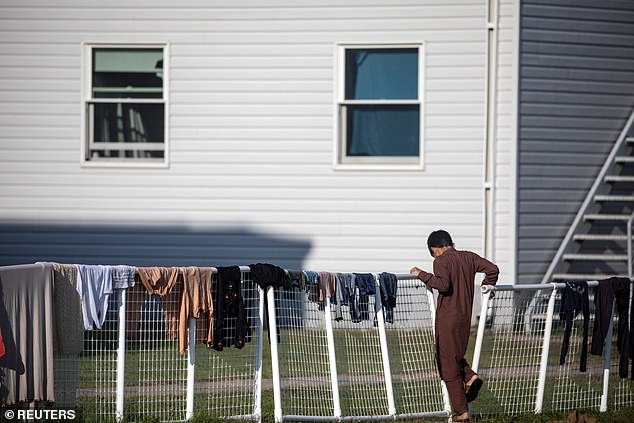 An Afghan refugee stands outside temporary housing at Fort McCoy, which has also grappled with troubling reports

‘We’ve already seen some of the horrible assaults and sex crimes that have taken place. But these terrible assaults will just be the tip of the iceberg of what’s coming if this isn’t shut down,’ he said.

‘These reports about trafficking and the horrific treatment of Afghan girls are in addition to reports that an Afghan male convicted of rape who had previously been deported was brought back during the evacuation,’ they wrote.

‘Such failures are why a group of Senators are demanding answers about what steps are being taken to vet individuals evacuated from Afghanistan.’

It’s not illegal for Afghans who have been brought to US bases to head to other parts of the country, according to immigration experts, and military officials don’t have any authority to keep them there.

The Department of Homeland Security (DHS) declined to comment on the 700 figure but said those who’ve left ‘generally’ have family members or friends within the US. 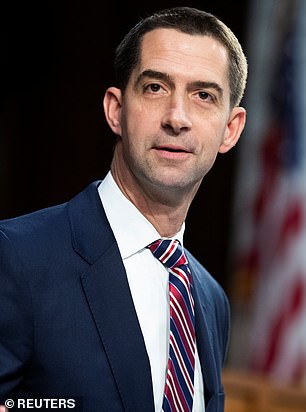 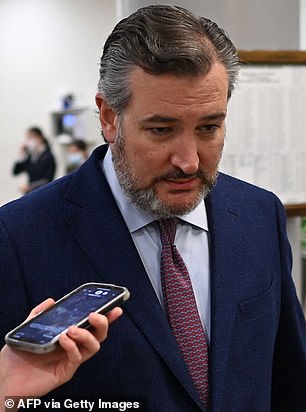 But immigration officials worry leaving before completing the US resettlement pipeline could cause issues for the Afghans themselves.

‘This could lead to years and years of terrible immigration status problems,’ a US Citizenship and Immigration Services official told Reuters.

It’s costing them benefits such as expedited work permits and could create legal problems.

On base they can get their immigration paperwork processed also get cash to help pay for travel to their next destination.

‘Once you leave this base, you forfeit these advantages and may not return,’ it states.

‘The leadership at Fort Bliss told me about one of the refugees who called an Uber and took an Uber to downtown El Paso and they are not detaining anyone there so if 10,000 refugees arrive there, every one of those 10,000 can choose to leave tomorrow,’ Cruz said after an aerial tour of the base.

Fort Bliss came under scrutiny earlier this month after a female soldier was allegedly assaulted by several male Afghan refugees. 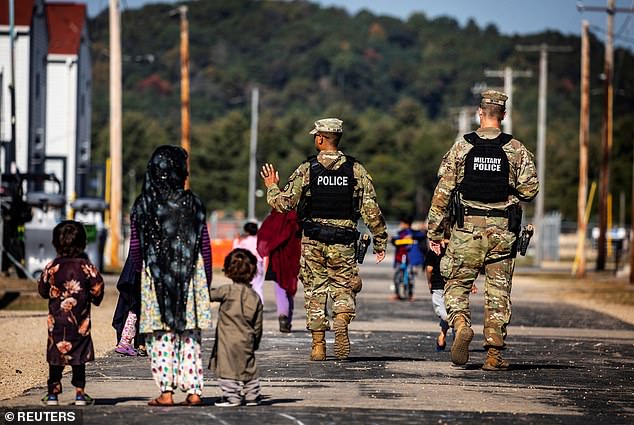 The FBI is investigating the incident. Lt. Col. Allie Payne, a military spokeswoman, told Military Times the soldier received medical care and counseling after the attack.

Senator Johnson, who represents the state Fort McCoy is in, called the charges ‘the latest consequence of the Biden administration’s incompetence.’

A troubling account in Yahoo News from early in September notes reports of ‘purported child brides’ being brought to Fort McCoy.

‘The reality is, overseas the vetting process sucks,’ an official familiar with the reports said. ‘There’s minimal vetting.’

Secretary of State Antony Blinken admitted in a Senate hearing while being grilled by Cruz that there have been a ‘handful’ of cases in which young girls were separated from older men by US officials concerned for the child’s welfare.

Friday’s report notes that the number of refugees who have left each base varies.

But US Northern Command chief General Glen VanHerck pushed back against the claim that some bases have a crime problem.

He told Pentagon reporters on Thursday that the numbers of incidents involving robbery and theft were substantially lower than in the general US population, with only eight cases in six weeks.

Asked what was the limiting factor in getting Afghans processed for resettlement, VanHerck said it was not vaccinations against measles or the coronavirus or security checks.

Instead, it was efforts by U.S. officials to ensure ‘each of the Afghan guests have a great place to land and have assurances for where they’re going to relocate to.’

‘So I understand that, right now, is the limiting factor on output,’ he said.