Eddie Betts felt he was ‘BRAINWASHED’ at infamous Adelaide Crows training camp: Star claims traumatic childhood memories he told counsellors where shouted back at him in front of teammates

Eddie Betts has revealed how he felt ‘like a piece of me was brainwashed’ following Adelaide Crows’ controversial 2018 training camp as the AFL opened up on all the ‘weird s***’ that went on on the Gold Coast.

The Crows undertook a pre-season leadership camp in 2018 in the wake of their Grand Final defeat by Richmond, and the events of that trip led to the departure of a number of players and officials from the club.

Betts made his feelings about the camp known and was subsequently removed from the club’s leadership group, before returning to Carlton the following season.

And now in a tell-all excerpt of his new book, the 35-year-old dubbed the camp ‘weird’ and ‘completely disrespectful’. He also explained how private details shared during counselling sessions were used against him in front of his teammates.

‘The camp ended up appropriating a First Nations peoples’ ritual of a ‘talking stick’ and attempting to apply it to all of us, even the non-Indigenous players and coaches,’ he wrote via Fox Sports.

‘In my view, the talking stick was used incorrectly, and I was not aware that any Elder had given permission for it to be used either. 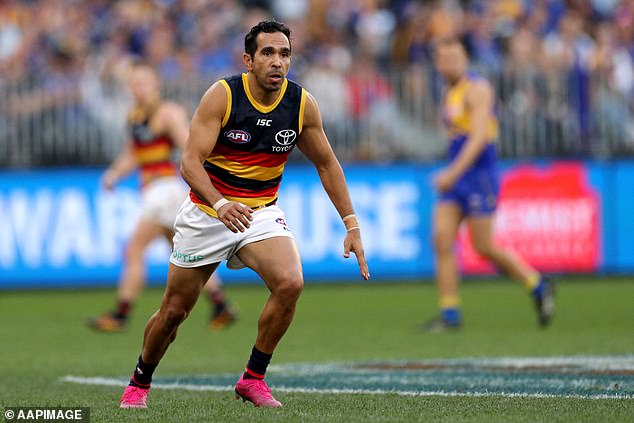 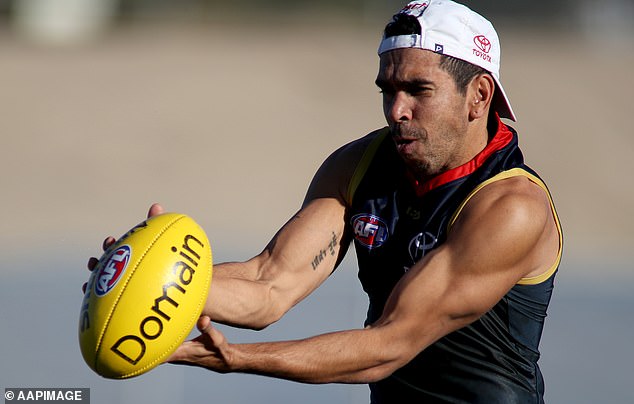 Betts says his partner, Anna, ‘noticed I was starting to get snappy at the kids and I started getting really bad anxiety’, culminating in him opening up on what happened on the Gold Coast.

He also confirmed reports stating that the Richmond theme song was repeatedly played throughout the camp to be true.

In one instance, Betts says he was put into a body harness attached to a rope and told to fight his way towards a knife which he could use to cut himself free, while the camp instructors launched verbal abuse in his direction.

‘Things were yelled at me that I had disclosed to the camp’s ‘counsellors’ about my upbringing. All the people present heard these things,’ he wrote.

‘I was exhausted, drained and distressed about the details being shared.

‘Another camp-dude jumped on my back and started to berate me about my mother, something so deeply personal that I was absolutely shattered to hear it come out of his mouth.’