‘A bigger disaster than Meat Loaf!’ AFL Grand Final pre-show act Tones and I branded ‘shocking’ by raging footy fans… while rocker Paul Kelly is praised for ‘saving the day’

It’s the build-up to the biggest game of the year watched by millions of viewers across Australia.

But seething AFL fans were left deflated by the Grand Final’s ‘shocking’ pre-show entertainment – branding act Tones and I as ‘a bigger disaster than Meat Loaf’.

One punter raged: ‘The worst performance ever! Tones and I were dreadful, it made Meat Loaf look like a Grammy winner! It made Port Adelaide’s 2007 effort great!’

The people have spoken: Tones and I (pictured) performed during the AFL Final pre-game entertainment – but failed to be a hit with fans

Another fan seethed: ‘Worse entertainment for as long as I’ve been alive. Shocking. Tones and I? Who approved her s**t music as suitable for such an event?’

‘If this is what AFL is going to dish up as pre-game entertainment they are better off having none,’ quipped one disgruntled punter.

While another said: ‘Can we please just skip all this s**t entertainment?’ 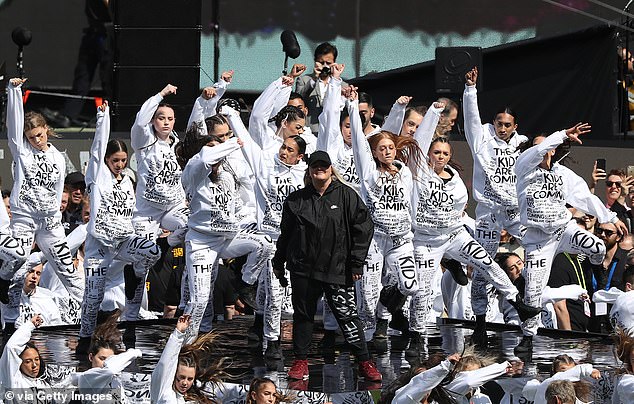 Not quite a hit: The solo pop singer belted out her hit single Dance Monkey on-stage, moments before Richmond went head-to-head with the GWS Giants

The solo pop singer belted out her hit single Dance Monkey on stage, moments before Richmond went head-to-head with the GWS Giants.

However, it appears the Frankston-born singer did have some fans, with one viewer gushing: ‘Great performance from Tones and I’.

She wasn’t the only act to perform – with Dean Lewis also taking to the stage, and Conrad Sewell performing the national anthem.

But it was rock legend Paul Kelly who stole the show, belting out Leaps and Bounds for the waiting crowd who lapped up his every beat. 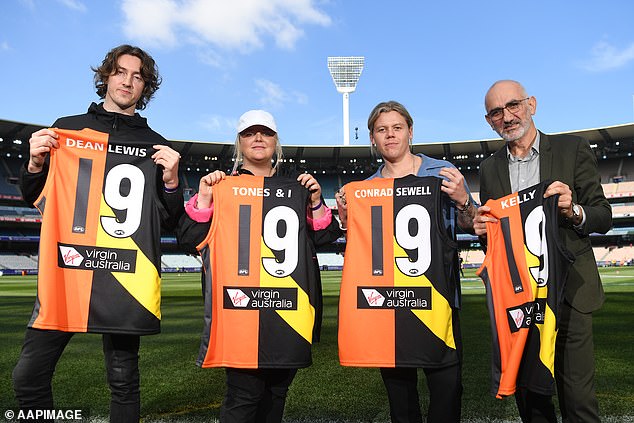 Met with praise! Paul Kelly wowed fans with his performance of Leaps and Bounds

While another added: ‘It was terrible then Paul Kelly came in at the end to save the day.’

Last year, The Black Eyed Peas were the pre-match act before Jimmy Barnes. Other big names who have played before the game include The Killers, Sting and Tom Jones. 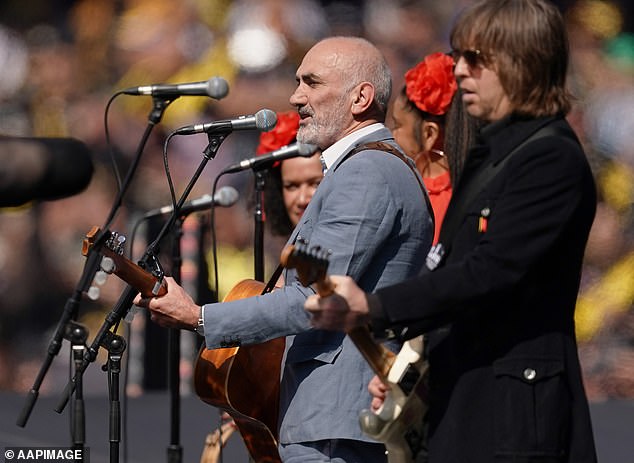