Will Richmond rise or are the Giants glory-bound? All you need to know about the AFL Grand Final as excitement for the decider reaches fever pitch

The Greater Western Sydney Giants could win their first flag as they prepare to take on the Richmond Tigers in the 2019 AFL Grand Final.

While the Tigers hope to add to their growing trophy cabinet, the underdogs could make club history as the ball prepares to drop in the coming hours.

Scores of fans have begun to flood the Melbourne Cricket Ground for a day which promises nail-biting footy and entertainment.

Here, Daily Mail Australia explains all the things you need to know for the season decider. 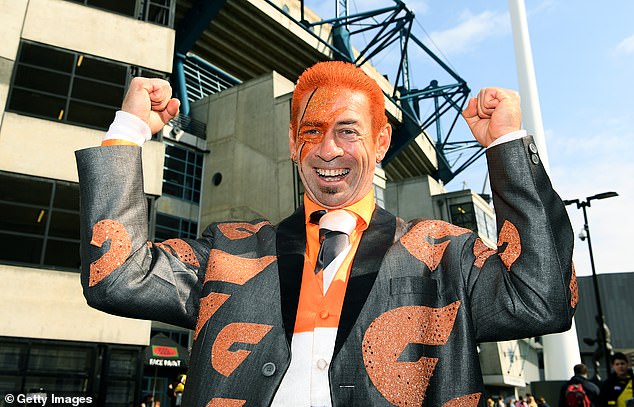 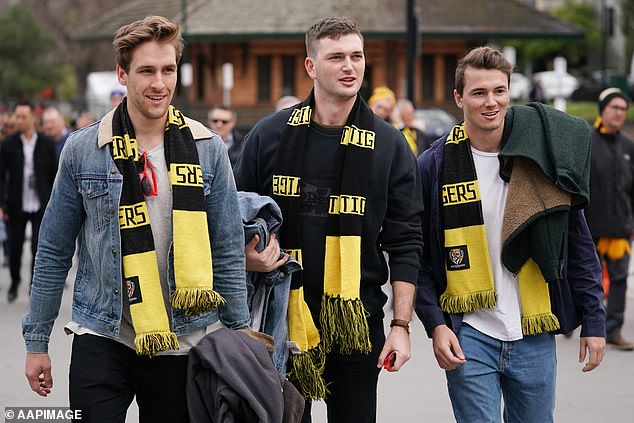 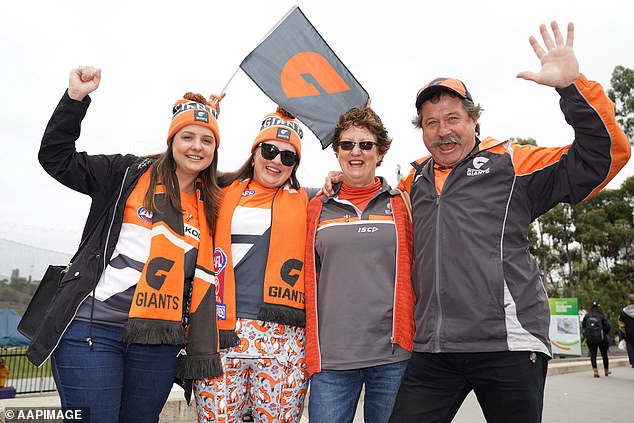 GWS fans were all smiles as they arrived at the ground on Saturday, in the hope their team can win their first trophy

WHEN DOES THE GAME START?

The game is scheduled for 2.30pm at the Melbourne Cricket Ground.

Viewers seeking action from their TV screens can tune in on Channel 7.

WHO IS THE GRAND FINAL ENTERTAINMENT?

Paul Kelly is headlining the Virgin Australia Pre-Game Show and will be supported by Dean Lewis and Tones and I. 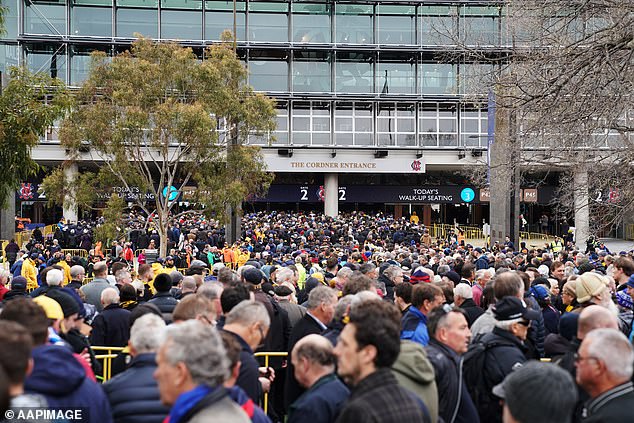 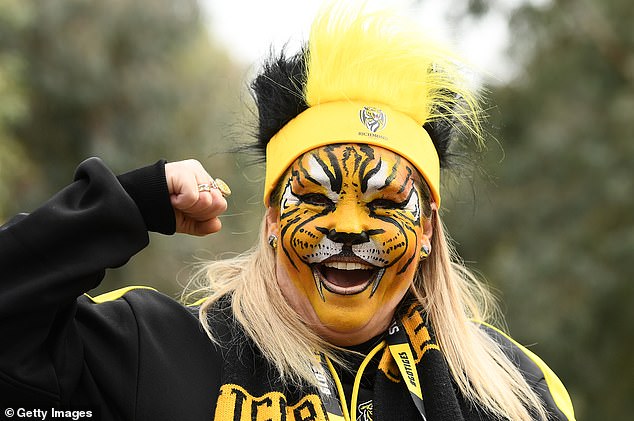 If Richmond Football Club win Saturday’s final they will be crowned premiers for the 12th time in the club’s history.

The Tigers last won the cup in 2017 against Adelaide Football Club, where they beat the Giants in the preliminary final.

There is arguably more on the line for grand final rivals and underdogs GWS, who first entered the AFL in 2012.

In their debut season, GWS won only two matches and lost by more than 100 points five times. They were wooden spoons for their first two years in the competition.

A win on Saturday – their first grand final appearance – would mark the club’s first season victory. 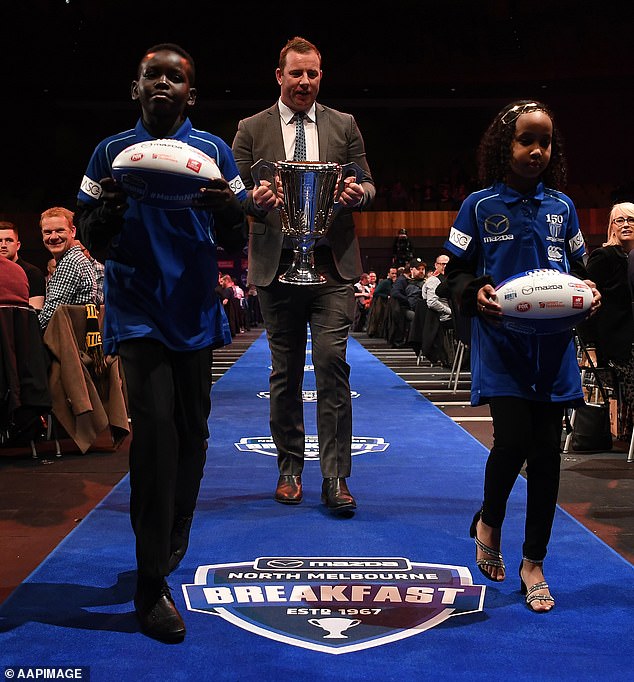 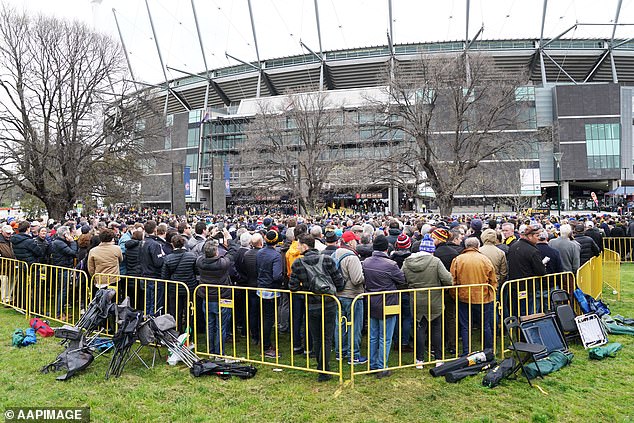 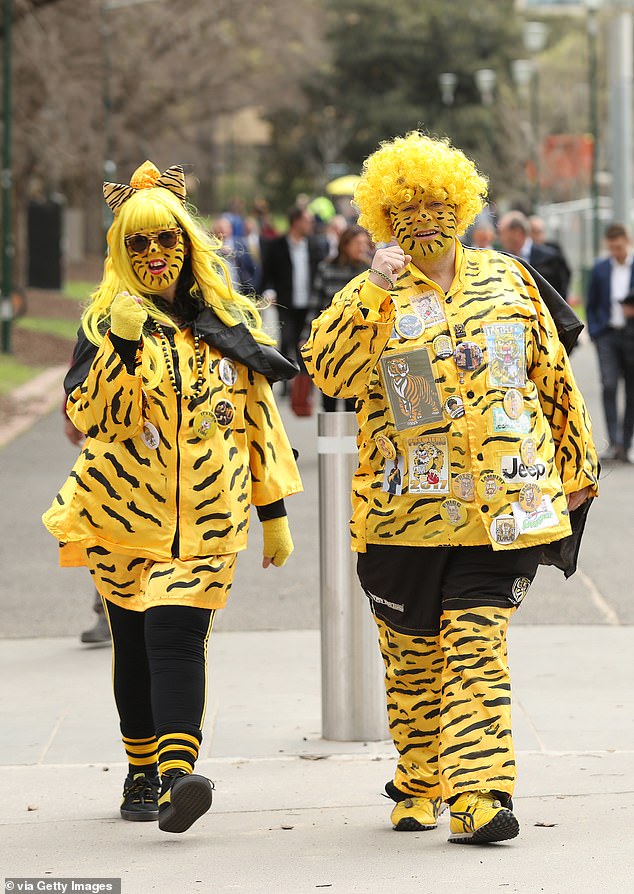 HOW’D THEY GET THERE?

Richmond and GWS were two of the eight teams to earn a sport in the final series. They finished third and sixth respectively.

It is the first time since 1980 that first or second place did not secure a spot in the last game.

The Giants defeated Collingwood 56 to 52 to nail themselves a position in Saturday’s decider, while Richmond battled from 21 points down to knock off Geelong Cats on Friday.

Brownlow Medalist Dustin Martin, 28, is expected to deliver on the grand stage but all eyes will be on GWS tagger Matt de Boer, who managed to keep the Richmond midfielder to just 15 touches in round three.

During the same game, Martin was suspended for striking Adam Kennedy off the ball in a match the Giants won by 49 points.

Marlion Pickett, 27, will play his first AFL game for the Richmond Tigers on Saturday. Pickett will be the first player to debut in the the VFL or AFL Grand Final since Collingwood’s Keith Batchelor in 1952.

He was picked for the Tigers in the mid-season draft in May and called up for the final after Jack Graham was ruled out with a shoulder injury. 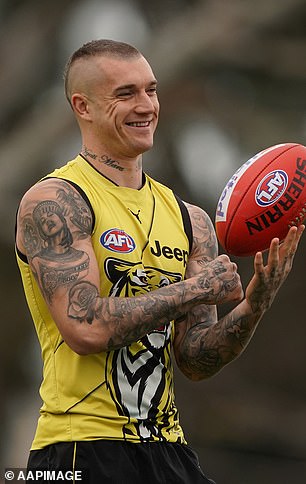 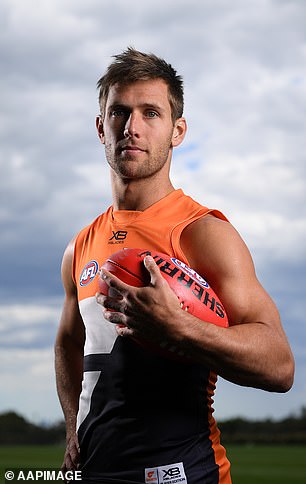 (Through Sportsbet at 10.30am AEST Saturday September 28)

10am: Under-17 NAB All Stars Futures game