Former AFL coach and premiership star Dani Laidley has been spotted in Melbourne, amid speculation she’s planning to write a tell-all memoir about her life and transition into a woman.

The former North Melbourne player and coach, 54, formerly known as Dean is believed to have already been approached about a potential book deal as her process of gender transitioning continues.

Laidley rocked a casual all-black ensemble as she stepped out to run shopping errands in Melbourne on Saturday during week four of lockdown.

She chose a casual outfit of skinny black jeans and a fitted athletic jacket as she ducked into the chemist to pick up essentials before heading home.

She matched her outfit with an incorrectly-fitted mask, leaving her nose uncovered, risking a fine of $200 if caught.

She opted to wear her blonde hair out with glasses and Givenchy open toe sandals to complete the look.

Sources close to Laidley claim she’s keen to tell her story is her own words but wants to get feedback and the blessing of her family before making the first step.

Sources in publishing circles have hailed Laidley’s memoirs as a potential ‘walk-up bestseller’ and could be on bookstore shelves within two years, the publication added.

Her transitioning to a woman became public in May 2020 after she was arrested for allegations of stalking and committing an indictable offence while on bail.

Photo including Laidley’s mug shot and another of her in an interview room wearing a blonde wig and dress were shared among Victoria Police officers and on social media, where she was described as ‘full blown tranny’ in an officer WhatsApp group. 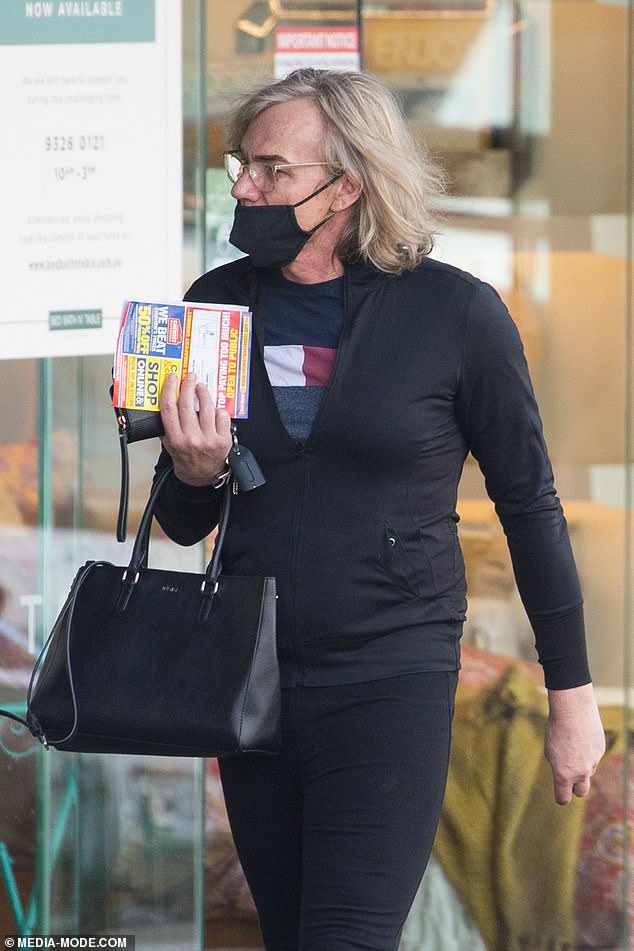 The images were also leaked to media outlets, which made headlines around the country.

Laidley was later sentenced to an 18-month good behaviour bond, without conviction, for stalking her estranged partner.

Other charges were also dropped following completion of a drug diversion program.

Six police officers were each ordered to pay $1000 to $3000 in compensation to Laidley, along with 12-month good behaviour bonds.

Internal sanctions were handed down to five other officers involved.

Dani Laidley was spotting running errands on Saturday, amid reports she’s planning to write a memoir about her life from AFL player and coach to transition as a woman

Laidley is to appear in court later August after being charged with a court-imposed order.

Laidley played 151 AFL games for West Coast and North Melbourne, where she won a premiership in 1996 and coached the Kangaroos from 2003 to 2009.

She later spent time as assistant coach at Port Adelaide and Carlton.

Former North Melbourne teammates Anthony Stevens, David King and Brent Harvey, along coaching legend Mick Malthouse are among those who have been a pillar of support to Laidley in recent times. 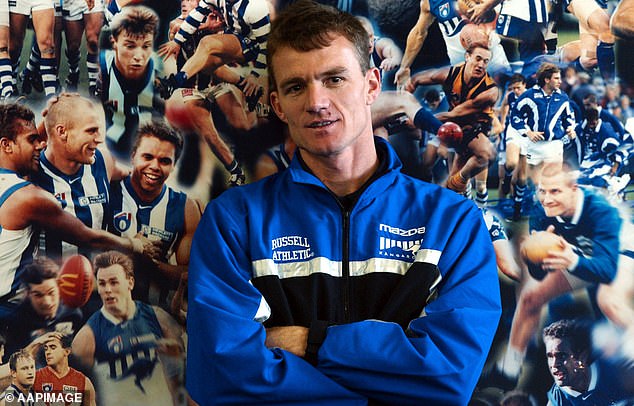 Formerly known as Dean, Dani Laidley was a former AFL star and coach