Footy star who fought lockdowns opens up on the ‘scariest, most brutal’ two weeks of his life in ICU with Covid AND a bad reaction to the Pfizer jab

An AFL player has opened up about the ‘scariest, most brutal’ two weeks of his life after getting seriously ill with Covid and wondering if he would die.

Former Western Bulldogs star Paul Dimattina had to be put in intensive care after a bad reaction to a coronavirus booster shot and then contracting Covid-19.

Dimattina, 47, is immunocompromised with myasthenia gravis, an autoimmune disease that causes muscle weakness. 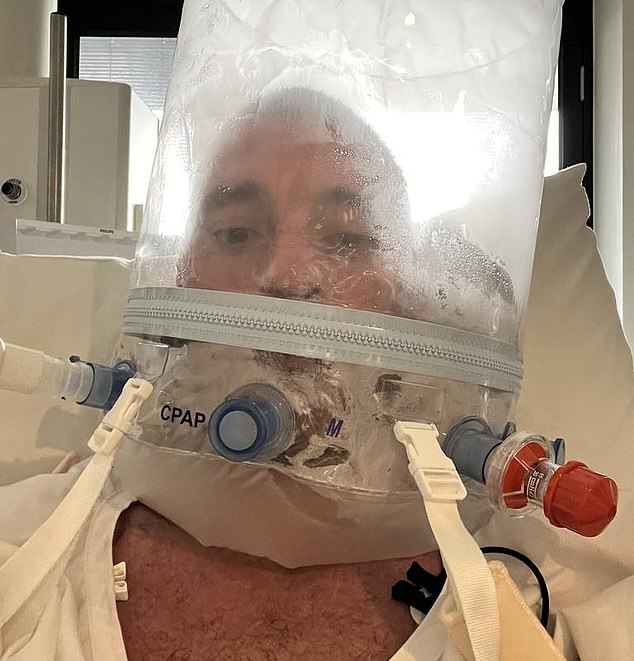 ‘That was the toughest, scariest, most brutal two weeks of my life,’ Dimattina told the Herald Sun after leaving hospital.

Dimattina thanked the doctors and nurses who treated and cared for him and helped his recovery.

‘It was the most brutal, tough, isolated and scary time of my life. There were times I actually wondered if I’d pull through,’ he said.

Dimattina spent six days in ICU and four days in the ward at The Alfred Hospital in Melbourne.

His sudden ill health was unexpected as he was feeling well, did 8km and 10km runs on successive days, and had his Covid booster shot.

‘I was double AZ (AstraZeneca) vaxxed, I had the Pfizer booster and did have a bad reaction to it,’ he said.

But then he caught Covid, which is much more likely to happen to immunocompromised patients even if they are vaccinated, and his health rapidly deteriorated.

‘I am auto-immune compromised so the doctors at The Alfred said it was like a perfect storm, a reaction to the booster, Covid and my underlying health issues,’ he said. 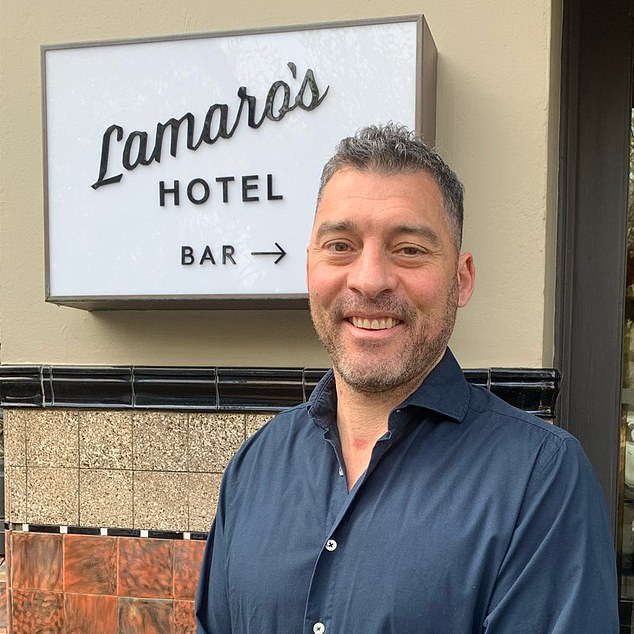 He said the ambulance got to his house in five minutes and then got him to the hospital in another five minutes, while giving him oxygen and calming him down.

Dimattina has criticised the lack of support for businesses during Covid lockdowns and restrictions.

He said in June that Victoria’s repeated lockdowns caused ‘financial Armageddon’ and his restaurant was losing a fortune.

Dimattina has run his family restaurants on Melbourne’s famous Lygon Street and his own wine bar in South Melbourne since retiring, claiming the latter, Lamaro’s, is haemorrhaging $28,000 a week.

‘It’s financial Armageddon for businesses here,’ he said at the time.

Dimattina said the reality of the prolonged lockdowns caused huge financial heartache for him as a business owner and also his staff as he had to lay some of them off.

‘People will turn to whatever they can to put food on their table so you can pay your rent. For some… this could lead to crime, to selling drugs, to prostitution,’ he said.

He turned down a request from the Liberals to run for them at the 2022 Victorian election and has since helped form a new political party, the Victorians Party.