Long-serving footy champions like Luke Hodge and Scott Pendlebury could have money raked from their retirement funds as the AFL looks to divert cash promised to them to the AFLW instead.

The Age has reported that the AFL owes $55 million – the equivalent of the salary cap of four AFL clubs – to past and current players as part of contractual deals struck in 2017 and during the Covid pandemic.

Those funds are due to be deposited into the men’s players’ retirement funds by the end of May, but the AFL is now looking to rip a ‘sizeable chunk’ out of that deal and pay it to AFLW players instead.

It is understood that both men and women’s players are opposed to the proposal, with the AFLW wanting their players to be funded independently, not by taking money away from the men’s players.

If the proposal has legs, it would be a hammer blow for the likes of premiership winners Hodge and Pendlebury who are owed substantial amounts of money from the $55 million.

The longer players were in the game, the more money they are owed – meaning the former Hawks skipper and Collingwood midfielder could be out of pocket by a large amount. 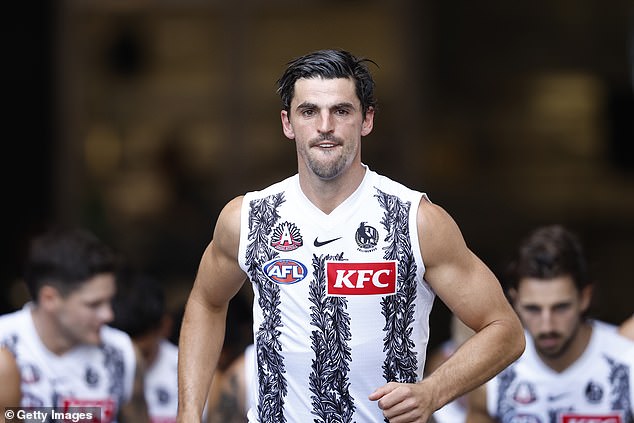 Collingwood legend Scott Pendlebury would be majorly impacted when he retires

The AFL Players Association has reportedly rejected the proposal, but the AFLPA declined to comment publicly on the issue.

AFL players took large haircuts in 2020 and 2021 because of the Covid pandemic and the players view is that they are entitled to the full amount of $55 million they are contractually owed because the game performed better than forecast.

Important to note that the AFLW players have backed their male counterparts over $55m owed by @AFL & due end of May. The W players are negotiating a pay deal now. The men & women haven’t fractured on this as they might have.

AFL fan Andrew Ferris applauded the AFLW players for wanting their own deal in a Facebook comment.

‘Whatever the deal, it was agreed to and a contract. They need to pay up. The players already took a hefty pay cut, the league has bounced back, pay up. Good on the women’s league wanting their own deal independent and not getting drawn into [the] saga,’ he said.

Frank Kozmet reckons the money would be better spent improving the spectator experience.

‘There’s way too much money sloshing and slushing around in professional sports. Perhaps use the money to lower the cost of tickets,’ he said.

Some fans believe the AFL should stump up the money to fund the AFLW itself, rather than take from the men’s players.

‘The AFL isn’t short of money, cough up the money yourselves if you want the womens league to be properly funded,’ Nigel Minton said on Facebook.

‘Maybe make some serious cuts in AFL headquarters that’s where all the fat is – overstaffed and overpaid in comparison to other sporting bodies,’ Bill Fox Tweeted. 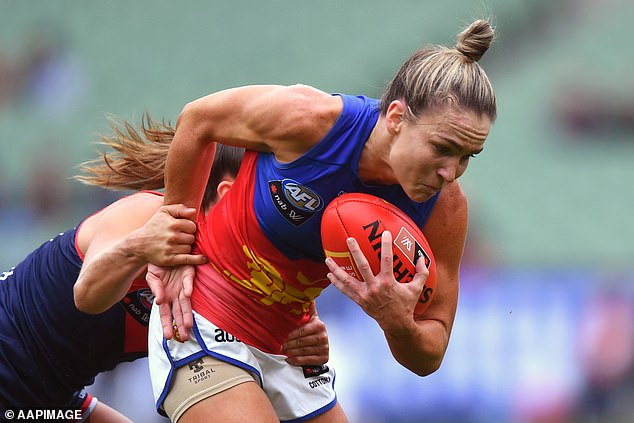 Then there were the vocal detractors of the AFLW who also chipped in their two cents.

The women should have always created their own league on their own bat.. whatever happened to equality? I am woman I am strong. The truth is that the women’s league isn’t any good and it will never be any good. It’s totally unwatchable. There I said it,’ posted Randy Watson

‘Wokeness stupidity again….AFLW a isn’t even the same product as AFL. The players are right to reject this nonsense,’ an anonymous profile posted.