The AFL will reportedly step in after superstar Dustin Martin was caught on camera giving the middle finger to an opponent during a mid-match argument.

The Richmond player made the offensive gesture before tapping his nose and making a snorting motion in the middle of the game against Greater Western Sydney Giants on Saturday.

The 27-year-old, who had missed a shot for goal in the second quarter, reportedly directed his physical slur and alleged drug reference at Giants’ ruckman Shane Mumford.

Martin is also understood to have said: ‘Have another f***ing line’.

The snorting gesture reportedly made reference to a video of Mumford snorting a white powder while being merrily goaded by pals.

The video is believed to be a few years old, but was unearthed in 2018.

The AFL will look into the on-field spat as part of a match review on Monday, according to a Channel 7 reporter.

At the time the video surfaced Mumford accepted a $25,000 fine and a voluntary strike under the AFL’s illicit drugs policy. 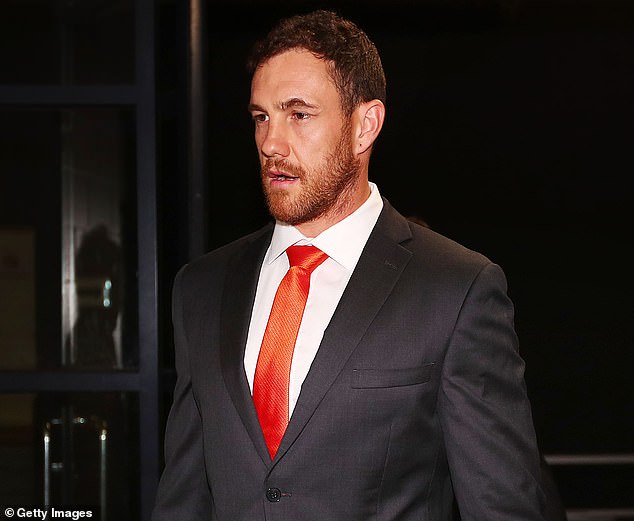 Fans of the game had also taken to social media to slam the heavily-tattooed sportsman’s actions in the aftermath of the mid-match incident.

‘Dustin Martin might be good at footy but has no class,’ one wrote.

‘So we have idiots like Dustin Martin running around our footy fields in front of our kids. What a disgusting grub he is. Get rid of scum like this,’ another implored.

‘I’m offended by that middle finger by Dustin Martin,’ a third simply said. 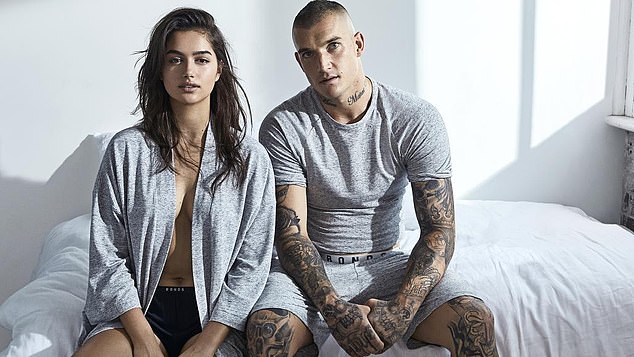 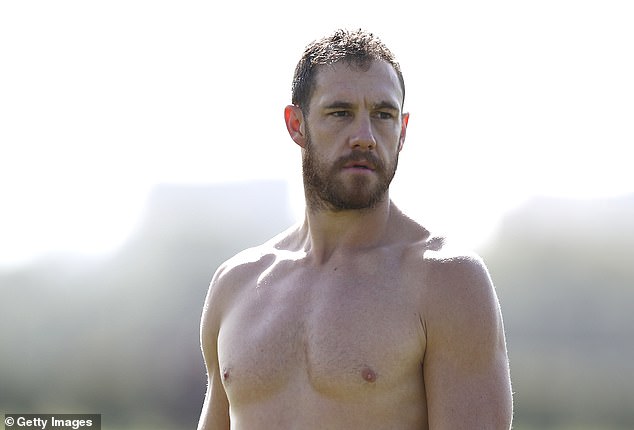 Martin, who had missed a shot for goal in the second quarter, reportedly directed his physical slur and alleged drug reference at Giants’ ruckman Shane Mumford (pictured)

A forth wrote: ‘Dustin Martin giving someone the finger? All class’.

The Tigers star also caused controversy elsewhere on the pitch.

During the match he elbowed an opponent in the back of the head as he ran past them, which resulted in a free kick.

Richmond football club may now also have a serious injury to contend with.

Jayden Short appeared to dislocate his elbow in the first quarter.

The Sydney Giants defeated Richmond by 19-10. 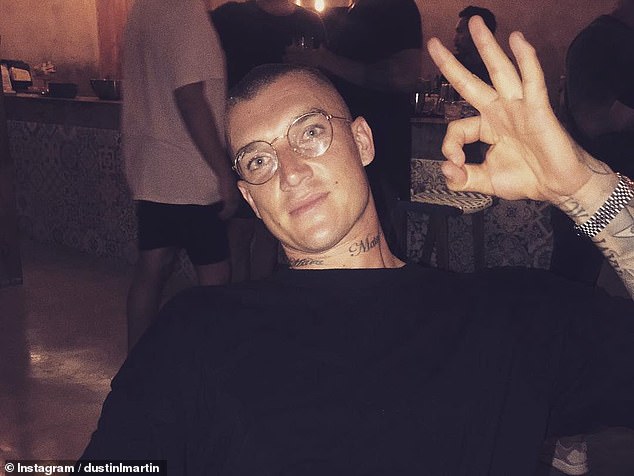