Indigenous AFL star Willie Rioli has weighed in on the Australia Day debate after being accused of using an energy drink to tamper with a urine sample.

The West Coast Eagles star took to Instagram to share his thoughts on the national holiday, posting an image of his shirt with a heart featuring both the Australian and Aboriginal flags inside.

‘Let’s celebrate our country today but please take a moment to remember our past an (sic) what our people have suffered from,’ Rioli captioned the post.

Willie Rioli has weighed in on the Australia Day debate, posting an image of this shirt with the caption ‘Let’s celebrate our country today but please take a moment to remember our past an (sic) what our people have suffered from’ 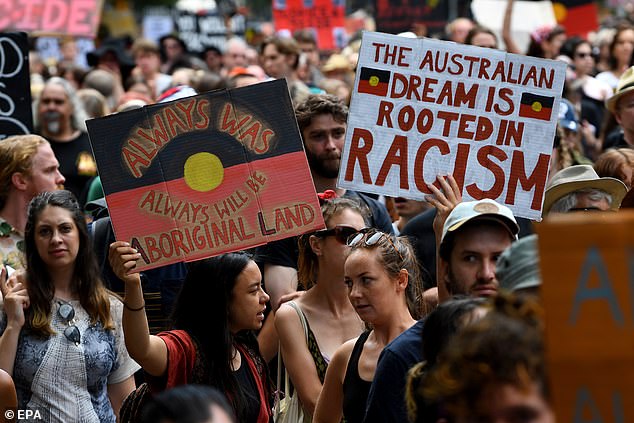 Thousands of people joined Invasion Day protests in cities across Australia on Sunday to mark the beginning of British colonisation of the vast continent. Pictured: protesters in Melbourne on Sunday

The Australia Day debate has continued this year, with various Invasion Day protests being held around the country, along with further calls to change the date.

January 26 marks the date of European settlement, and is a day of sorrow and sadness for our Indigenous people, with many believing that celebrating Australia Day on this date creates a divide in our country.

Many high profile celebrities and sports stars including Chris Hemsworth and Nic Naitanui have advocated to change the date.

Labor leader Anthony Albanese spoke on 2GB Radio last week, and backed Rioli’s sentiment that we should acknowledge the ‘devastating impact’ colonisation had on Indigenous Australians, but he supported the date staying the same. 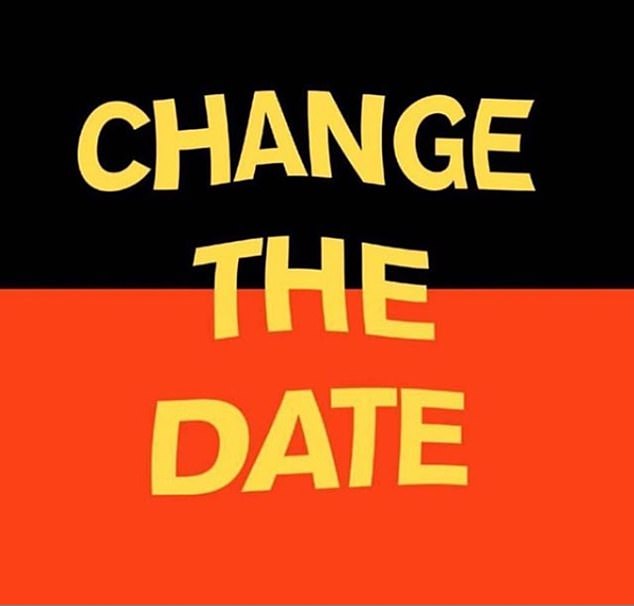 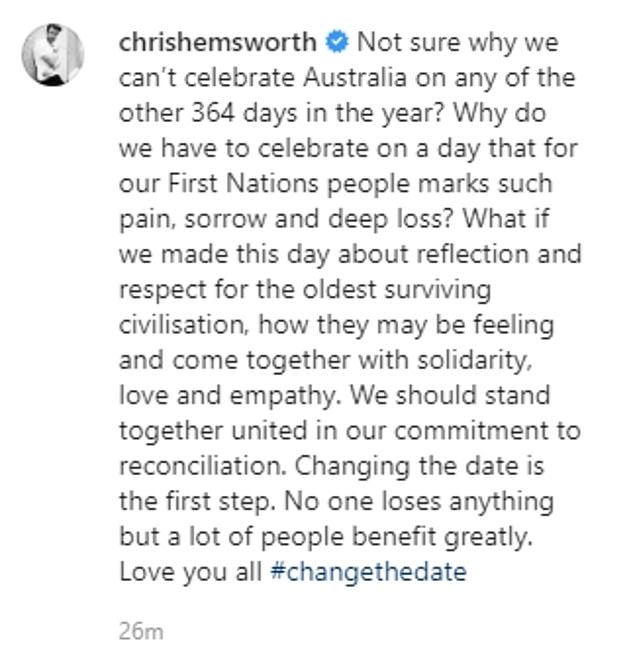 The actor wrote at length in his caption: ‘Not sure why we can’t celebrate Australia on any of the other 364 days in the year? Why do we have to celebrate on a day that for our First Nations people marks such pain, sorrow and deep loss?’

‘I think that we do need to recognise that Australia Day for Indigenous Australians is a difficult day,’ Albanese said.

‘One of the things we need to do is seek ways to unite Australia, rather than engage in culture wars. It’s really counterproductive.’

Rioli is facing a potential four year ban for allegedly altering a urine sample during the 2019 AFL season.

The 24-year-old was stood down by the AFL after an ‘adverse finding’ was allegedly found in a drug test in August. 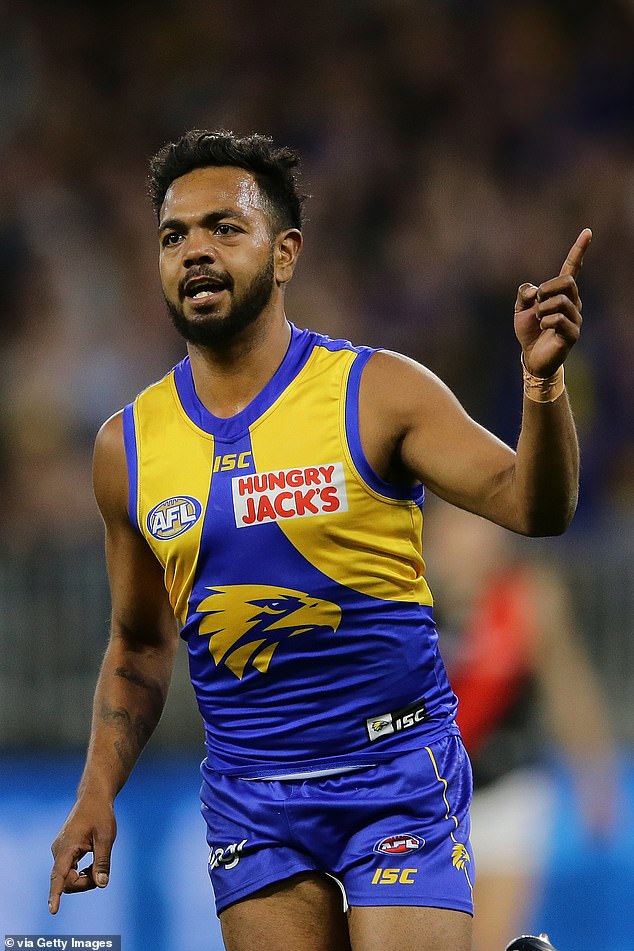 There were reports Rioli ‘panicked’ and allegedly poured an energy drink into a drug-test beaker but got caught by ASADA officers.

He also tested positive for cannabis after the Eagles’ elimination final loss against Essendon in September.

Rioli returned to training with the Eagles in January, but won’t be allowed to compete in AFL competitions or any WADA-compliance sport, including the WAFL while indefinitely suspended. 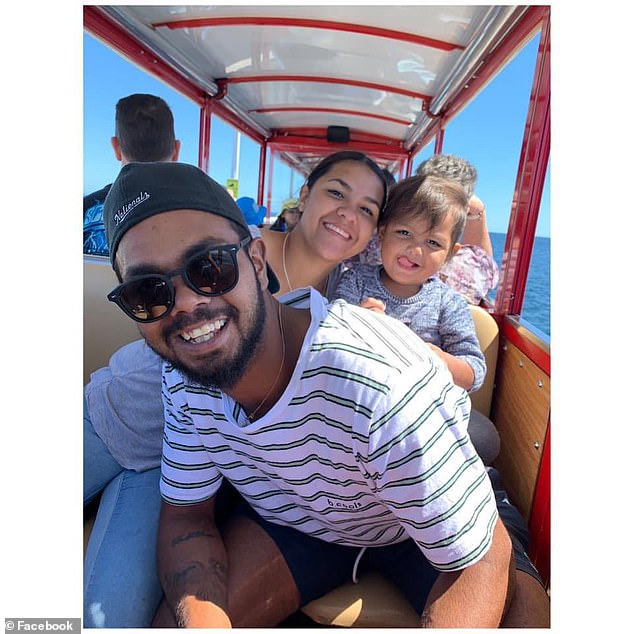 Rioli has returned to training with the Eagles, but is not allowed to play in AFL competition due to his indefinite suspension. Pictured: with his partner Lucy and their son Martin