AFL star is Dayne Beams was taken to hospital after being injured in a car crash on his 30th birthday.

The Collingwood midfielder spent a night in hospital with minor injuries after the smash in Melbourne’s eastern suburbs on Thursday evening.

A statement from the Pies read: ‘Collingwood can confirm that Dayne Beams was involved in a motor vehicle accident yesterday afternoon.’

The circumstances of the crash are unclear,  but it was reported that Beams was the only person injured during the accident.

The crash came on the same day his wife Kelly Beams wished him happy birthday on Instagram.

She wrote: ‘Happy 30th Birthday to this old guy!’

Beams won the medal in Collingwood’s 2010 premiership after what was the just the third drawn Grand Final in AFL history.

Collingwood eventually took out the victory against St Kilda by 56 points in a replay.

He stepped away from the AFL indefinitely in December to deal with mental health issues. 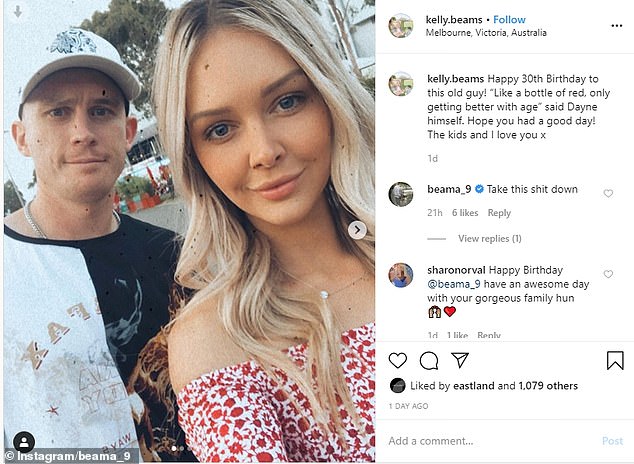 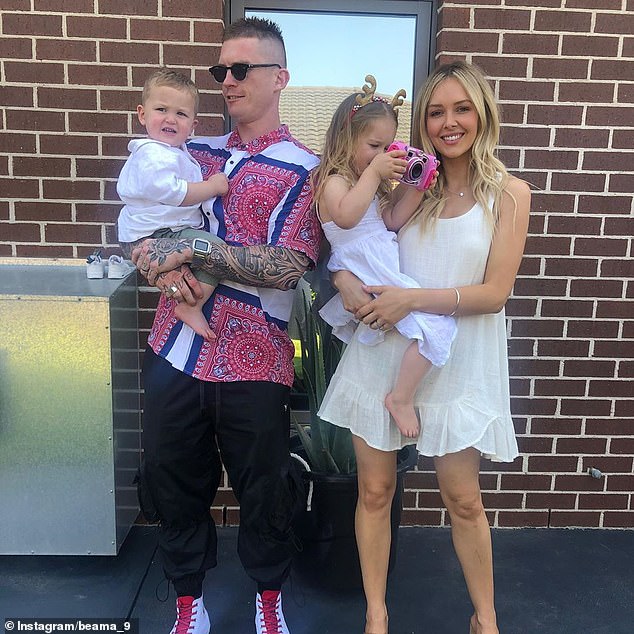 The couple are pictured together with their two children