Jimmy Bartel is becoming a father for the third time.

The former AFL star, who shared two sons with ex-wife Nadia, announced the good news via Instagram on Saturday.

The 38-year-old and his partner Amelia Shepperd held a gender reveal party over the weekend to announce the sex of the child – a baby girl.

Jimmy’s sons Henley, three, and Aston, six, were present at the party, popping a balloon that exploded to reveal a flurry of pink confetti. 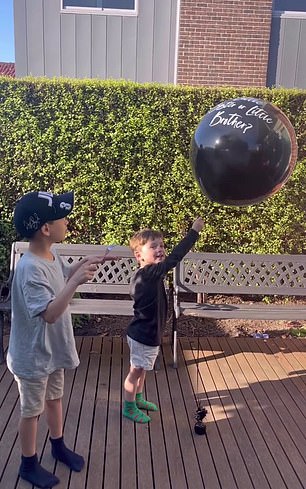 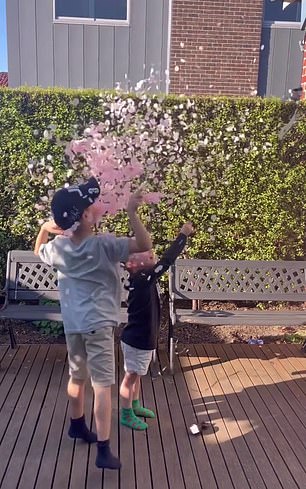 Jimmy’s sons Henley, three, and Aston, six, were present at the gender reveal party, popping a balloon that exploded to reveal a flurry of pink confetti

Jimmy and Amelia celebrated their one-year anniversary together back in August.

At the time, Jimmy shared a blurry photo of the couple kissing to Instagram and wrote: ‘It’s been a blur, but what a year with you. Love you.’

He debuted his relationship with Amelia in December, with the announcement also confirming his split from former girlfriend Lauren Mand.

In a post on Instagram at the time, the Geelong great shared a photo of himself kissing Amelia in front of the Sydney Harbour skyline. 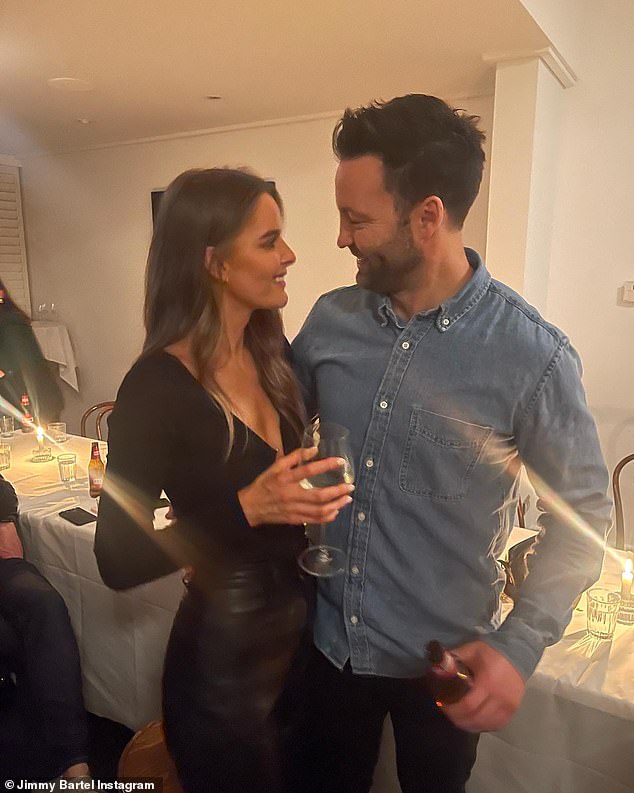 According to her LinkedIn profile, Amelia worked as the executive assistant to the managing director and chief operations officer of Queensland Rugby League from July 2019 to March 2021.

She recently returned to her home city of Melbourne after spending several years in Brisbane for her job.

According to a well-placed source, Amelia met Jimmy after they began following each other on Instagram.

They have reportedly been together ever since he split from Lauren, 32, whom he began dating after his separation from ex-wife Nadia Bartel in 2019. 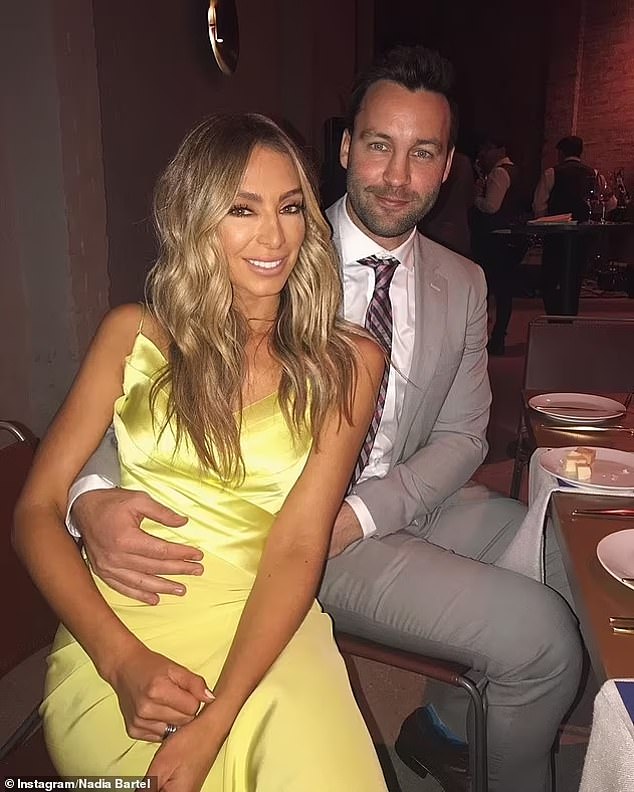 Jimmy split with his ex-wife Nadia back in 2019. Pictured together