AFL star Tom Hawkins has been reunited with his wife and two young girls after spending six weeks apart because of coronavirus.

The Geelong power forward was pictured embracing wife Emma, along with daughters Arabella and Primrose in Queensland on Thursday.

The 32-year-old travelled to the Sunshine State six weeks ago with his team in an AFL hub.

After quarantining for two weeks following the trip from coronavirus-riddled Victoria, Mrs Hawkins shared her family’s emotional reunion on Instagram. 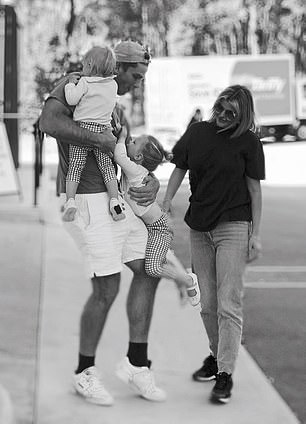 ‘Reunited after six weeks!’ she wrote.

‘It’s the longest we have ever been apart as a family since we decided that we were going to be a family.’

Mrs Hawkins said it had been an ‘intense’ two weeks living with her young daughters in isolation.

‘We are so lucky we are able to come and spend some time as a family in Queensland while my husband works,’ she said.

She acknowledged how lucky she was to be able to see her husband when so many families ‘in very tough conditions’ are still separated by border closures. 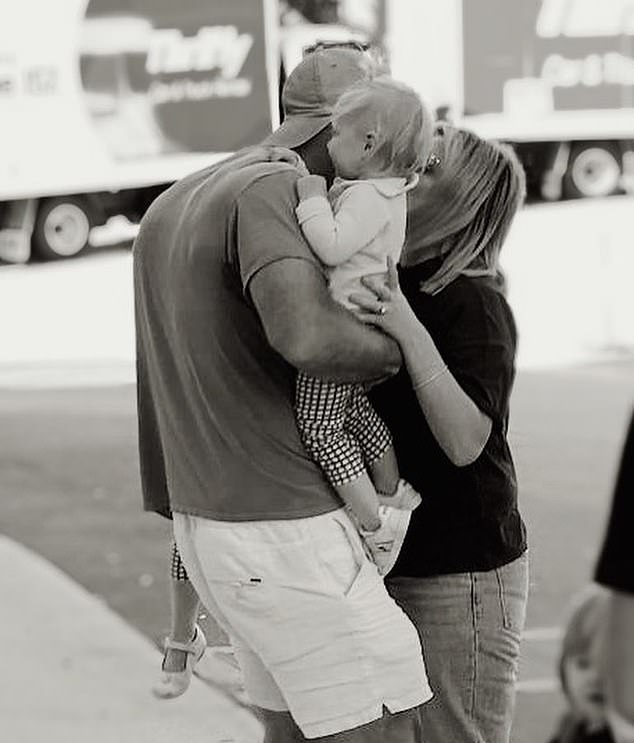 Mrs Hawkins reinforced that the trip was ‘not a holiday’, but that she was grateful to everyone who helped reunite her family

‘I’m thinking of you all so much,’ she wrote.

Last month, AFL bosses sent all Victorian clubs to Queensland for up to two months as the coronavirus crisis worsened in Melbourne.

The Hawkins’ are among 400 other family members of AFL players who travelled to Queensland to be with their loved ones. 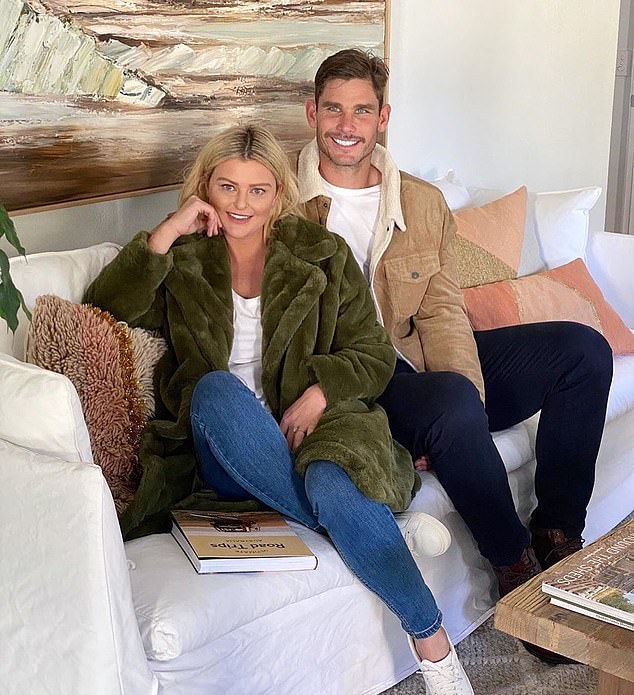