AFL star Luke Dahlhaus has taken out from his end of season overseas holiday to bite back at criticism from former Western Bulldogs teammate and captain Bob Murphy.

It comes after Murphy recently publicly questioned the departing Bulldogs midfielder’s lack of motivation in the two seasons since the club won the 2016 premiership- its first in 62 years.

It sparked a war of words in a series of Instagram posts from Dahlhaus on Sunday.

‘How unmotivating is this? I feel so unmotivated,’ he can be heard saying in one video filmed on a beach in Europe.

‘Wow, I feel so motivated,’ Luke Dahlhaus (left) posted on Instagram with this photo on a European beach with Western Bulldogs star Tom Liberatore (right)

Murphy singled out Dahlhaus’ form in recent seasons during an SEN radio earlier this month.

‘I think Luke would put his hand up to say that he maybe wasn’t as dedicated or hungry as he’d been the years before. He still does play like that, but the last two years, it’s been shaded a little bit and not what it was.’

He is currently holidaying in Europe with Bulldogs teammate Tom Liberatore. 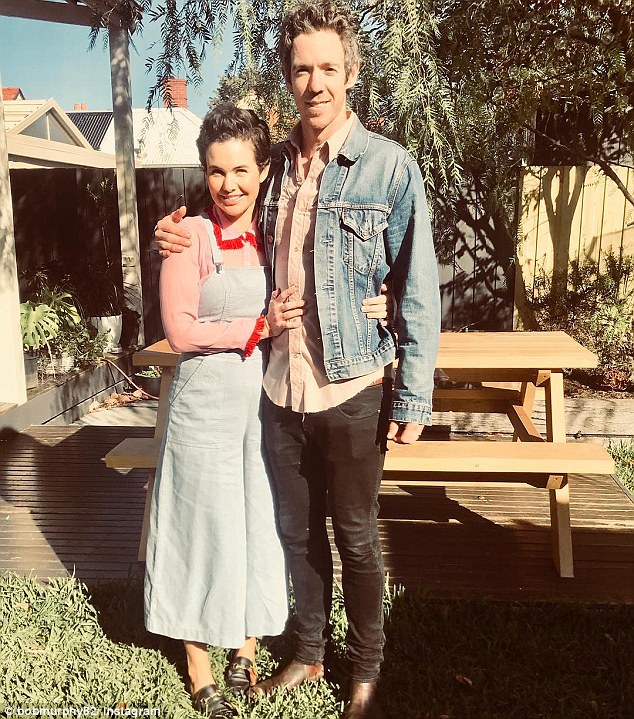 He hit back at Murphy’s comments by posting a series of Instagram posts about his apparent lack of motivation.

He also posted a photo of him and Liberatore on the beach, captioned ‘Wow I feel so motivated.’

The Instagram posts and video has since been deleted and Dahlhaus’ account has been turned to private. 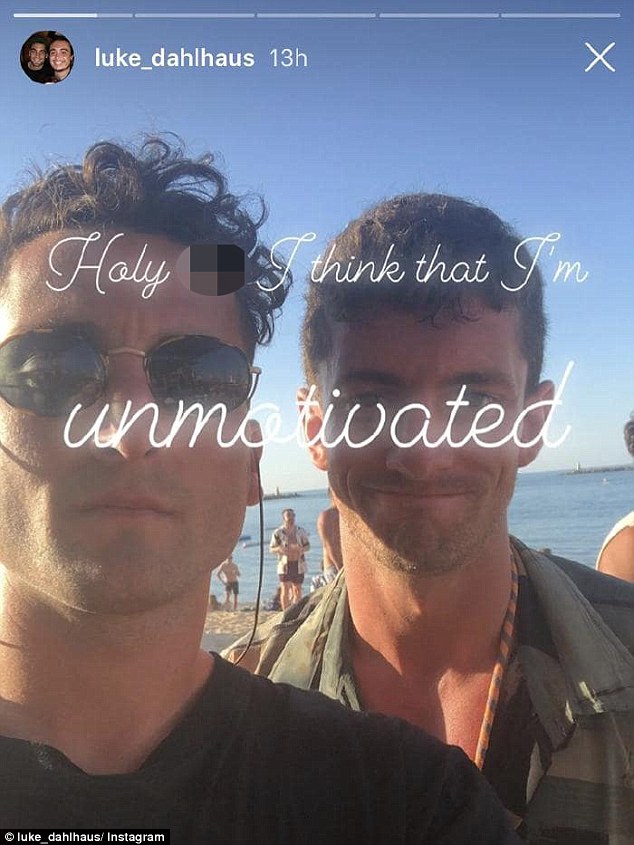 Dahlhaus recently asked to leave the Bulldogs and is tipped to join the Geelong Cats next season in the upcoming AFL Trade Period on a four-year deal reportedly worth $2 million.

Liberatore, who missed the 2018 season due to a ruptured ACL, is currently unsigned and may also be heading to a new club next season.

Murphy missed the Bulldogs’ drought-breaking 2016 premiership due to injury and retired at the end of 2017 season after 312 games and 183 goals. 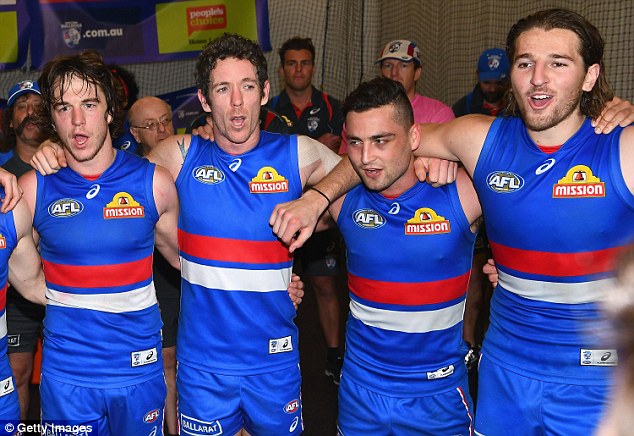 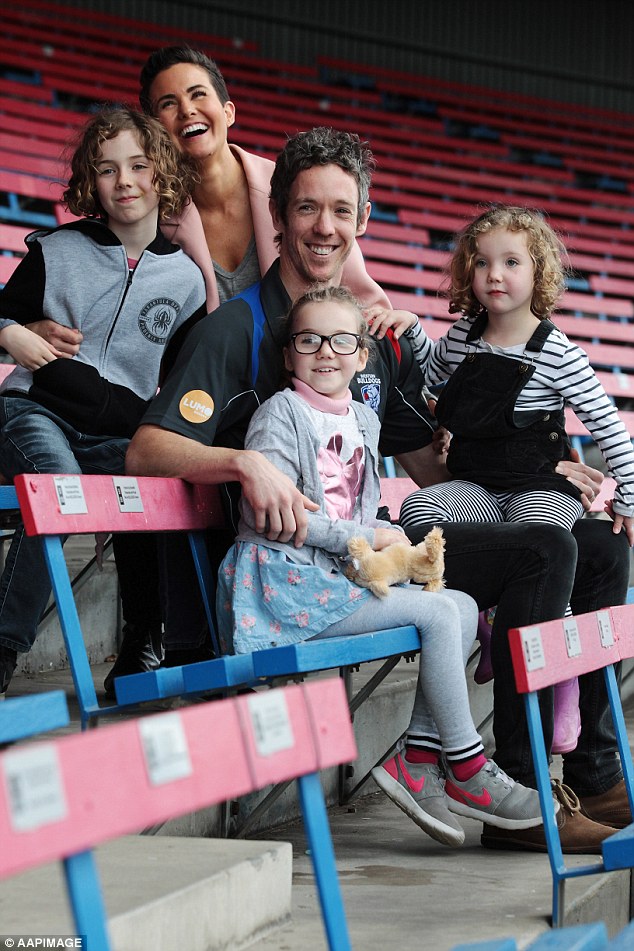 Bob Murphy criticised some of his former teammates on radio earlier this month. He’s pictured with wife Justine, son Jarvis and daughters Frankie and Deliliah after announcing his retirement last season