Channel Seven commentator and star player Daisy Pearce has won over fans with her history-making coverage of the AFL Grand Final.

Pearce became the first woman to make special comments on the network’s coverage of the showpiece event on Saturday night.

The 33-year-old drew plaudits from viewers as she commentated on the Melbourne Demons – for whom she plays in the AFL Women’s league – ending their 57-year Premiership drought with a win over the Western Bulldogs. 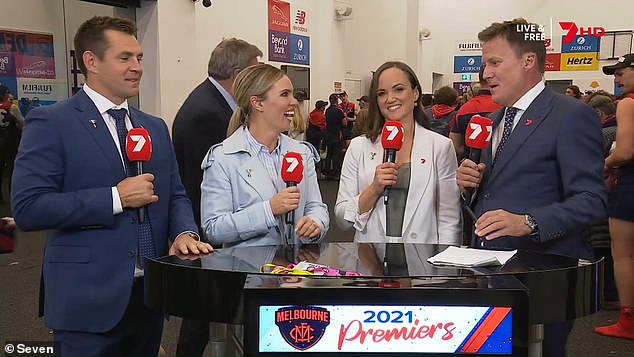 Showing her pride for her home team, she said ‘It is not my club, it is Neale Daniher’s and Garry Lyon’s club. I am so proud, to take this club, with 57 years of hope and expectation, and turn it around. They deserve this.’

‘I’m sure there are plenty of misogynists around, but I’m looking forward to the day Daisy Pearce gets a bigger role in an #AFLGF commentary team,’ he said.

‘Is there a press red for Daisy Pearce option? She has lengths on the rest of the TV commentary,’ wrote journalist Tim Barrow.

I’m living for Daisy Pearce disabling the patriarchy in AFL.

Daisy Pearce is an absolute beauty on @7SportAU. She has such an impressive footy IQ. Doesn’t try too hard, just dissects the game perfectly. Nothing to do with male & female when it comes to her… she’s in that spot cause she’s just better than everyone else. Love her insight..

Social media users also praised her coverage, with many calling her commentary ‘balanced and intelligent.’

Author Adam Spencer called her the ‘best off ground’ writing: ‘Not for the first time this season, more informed, well-spoken observations from @DaisyPearce6 than pretty much the rest of the Channel 7 commentary team combined to half-time in the GF,’ he tweeted.’

Pearce is one of the top players for the Melbourne Demons in the team’s AFLW side. 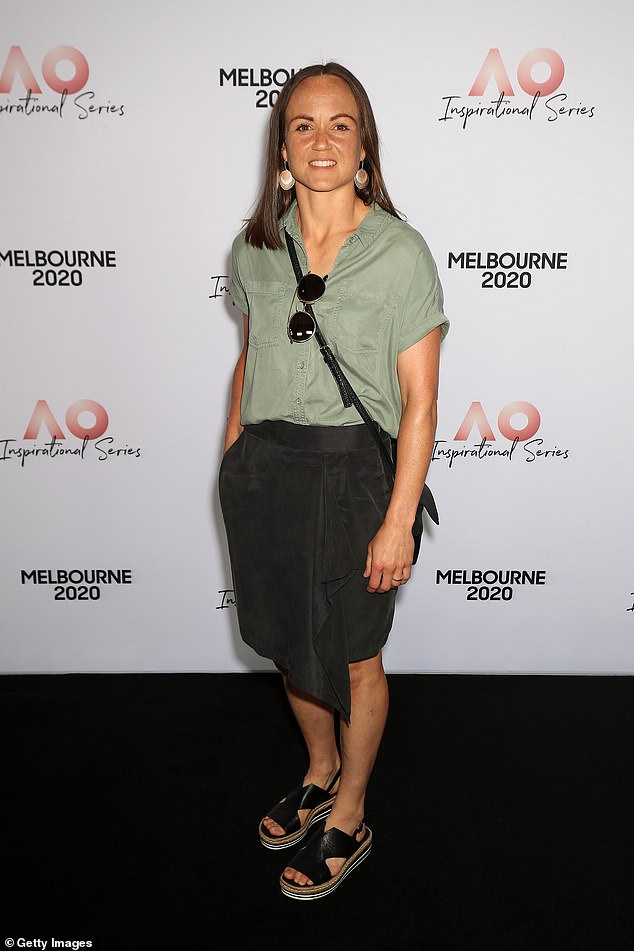 Daisy Pearce attends the AO Inspirational Series Lunch at The Glasshouse at Melbourne Park on January 30, 2020 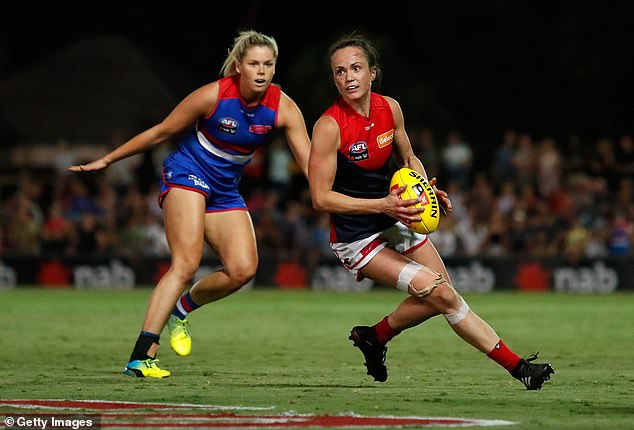 BlueBet Australia put their odds on Pearce being one of the best performances from the first quarter of the game, picking her over players

The 33-year-old has been widely praised by fans of the sport for how she handled herself during the coverage of the game and pre-game interviews.

BlueBet Australia also supported her in their three best performances of the first quarter of the game, with the top spot going to Pearce.