A policeman was mowed down by an alleged drug dealer in a sting gone wrong as a fellow officer shot at the car as it tried to flee.

A team of Australian Federal Police officers closed in on three men at Strathfield Plaza car park, in Sydney’s inner west, at 7pm on Friday.

As police approached the men in a Volkswagen Golf, the driver allegedly refused a police order to stop his car and rammed an officer.

Another officer quickly drew his gun and fired several shots at the car.

A policeman has been run over by an alleged drug dealer resulting in his colleague pulling out their gun and firing at the car (pictured, the men in custody)

The three men, believed to be suspected drug dealers, were quickly arrested and taken into police custody.

An AFP spokesperson said the driver was not injured in the shooting.

‘The AFP officer is receiving treatment for their injuries. The injuries are not life threatening,’ they said.

‘The matter with be subject to an investigation by AFP Professional Standards.

The three men aged  22, 28 and 50 have been charged with allegedly offering to supply 15kg of cocaine.

They were each charged with one count of supplying a commercial quantity of a prohibited drug. 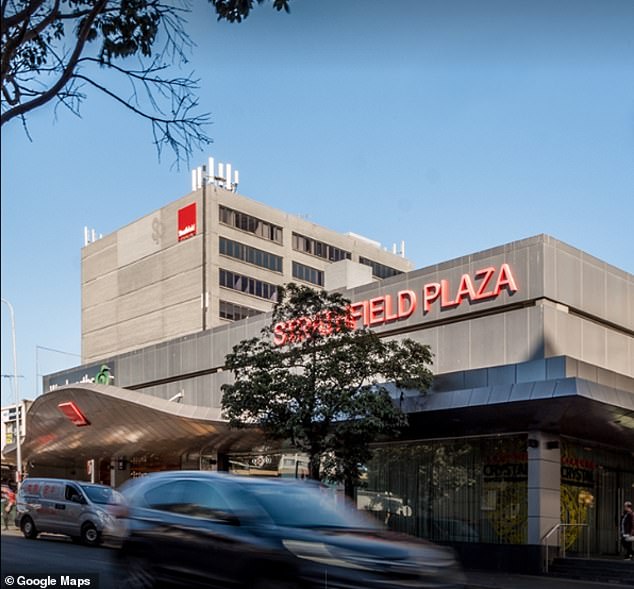 ‘No one is immune to the consequences of being involved in the drug trade,’ she said.

‘The three men charged as part of this investigation have been outsmarted and now risk life behind bars.’

The men will appear at Parramatta Magistrates Court on Saturday.