Africa Cup of Nations: It is Man City v Liverpool (again!) as Mahrez takes on Mane in final

Senegal are looking to make history on Friday night by winning their first ever Africa Cup of Nations title. It won’t be easy against an Algeria side, led by Manchester City’s Riyad Mahrez, as they are searching for their first AFCON crown since 1990.

Liverpool star Sadio Mane has said he would trade his Champions League final winners’ medal to lift a trophy with Senegal and he is 90 minutes away from adding international honours.

Sportsmail takes a look at both sides, the topical Manchester City v Liverpool rivalry in this game, how each team got to the final and why Kalidou Koulibaly’s suspension could come back to haunt Senegal.

It is the rivalry that goes on and on – despite the Premier League season ending with City’s title celebrations in Brighton 68 days ago.

Both managers will have one eye on Friday’s final with each side possessing one of the two leading lights on show.

Algeria’s hopes rest with Mahrez and he will need to step up for an unfancied side to upset the odds. He did that in the semi-final, scoring a sublime free-kick with seconds left against Nigeria.

Mane has three goals in the tournament so far with his most recent in the 1-0 last-16 win over Uganda, sparing Senegal from a shock early exit.

Both have lifted trophies this season – Mahrez domestically and Mane in the Champions League – and whoever steps up on Friday is likely to be the one kissing the trophy at full-time. 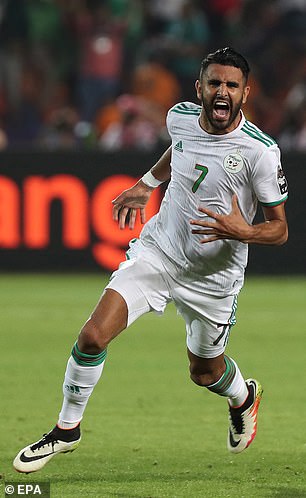 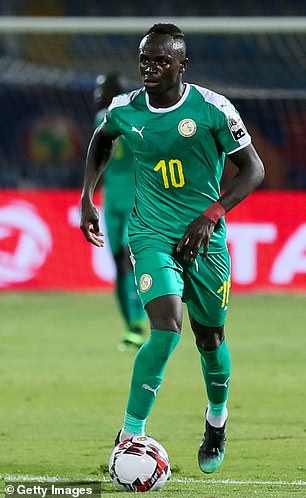 How have the two teams got this far?

There have been some nervy moments for both, narrow wins, extra-time winners and even a penalty shootout for Algeria.

Djamel Belmadi’s Algeria side have been unbeaten from the opening group stage game and look a real force to be reckoned with in their current system, which places emphasis on wing play.

They rode their luck at times against Ivory Coast – one of the tournament favourites – but that is a sign of a championship-winning team to come through when the going gets tough.

For Senegal, while their progress has not been flashy, they have been brutally efficient – particularly in the knockout stages.

The Lions beat Uganda, Benin and Tunisia each by a single goal with boss Aliou Cisse building his foundations from the back with a mean defence. 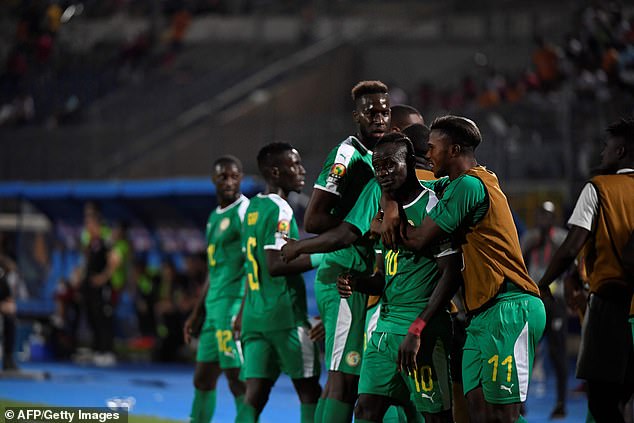 Algeria are the bogey team

Records alone will not do the job but Algeria’s players will be buoyed by their superior record when they come up against Senegal.

They do not need to delve too deep into the record books either. With both sides in the same group for this tournament, Algeria are edging the psychological battle after they ran out 1-0 winners in that game.

It is the only black mark on Senegal’s card on the run to the final and it cannot be underestimated how much confidence Algeria will draw from that result.

But going further back, Senegal have reason to be fearful. The last time they managed a win against their final opponents was May 2008.

In the 11 years that followed that win the two sides have met five times, with Algeria winning four and drawing the other. 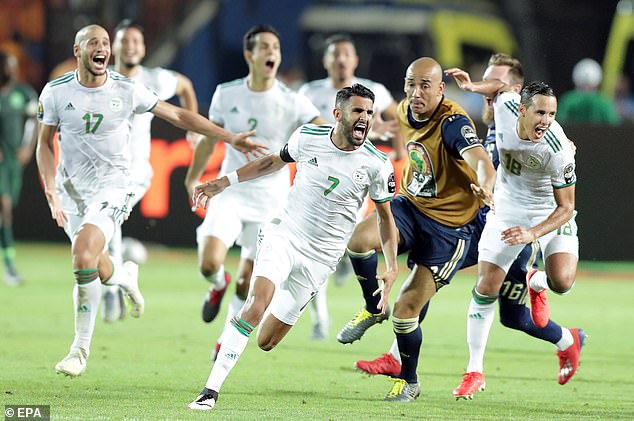 Algeria have the edge on paper, having last been beaten by Senegal way back in May 2008

Finals are sometimes won and lost by the finest margins and Senegal will hope they can prevail without talismanic defender Kalidou Koulibaly on Friday night.

The Napoli centre back, considered one of the finest in the world in his position, picked up a booking – and subsequently a ban – in the semi-final win against Tunisia to rule him out.

Players who collect two or more yellow cards in the three matches before the final are handed a suspension and the card against Tunisia was the Napoli man’s second in three games.

‘He is a key player in the group. He contributes a lot. But we will also be playing for him, to honour him,’ Ndiaye told Seneweb. ‘Each player gave his best no matter how small and, now, the most important thing is that we are through to the final. We will do everything to win.’

Defence has been the key to victory for Senegal. Without Koulibaly, it could quickly unravel for the Lions. 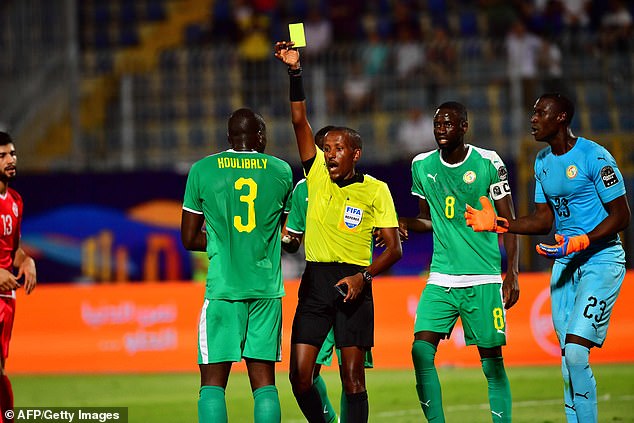 Aside from Mahrez and Mane, who are the danger men?

Those two are unquestionably where the expectation and hope rests but there are others in both sides that will feel they can write the script and make themselves the lead character in the final.

For Algeria fans will turn to Sofiane Feghouli if Mahrez finds himself marginalised.

The former West Ham winger gave Algeria the lead against Ivory Coast and is a danger from outside of the box given his capabilities shooting from distance.

Senegal’s focus will sensibly be on Mahrez but give Feghouli too much time and space and it will likely prove costly.

For the Lions it is worth keeping an eye out for Rennes winger Ismaila Sarr after his performances thus far. A goal against Kenya set Senegal on their way before Mane’s brace sealed a 3-0 win.

He has pace and provides a threat on the alternate wing to Mane. One to watch. 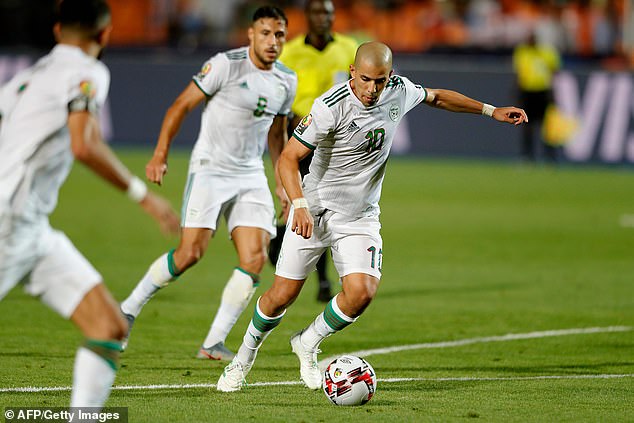