With the midterm elections just a week away, all eyes are on hotly contested races that could flip Congress and change the political game.

Many of those races are in the South – where hundreds of African American activists are currently working day and night to help create a black voting wave.

From ‘black joy’ brunches to national text messaging programs, various PACs are hoping to encourage voters to register for an election they’ve commonly sat out.

And its these efforts that could sway tight races, including governor elections in Georgia and Florida and a senator election in Mississippi.

Color of Change is just one of the PACs currently working to change black turnout in key election states.

Hundreds of African American activists are working to help create a black voting wave in the midterm elections that could help usher in the likes of Stacey Abrams (pictured), who is neck and neck in the race for Georgia governor 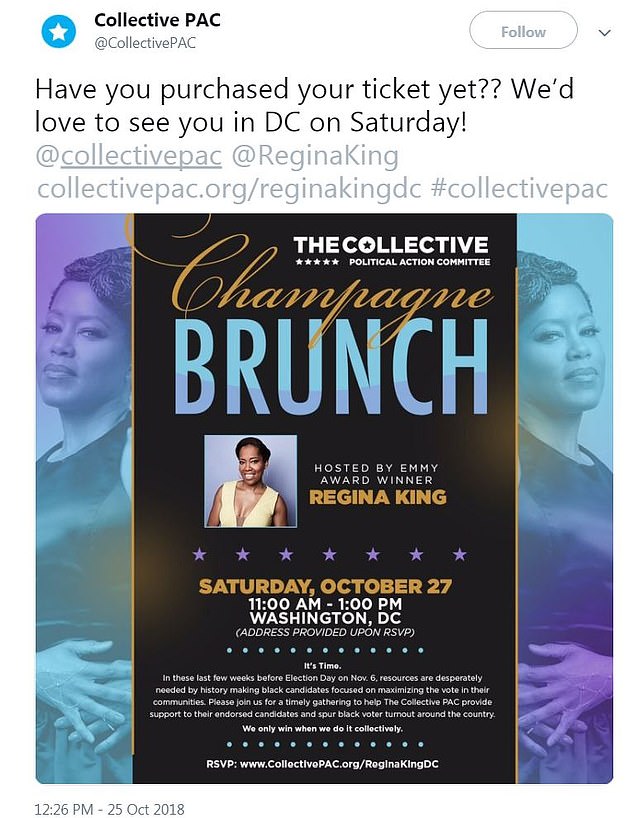 From ‘black joy’ brunches to national text messaging programs, various PACs are hoping to encourage voters to register for an election they have commonly sat out in the past

The PAC recently organized a ‘black joy’ brunch, gathering nearly 200 people for a day of drinks, dancing, and texting.

Thanks to the help of a voter outreach tool called Relay, the group was able to reach out to 65,000 infrequent African American voters in the span of two hours.

They encouraged voters to get out and vote for Stacey Abrams, a Democrat who is trying to become the first ever black female governor in America.

PowerPAC Georgia is spending another $5million to help raise turn out among 100,000 infrequent African American voters, while Black Women’s Roundtable is hoping to inspire 150,000 black women to vote in the state.

And Collective PAC has launched a national text-messaging program to reach two million black voters in five states, including Florida and Mississippi.

These groups are hoping to build an engagement with voters that will last after November 6 comes and goes that will also inspire more African-Americans to run for office.

‘Black voters are seeing this as a transformative moment for our country,’ Adrianna Shropshire, the head of BlackPAC, told CNN.

‘They are using their votes as their resistance.’ 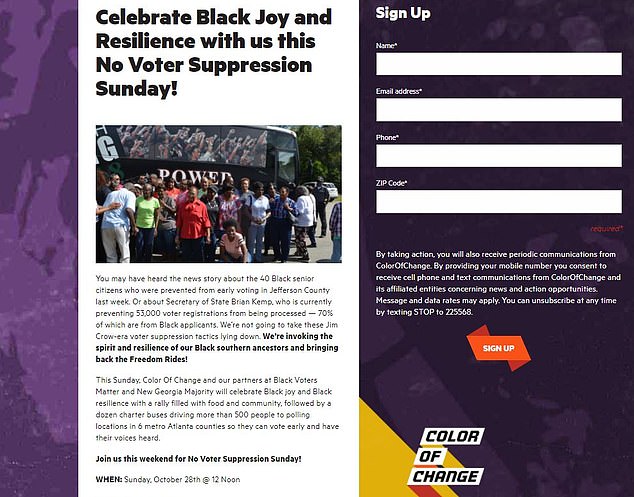 And now PACs and political pundits alike are waiting to see if the same can happen in 2018.

The race that everyone will be watching next week is for governor in Georgia, which hasn’t elected a Democrat for the position in the last two decades. 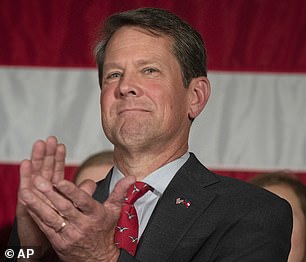 But the race between Abrams and Secretary of State Brian Kemp has become shockingly tight.

‘If Abrams wins or even comes close, I think it confirms the view that some of us have held for awhile,’ said political scientist Alan Abramowitz.

‘That Georgia is becoming a swing state and that in the not-distant future…could be up for grabs in the presidential election.’

It’s a race that has also been mired in controversy due to the fact that Kemp’s own office is in charge of Georgia’s voting systems.

There was massive outcry when it was revealed that 53,000 voter registrations – 70 percent of which came from black applicants – were being held by his office for failing to be an ‘exact match’ to their Social Security and state driver records.

Kemp called the allegations of voter suppression a ‘farce’, but was later caught complaining about the increased voter turnout on leaked audio.

Many were also outraged when Black Voters Matter was blocked from taking a group of African-American seniors to the first day of in-person early voting. 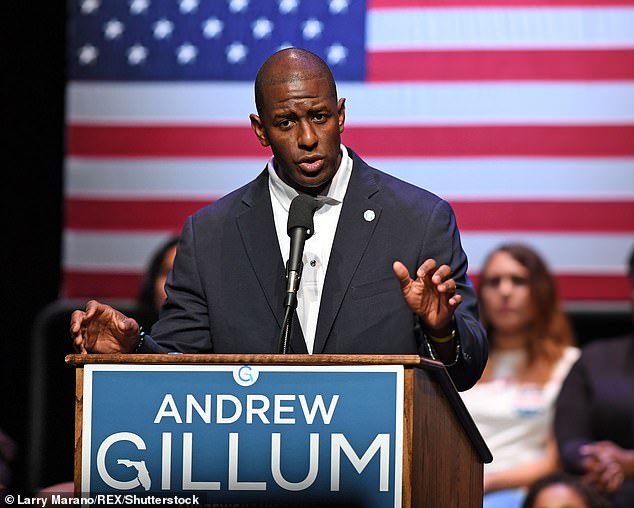 Another tight race will be in Florida, where Tallahassee Mayor Andrew Gillum (pictured) is running against former congressman Ron DeSantis 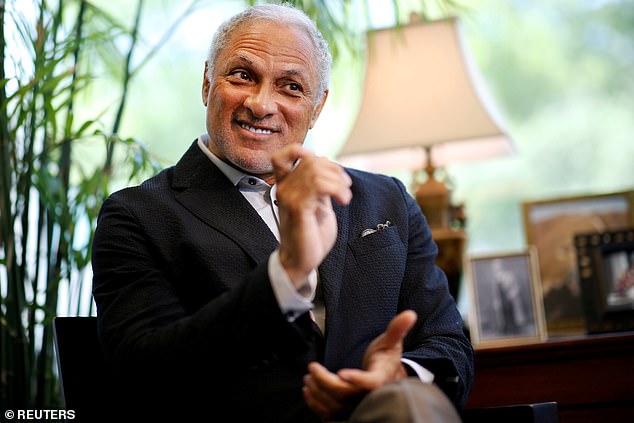 And in Mississippi, former congressman Mike Espy (pictured) is running in a tight three-way Senate race that some are predicting could end with a runoff

Jefferson County Administrator Adam Brett said the group was removed because the outing was a ‘political activity’ at a senior center run by the county.

But early voting continues to skyrocket in in the state, with nearly three times as many people already casting their ballots compared to the same time in 2014.

And last week a federal court blocked the state from throwing out absentee ballots and applications because of signature mismatches.

Georgia won’t be the only state to watch come November 6.

Another tight race will be in Florida, where Tallahassee Mayor Andrew Gillum is running against former congressman Ron DeSantis.

And in Mississippi, former congressman Mike Espy is running in a tight three-way Senate race that some are predicting could end with a runoff.