A taskforce of African community leaders to tackle the problem of gang violence in Melbourne is yet to choose its members because of tribal divisions between the the Dinka and Nuer ethnic groups, according to Victoria’s Chief Police Commissioner.

The African-Australian Community Taskforce was announced by Victoria Police to deal with Melbourne’s youth crime problem.

The taskforce’s aim is to create a more engaging team between the police and community leaders as well as providing police on emerging issues and hot spots which will allow them to act quickly in order to prevent youth crimes.

Chief Commissioner Graham Ashton spoke to 3AW on Tuesday and said the taskforce is yet to finalise its membership despite meeting a few times.

He mentioned there was a growing concern within the taskforce between the Dinka and Nuer ethnic groups which is creating divisions and causing delays in picking out the taskforce members.

‘There’s a new tribe and they’re not getting along with each other which is leading to more divisions.

‘From my point of view it’s not my issue to get involved in their internal issues around politics as long as I get assistance.’

Victoria Police spoke to Daily Mail Australia and said the community will be meeting on 1 March and is expected to finalise the memberships.

‘The community will be selecting the final membership of the Afriacan-Australian Community Taskforce to ensure a good representation of community members and to ensure everyone is valued and heard.

‘The next meeting is expected to have the final agreement on the memberships.’ 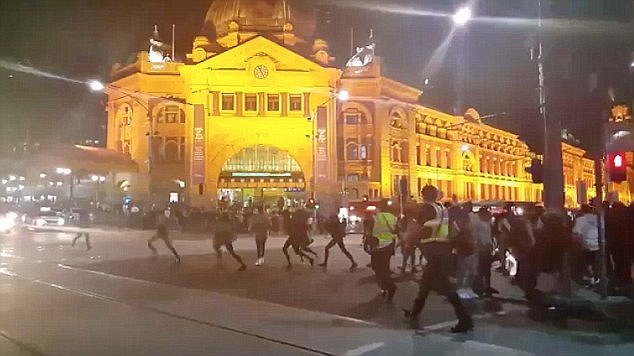 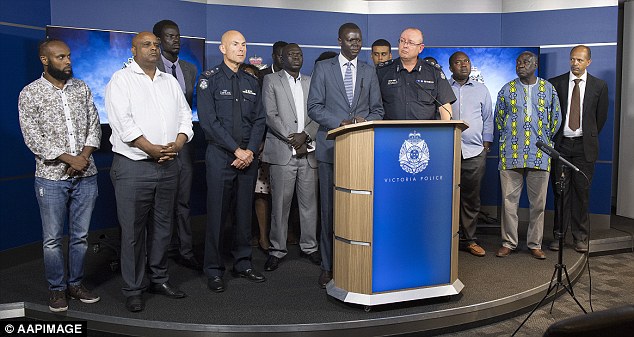 Despite the political divisions within the taskforce and not being in full stride, Mr Ashton says it is up and running to a certain extent.

‘It’s up and it’s working to some extent where it’s going to take time to take time because of the tribal political divisions.’