Africa’s oldest human burial is discovered: Body of a CHILD buried in Kenya dates back 78,000 years

The grave of a three-year-old child who lived 78,000 years ago has been found in Kenya and is thought to be the earliest known burial of a human in Africa.

Dubbed Mtoto, Swahili for child, the individual was interred in the foetal position with their knees drawn up to their chest. The gender of the child remains unknown.

Excavations at the site revealed the body was buried deliberately in a small pit with a pillow, wrapped in a shroud, and left untouched until scientists found it in 2013.

This picture is a recreation of what the remains may look like if all the soil was able to be stripped away. It shows the position of the bones after the flesh decomposed 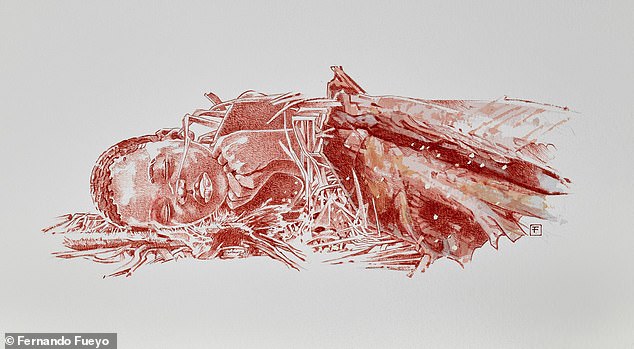 Pictured, an artist’s impression of Mtoto’s burial. Experts believe the child was around three years old when they died and was likely wrapped in a shroud and had their head on a pillow

Parts of the bones belonging to Mtoto were first found during excavations at the Panga ya Saidi cave site in 2013 after the dig started in 2010.

However, it wasn’t until 2017 that the small pit containing the bones was fully exposed.

‘As soon as we first visited Panga ya Saidi, we knew that it was special,’ says Professor Nicole Boivin, director of the Department of Archaeology at the Max Plank Institute for the Science of Human History.

‘The site is truly one of a kind.’

The bones were too fragile to be fully excavated and studied in the field so the block of soil containing the body was taken to a lab for more thorough analysis. 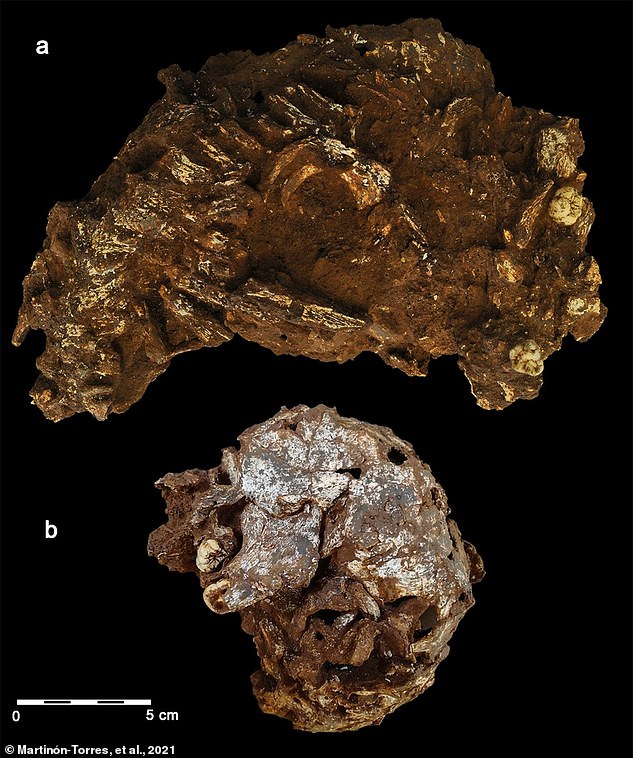 The block of land which include Mtoto’s scattered remains was split into two during study to enable for more detailed study. Top, the main block with the articulated partial skeleton (and below, the left side of Mtoto’s skull and mandible 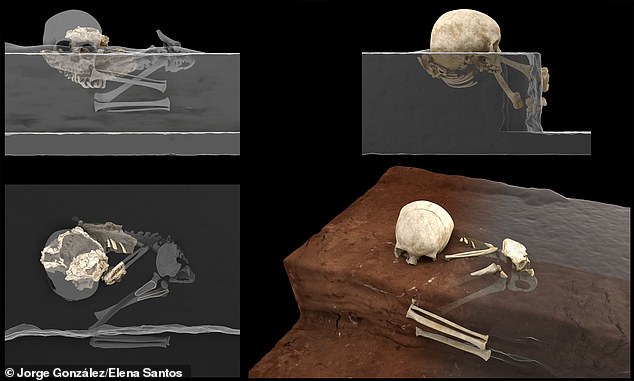 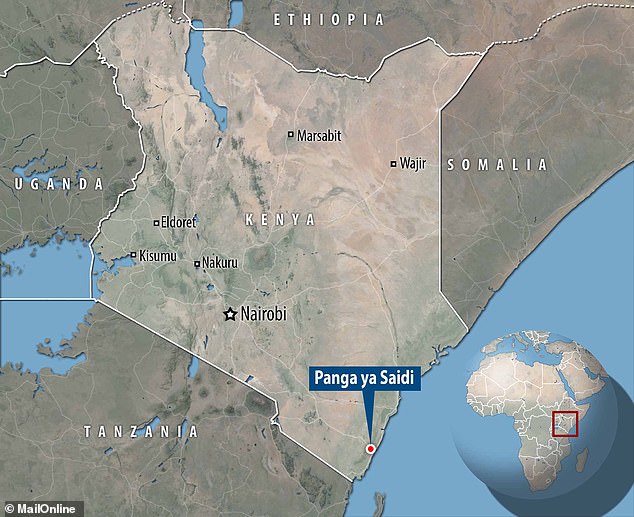 The grave of a three-year-old child who lived 78,000 years ago in panga ya Saidi in Kenya (pictured) has been found and it is thought to be the earliest known burial of a human in Africa

45,000-year-old skull is the oldest human genome EVER reconstructed

The oldest DNA ever found in human remains belongs to a woman who lived in Czechia more than 45,000 years ago, a study has found.

Analysis of her skull reveals she was among the first batch of Homo sapiens to live in Eurasia after our species migrated out of Africa.

It is believed the woman, dubbed Zlatý kůň, may have had Neanderthal ancestors as little as six or fewer generations in her past.

The finding reinforces that humans mated with Neanderthals shortly after we first reached Europe between 50,000 and 45,000 years ago.

This mating event saw humans absorb some Neanderthal genes which survive in all modern people except Africans.

Neanderthals would go extinct shortly afterwards, with some researchers saying competition with Homo sapiens and a changing climate was to blame.

First, the remains were sent to the National Museum in Nairobi before later being moved to the laboratories of the National Research Center on Human Evolution (CENIEH) in Burgos, Spain.

High resolution x-rays and CT scans later revealed a dozen more teeth as well as other bones, including a preserved ribcage.

The way the bones were strewn was consistent with the body decomposing in the pit, indicating it had likely not been moved since it was first buried.

Due to the position of the head, the researchers speculate the child may have been buried lying on a pillow and it is also thought they were wrapped in a shroud made of either leather of feathers.

‘The position and collapse of the head in the pit suggested that a perishable support may have been present, such as a pillow, indicating that the community may have undertaken some form of funerary rite,’ says Professor María Martinón-Torres, director at CENIEH.

Experts say the care taken to bury Mtoto is indicative of human rituals, where the community works together to perform a ceremony.

Mtoto is the earliest burial ever found in Africa but graves of human and Neanderthals have been found in Eurasia dating back up to 120,000 years.

‘The Panga ya Saidi burial shows that inhumation of the dead is a cultural practice shared by Homo sapiens and Neanderthals,’ notes Professor Michael Petraglia of the Max Planck Institute in Jena.

‘This find opens up questions about the origin and evolution of mortuary practices between two closely related human species, and the degree to which our behaviours and emotions differ from one another.’

The findings are published in Nature. 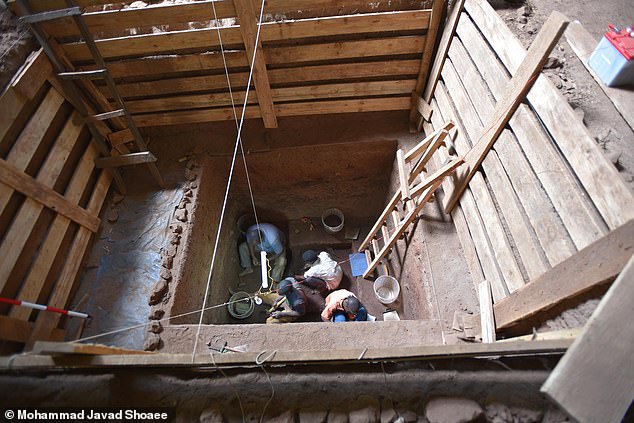 Pictured, a general view of the cave site of Panga ya Saidi. on the right of the photo is the trench where the burial was unearthed