After 10 years as second-in-command, the real reason why Julie Bishop wants to run for the top job

Julie Bishop has her sights firmly set on becoming Australia’s next prime minister, after having reportedly vowed not to come off as second-best any more, and a new poll indicates she has the support of the Australian public.

The foreign minister is said to be full of confidence heading into Friday’s leadership ballot, where it is expected she will face off against Peter Dutton and Scott Morrison for the top job.

In canvassing support – and after 10 years as the Liberals’ second in command – Ms Bishop told her colleagues that she won’t be ‘another man’s deputy,’ according to The Australian.

Julie Bishop (pictured) has made no secret her eyes are firmly planted on becoming Australia’s next prime minister, having vowed not to become ‘another man’s deputy’.

Her partner, David Panton, on Thursday night backed her to claim the leadership, telling the Herald Sun ‘by tomorrow at lunchtime, Julie Bishop will definitely be prime minister’.

Panton, who was attending the Myer runway series in Sydney, confirmed she was running, saying, ‘You’ve heard it straight from the horse’s mouth.’

Meanwhile, the prime minister’s office confirmed a party room meeting would go ahead at about midday on Friday.

Karen Andrews was understood to be the 42nd, and a 43rd was expected to be signed before the meeting.

Dutton was seen dining with Mathias Cormann at an Asian restaurant in Canberra – the both of them photographed as they were on their phones.

In the race for the deputy leader, Josh Frydenberg was believed to be putting himself forward, The Australian reported, and it is also understood Greg Hunt will still run as Mr Dutton’s deputy.

The publication also revealed Prime Minister Malcolm Turnbull has been in daily contact with Governor-General Sir Peter Cosgrove, but the nature of their discussions was not divulged. 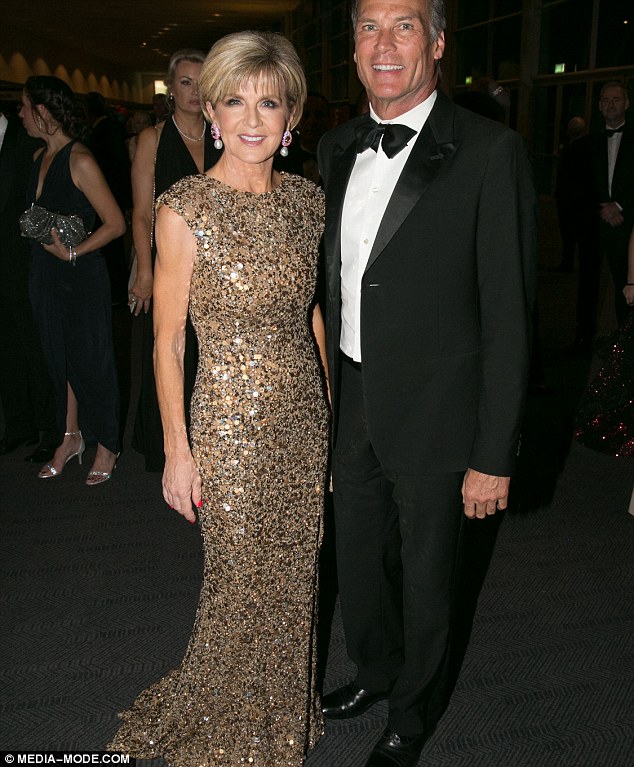 Her partner, David Panton (pictured), has also backed his girlfriend to claim the top job, telling Herald Sun Thursday, ‘by tomorrow at lunchtime, Julie Bishop will definitely be prime minister’

Mr Turnbull indicated on Thursday he would step aside if the majority of the Liberal party room signed a petition for a spill.

A ReachTel poll of 2,430 voters Wednesday showed 29 per cent of respondents supported Ms Bishop, almost triple Mr Dutton’s 10 per cent, and far in excess of Mr Morrison’s 8.6 per cent.

If victorious Friday, Ms Bishop would become Australia’s second female prime minister and the first PM from Western Australia since 1945.

She has served as deputy to three leaders, watching from close proximity as each copped the knife.

The 62-year-old was once mooted as a possible WA state Liberal leader after she joined federal politics at the 1998 election as Perth’s member for Curtin. Though WA is her political home-ground, Bishop was born to cherry farmers in Adelaide and attended the city’s St Peter’s Collegiate Girls’ School.

She studied law at Adelaide University and practised as both a solicitor and a barrister before moving to WA with her husband, property developer Neil Gillion.

It was in the Howard government in 2003 that Bishop joined the frontbench as aged care minister.

John Howard rewarded her with the education portfolio and made her responsible for women’s issues in 2006 but it was short-lived with the government falling in the November 2007 Ruddslide.

She was elected deputy Liberal leader under opposition leader Brendan Nelson after the 2007 poll and was handed the shadow employment and workplace relations role.

When Nelson’s leadership imploded 11 months later she remained deputy under Malcolm Turnbull and took on the shadow treasury role.

Widely considered a failure in the portfolio, she stepped aside months later and shifted to foreign affairs – a job in which she has thrived to this day.

Incoming leader Tony Abbott kept her by his side after his one-vote party room win over Turnbull in December 2009 and she kept the portfolio after Labor scraped into minority government in 2010.

As Abbott shunted the train wreck that was federal Labor in 2013, Australia’s first female foreign minister faced some tough challenges. 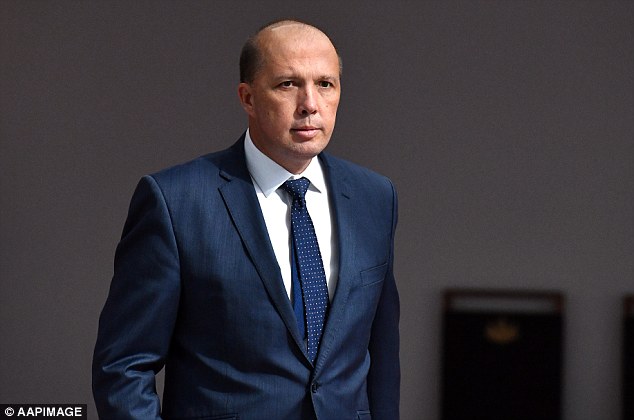 But she reaped the benefits of Labor’s lobbying for a United Nations Security Council seat, making the most of it to tackle issues including Iran, Islamic State’s rise in Iraq and Syria and shaming Russia over the MH17 tragedy.

The families of the Malaysian Airline disaster victims appreciated her deep and ongoing interest and sympathetic response.

She undoubtedly played a key role in healing the damage caused to relations with Indonesia by Labor’s live cattle debacle, turning back boats and the Indonesian president phone tapping scandal.

At times, her profile has put her ahead of Turnbull in the popularity stakes.

In a March 2017 poll by Roy Morgan, 30 per cent of people surveyed said she was their preferred Liberal Party leader, compared to 27 per cent for Turnbull and 5 per cent for Peter Dutton.