A Russia-Turkey deal may have stopped a regime assault on Syria’s Idlib for now, but analysts are sceptical that rebel backer Ankara can impose it on the jihadists who dominate the area.

Under the agreement announced Monday, a demilitarised zone is to be set up around Idlib, one of the country’s last major jihadist and rebel bastions on the border with Turkey.

For now, that averts a Russia-backed military offensive on the region, currently hosting some three million people, which many had feared would spark a humanitarian catastrophe.

But the deal hands Turkey the near-impossible mission of ensuring that battle-hardened jihadists and heavy weaponry are removed from the u-shaped zone in just a few weeks.

“I don’t see how Turkey will be able to impose its will on jihadists,” Syria expert Fabrice Balanche said.

“Implementing the deal will be very difficult,” he warned, adding that it would likely result in “a failure of the ceasefire and a Syrian army offensive in the coming months”.

Under the agreement, “radical” groups — seen as meaning the jihadist-led Hayat Tahrir al-Sham alliance and fellow hardliners — must pull out of the planned buffer zone by October 15.

All fighters in the area, including some pro-Ankara rebels, have until October 10 to hand over their heavy weapons. 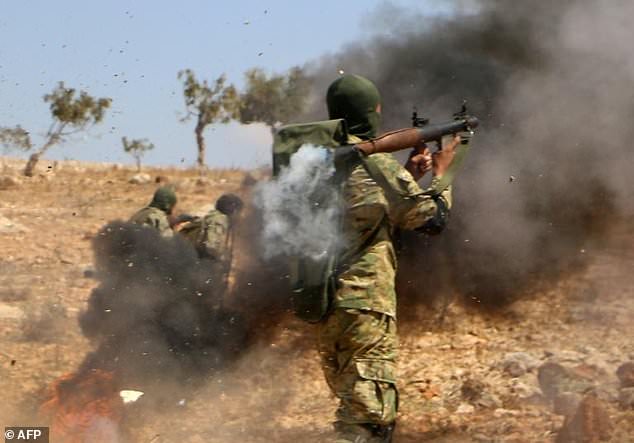 Almost 70 percent of the planned zone is controlled by either HTS, which is dominated by Syria’s former Al-Qaeda branch, or other jihadists, according to the Syrian Observatory for Human Rights.

The Britain-based Observatory says some factions in the buffer area have actually begun reinforcing their positions instead of withdrawing from them.

An AFP correspondent in Idlib said there had been no sign so far of hardliners or heavy weapons being pulled out.

On Saturday, Hurras al-Deen, a smaller Al-Qaeda-linked group in the planned buffer area, rejected the agreement.

HTS has not officially responded to the deal, but its propaganda channel Ebaa cast doubts on Turkey’s intentions.

The group has spent months cracking down on anyone willing to negotiate with the regime, and its chief Abu Mohammad al-Jolani has previously warned rebel weapons were a “red line”.

“If (HTS) abandoned its defence lines, it would find itself in an extremely weak position as no one would protect it in the case of a Syrian army offensive,” Balanche said.

He said he expected Turkey would even have trouble convincing its own proxies in the town of Qalaat al-Madiq and the region of Sahl al-Ghab to relinquish their heavy arms. 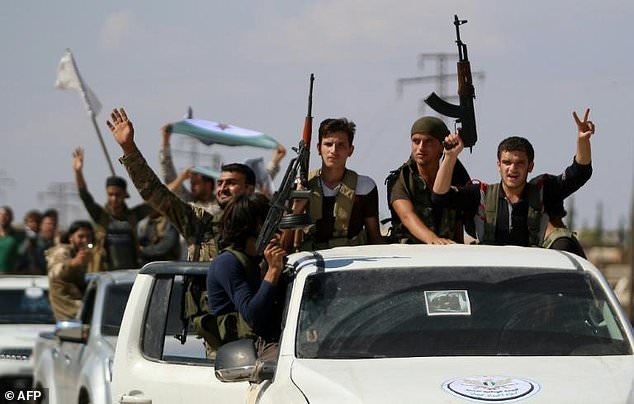 Pro-Ankara rebels tentatively accepted the deal in a statement on Saturday, but said they remained wary of “betrayal by the Russians, the regime or the Iranians”.

Persuading jihadists to leave the buffer area is just one step towards ousting them from the larger region partly encircled by the zone.

HTS controls more than half of that territory too, while rival Turkey-allied rebels hold sway over most of the rest.

Hurras al-Deen and the Turkestan Islamic Party, a Uighur jihadist group close to HTS, also have a small presence.

Analyst Aron Lund said Turkey faced the unenviable task of “dismantling, destroying, or displacing some of Idlib’s most powerful extremist factions in the coming weeks”.

“I suspect Ankara will use every instrument in its toolbox to persuade HTS to dissolve, split, rebrand, or just move out of the way — whatever works,” he said.

Turkey might, for example, attempt to influence some HTS elements, or allies like the Uighur jihadists, said Lund, a fellow with The Century Foundation.

Turkey may be partly successful.

“With the right mix of carrot and stick, it’s likely they could peel away sympathetic factions to weaken the hard core that remains,” said Lund.

Then, Ankara may try to remove some of the more irreconcilable extremists from Syria.

“But it’s unclear where they’ll drop them next — no one wants these guys in their own country,” he told AFP.

More than 360,000 people have been killed and millions displaced since Syria’s war started in 2011 with the brutal repression of protests against President Bashar al-Assad.

With Monday’s deal, Turkey — which already hosts three million Syrian refugees — has averted more violence on its doorstep and a further influx of people across its border.

“Despite this success, Turkey is still in a predicament,” said Nicholas Heras, a fellow at the Center for a New American Security.

“The Russians want the Turks to provide unmistakable proof of Turkey’s successful completion of this task in a month,” he said.

In a province already riven with infighting, Turkey must now decide whether it should push its proxies to battle the dominant jihadist force in the region.

“Turkey is the sheriff of Idlib now,” Heras said.