President Trump’s verbal gaffe – in which he mispronounced Yosemite as ‘Yo-semites’ – is reminding people that famed cartoon character Yosemite Sam is actually a Jew.

Since his first appearance in a Looney Tunes cartoon in 1945, the hot-headed, gun-slingin’, pint-sized character, who hates rabbits, has taught generations of children how to pronounce ‘Yosemite’ – as in the famed national park.

On Tuesday, while signing the Great American Outdoors Act, Trump was caught flubbing the pronunciation of Yosemite as ‘Yo-semites’ during his speech, prompting Twitter users to burst out with jokes about what happened. 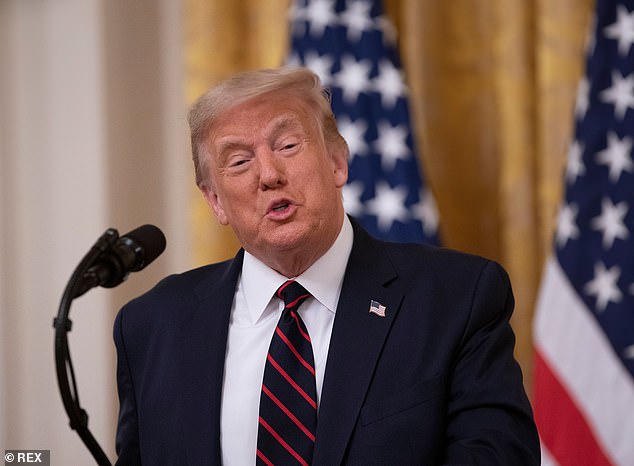 During a Tuesday speech about the Great American Outdoors Act on Tuesday, Trump flubbed the pronunciation of Yosemite, saying ‘Yo-semites’ instead

After tweeting that Trump’s pronunciation is ‘Me, greeting a crowded room at my synagogue,’ historian and The Atlantic editor Yoni Applebaum – among others – took a moment to remind social media denizens of Yosemite Sam’s Jewish origins.

‘It being a strange world, Yosemite Sam is actually Jewish,’ Applebaum tweeted. ‘He bore more than a passing resemblance to his creator, Isadore Freleng, and his full name is given in one episode as Samuel Rosenbaum.’

Applebaum added: ‘But until today, it never occurred to me to pronounce his first name like that.’

Yosemite Sam’s full name was first revealed in an episode of Looney Tunes that aired in 2013, nearly 70 years after being created by Jewish animator and cartoonist legend, ‘Friz’ Freleng, who was also a Warner Bros. director and the man behind Bugs Bunny.

Although it doesn’t appear that Freleng ever specifically stated that Yosemite Sam – the self-described ‘roughest, toughest, he-man stuffest hombre who’s ever crossed the Rio Grande’ – is Jewish, he was reported as having admitted to having modeled the character after himself.

‘I have the same temperament,’ Freleng told The Associated Press, according to his 1995 New York Times obituary. ‘I’m small, and I used to have a red mustache.’ 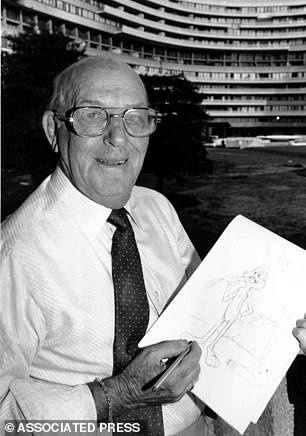 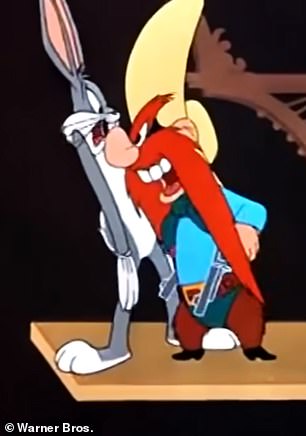 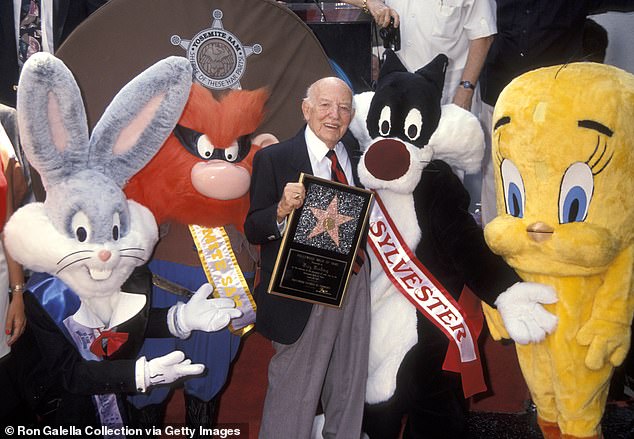 Freleng is pictured with Warner Bros. characters while being honored with a star on the Hollywood Walk of Fame 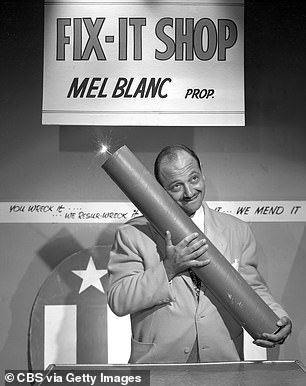 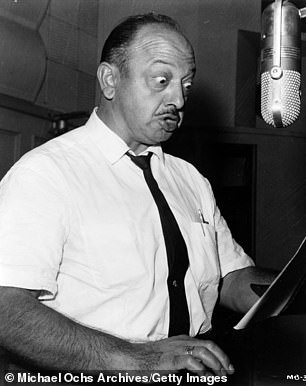 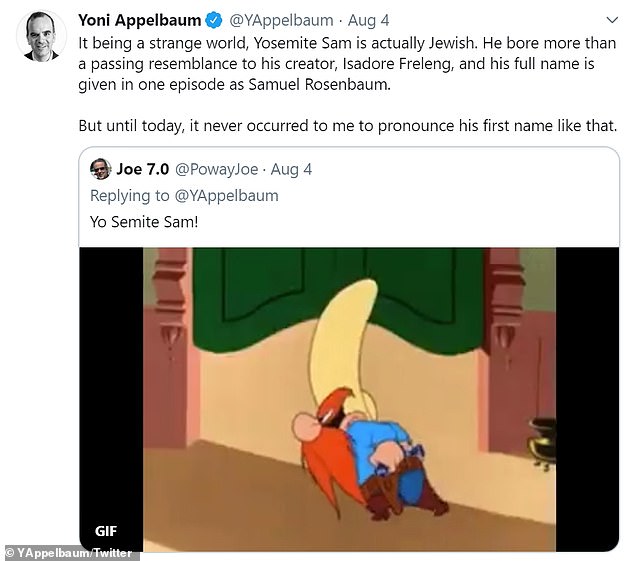 In the wake of Trump’s verbal Yosemite slip up, Freleng’s daughter, Hope Freleng Shaw, confirmed the visual relationship between Freleng and his famous cowboy character.

Although she says that Freleng never saw the resemblance, ‘everybody else thought that Yosemite Sam was absolutely my father. He had red hair when he was a kid. And he was very tiny — only 5-foot-4,’ she told MEL magazine.

She also told the magazine that while she couldn’t positively confirm whether her dad intended for Yosemite Sam to be Jewish, she ‘used to tell my friends, “All these characters that my father created are Jewish. Because we’re Jewish!”‘

”There weren’t too many Jewish people in the industry at the time,’ Shaw told the magazine. ‘And [my father] gave Mel Blanc his job because he was a kid from Seattle and he was Jewish and he kept wanting to get a job and nobody would hire him.’

The website Jew or Not Jew pointed out in 2016 that while ‘A name like Rosenbaum doesn’t have to be Jewish’ and ‘could be goyishe German!’

The National Museum of American Jewish History noted that it received a substantial bump in merchandise sales of its park-themed ‘Yo Semite’ t-shirts – on sale since 2011 – after Trump’s speech.

Within 30 hours, the museum said that it made $30,000 in sales – the equivalent of what it had sold for the entire month of June, the Philadelphia Business Journal reported.