Afternoon tea fit for the Queen!

A former royal chef has detailed exactly how the Queen likes her afternoon tea. Unfortunately for Paddington, there’s not a marmalade sandwich in sight.

Many of us indulged in a scone or two at street parties over the Platinum Jubilee weekend, and even Her Majesty was spotted taking tea with Paddington on Saturday.

Now, Darren McGrady, who served the Queen for 15 years, has revealed how the monarch prefers her afternoon tea – which he said is very important to Her Majesty.

Mr McGrady said: ‘When I started as a young chef at Buckingham Palace, it was fascinating to see how important afternoon tea was to the Queen.’

He says the Queen enjoys a ‘full afternoon tea of sandwiches and pastries’.

A former royal chef has detailed exactly how the Queen likes her afternoon tea – and of course it involves cucumber sandwiches. Above, the Queen in her Paddington Bear sketch 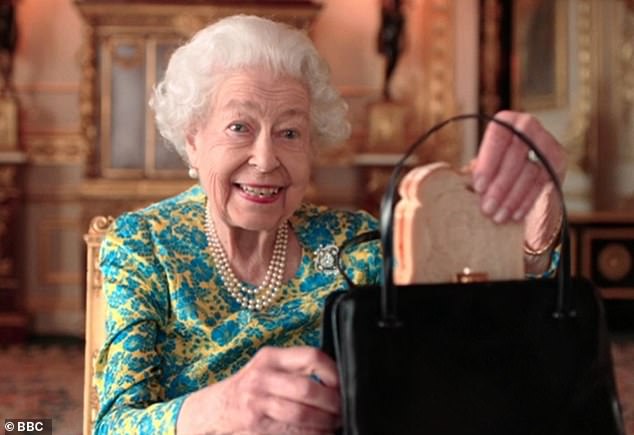 Darren McGrady, who served the Queen for 15 years, has revealed how the monarch prefers her afternoon tea – which he said is very important to Her Majesty

‘Two types of sandwiches, often English York ham with English mustard and cucumber, with the skin removed and sent to the royal cellars for Pimm’s garnish,’ he says.

Of course, the chef would also prepare a selection of cakes and scones for the Queen. 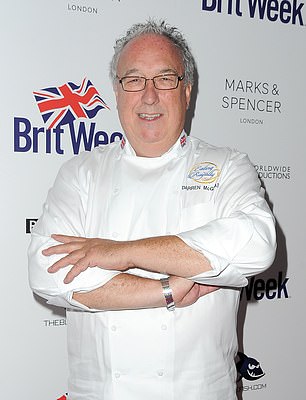 He says: ‘In terms of scones – one day plain and one day with raisins folded through.

‘Also, tiny pastries like raspberry tartlets and a “cut cake” (one that she can cut a slice out of) honey and cream sponge, fruit cake, banana bread, or her favourite chocolate biscuit cake.’

Her Majesty even has a favourite tea, Mr McGrady says.

It would all be ‘washed down with a delightful steaming hot cup of Earl Grey tea’.

Mr McGrady worked for the royal household for 15 years, catering for the likes of Princess Diana, Prince William and Prince Harry throughout his royal career.

Though the Queen wasn’t present for much of her four-day Platinum Jubilee celebration due to feeling some ‘discomfort’ early on, the 96-year-old did make a surprise appearance on the Saturday night.

In a video played at the start of the Platinum Party at the Palace, Her Majesty was seen in a comedy sketch with Paddington Bear – in which the pair enjoyed tea.

They then tapped out the beat of the We Will Rock You anthem together on china teacups using silver spoons as a unique way of getting the celebrations under way. 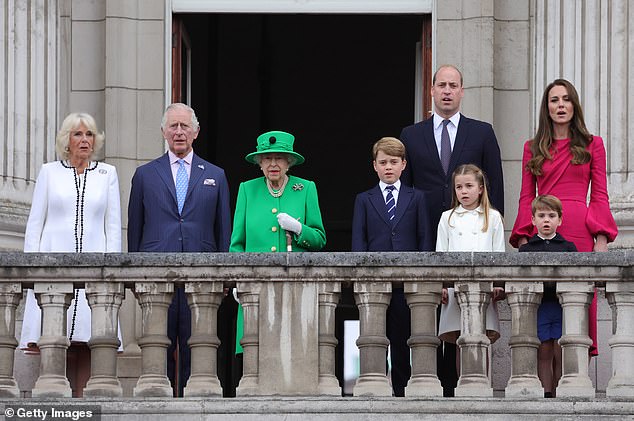 The Queen pictured on Buckingham Palace with Prince Charles and the Duchess of Cornwall, Prince William, the Duchess of Cambridge and their children George, Charlotte and Louis

The menu for the Queen’s afternoon tea

If you’d like to recreate it, here’s what to make: