An ‘greedy’ chief executive at Age Concern has been jailed for seven years after stealing more than £700,000 from a branch  – leaving it surviving ‘hand to mouth’.

John Briers, who earned almost £6,000 per month, diverted up to 20 of the South Shields based charity’s yearly income into his own bank so he and his family could live a life of ‘extravagance’.

Newcastle Crown Court heard Briers, who stole the cash when he was running a branch in South Shields, County Durham, paid 60 of the charity’s cheques into his own bank account.

Briers also awarded himself 11 unauthorised bonuses as well as 19 additional pension contributions from the charity, which helps around 20 per cent of South Tyneside’s elderly and needy.

He pocketed £433,236 through fraudulent cheques which he claimed were for suppliers and paid himself £104,560 in bonuses, including a special, duplicate monthly salary of £5,756. On one occasion he used £169,703 of the charity’s cash to top-up his pension.

Despite the charity being renamed and rebranded it has been left struggling financially.

As a result of the deception by Briers, a married father, who worked at the charity for 21 years, there has been six redundancies at the organisation.

Four staff have had to reduce hours and management have had to take on increasing workloads in order for it to survive after the fraud.

Mr Cassidy said the appearance of the document itself also raised suspicion.

Mr Cassidy spoke out about his worries when dealing with the invoice in August 2015, resulting in an investigation.

A full staff meeting was called and all employees were warned to have no contact with Briers, who was on holiday at the time.

Mr Cassidy told the court the charity has remortgaged their building to ‘keep it going’ and owes a £94,000 payment to the local authority, which stemmed from Briers’ fraud.

He said: ‘The local authority are expecting payment imminently, which creates a hand to mouth living scenario for the charity.’

The court heard six people have been made redundant from the organisation, four staff have had to reduce hours and management have had to take on increasing workloads in order for it to survive after the fraud.

Mr Cassidy said the negative publicity associated with Briers’ behaviour has led to a huge slump in donations and put off some volunteers from future involvement. 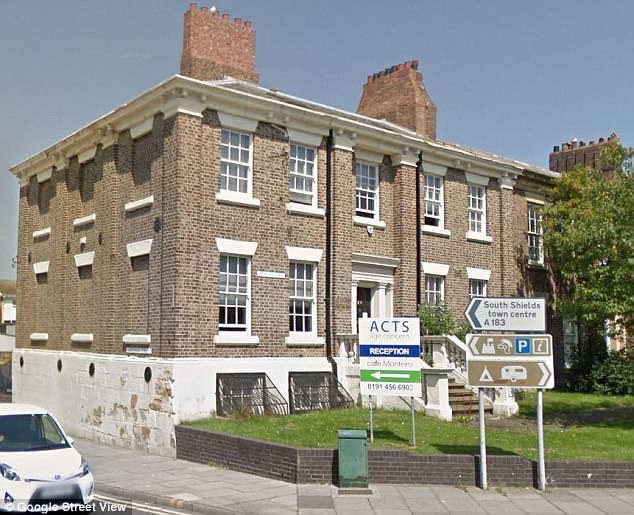 The 57-year-old denied three offences of fraud between January 2007 and August 2015 but was found guilty after his trial.

The court heard investigators found templates of blank invoices for firms the organisation had dealt with when Briers’ office was searched.

Prosecutor Anthony Dunne told the court: ‘The case against him is he dishonestly used that position to fraudulently pay to himself large amounts of Age Concern’s money.

‘He made most of those payments simply by writing out cheques to himself.’

The court heard the money was taken from the two limbs of the organisation, one being the charity, which he was Chief Executive of, and the other was the trading company, which he was Secretary of.

Mr Dunne said Briers used fake invoices and even fraudulent minutes of board meetings in a bid to cover his tracks.

Briers, of Gateshead, Tyne and Wear made no comment during police interview.

Briers told jurors, from the witness box during the trial, he was entitled to the payments and bonuses that went into his bank and that he also used the account to pay cash for services used by the charity.

The executive, who created fake invoices to try and cover his deception, claimed the bogus documents were simply ‘placeholders’ to assist with accounting when the originals were lost and were never intended to look real.

Briers had claimed large sums of money would go through his account and be kept in the safe at his office to pay for services used by the charity and were never hidden from colleagues.

An earlier hearing at the court heard Briers stole from both branches of the organisation – the charity, which he was chief executive of – and the trading company, which he was secretary of.