The swinging 50s: Age when we feel at our sexiest is revealed as 53… and a fifth say dating is spicier as we mature, survey shows

Get to the age of 53 and some of us might think we’re past our prime.

But, insist researchers, it is actually the age when we feel at our sexiest.

Four in ten (41 per cent) of 53-year-olds said they were more comfortable in their own skin and confident about their looks than ever before, according to a survey.

And when it comes to dating, apparently almost a fifth (18 per cent) reckon it is spicier and more exciting than when they were meeting people in their youth.

More than half, 53 per cent, say they now know what they want, while 40 per cent admit they’ve let go of worrying about how they come across.

The research by over-50s dating service Ourtime also found a quarter of over-50s said their relationship and sex life became more exciting after hitting a half century.

Rachel Peru of Ourtime said: ‘Being single later on in life doesn’t have to mean your love life is over.

‘As the survey suggests, you do gain more confidence the older you get and you understand what you want and don’t want from a relationship.’

A third of the 50 plus Brits polled admit that passing the big 5-0 mark meant they let go of their previous insecurities and inhibitions.

The research also found 35 per cent reject the idea of everyone “letting themselves go” when they hit middle age. 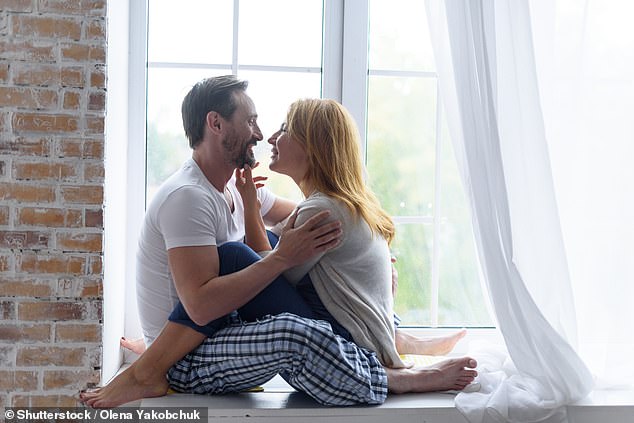 Other inaccurate stereotypes of what it means to grow old include getting fat and wrinkly (44 per cent), only eating boring, bland food (36 per cent) and getting desperate to find someone so they don’t grow old alone (34 per cent).

So it’s no surprise that HALF (50 per cent) of those polled are insulted when they hear people say that over 50 are boring and tame when it comes to dating and relationships.

Other reasons for finding confidence with age include knowing who your friends are and not wasting time with people who aren’t worth it (52 per cent), learning how to say no by the time you’re 50 (49 per cent) and feeling at peace with yourself (47 per cent).