Ageing parents rely on their children to ferry them about

Many parents grumble that they are used as a taxi service by their children.

But it seems the tables may be turning.

According to the AA, ageing parents are now two and a half times more likely to rely on their children to drive them to hospital appointments, shopping trips and other important journeys, than they were five years previously.

Ageing parents are now 2.5 times more likely to rely on their child for lift to important appointments than they were five years ago an AA survey has found (stock picture)

The motoring group analysed recent data from the Department of Transport, which showed 30 per cent of respondents in 2015 said relying on lifts from family and friends was a reason for not learning to drive.

In contrast, teenagers appear to be becoming less reliant on lifts from their family and friends. 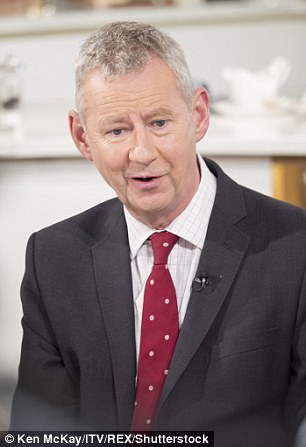 Its president Edmund King said: ‘It looks like the ‘mates’ taxi will have to pull over and make way for ‘gran and grandads’ taxi – payback for all the times parents drove their kids to school, sports activities and parties.’

He added: ‘The lower dependence on the ‘mates’ taxi is a hopeful sign. Among 15 to 18 year olds, 58 per cent of accidental deaths happen on the road.

‘Among young males in this age group, it is 55 per cent and a staggering 63 per cent among young women. The likelihood of dying in a crash is even higher when it is a car full of teenagers. It is such a tragic waste.’

Separate figures from the Department for Transport show that for the first time in recent years the percentage of people aged 70 and over with a driving license has dropped from 64 per cent to 62 per cent.

This decline relates almost exclusively to older men, dropping from 81 per cent to 78 per cent. The percentage of older women with a driving license has remained steady at 50 per cent.