Why Sunday night viewers are all set to go wild about Aggi: Relation of playwright Sean O’Casey and inextricably linked to the stars of Normal People – Agnes O’Casey is about to become a TV superstar

For a complete unknown, actress Agnes O’Casey boasts a rather impressive pedigree.

The 25-year-old is the great-granddaughter of celebrated dramatist Sean O’Casey, whose plays about working-class Dublin life were performed in the West End and on Broadway – and were even adapted for the big screen by Alfred Hitchcock.

Ms O’Casey is making her TV debut in the eagerly awaited BBC drama Ridley Road as Vivien Epstein, a Jewish hairdresser in the Sixties who travels to London to track down former lover Jack Morris.

When she learns that Morris, played by Tom Varey, has infiltrated a gang of neo-Nazis to destroy its leader, she joins him on his undercover mission.

Ms O’Casey, who is known to friends as Aggi, was cast for her role in the four-part series that starts tonight while still at drama school – and she is already being tipped for superstardom.

Agnes O’Casey (pictured) is making her TV debut in the eagerly awaited BBC drama Ridley Road as Vivien Epstein, a Jewish hairdresser in the Sixties

‘This is my first job and the idea that my first job would be so perfectly in line with everything I believe in is a dream come true,’ she said recently.

‘When it first came up I thought it was perfect. I was drawn to Vivien for many reasons. She’s clever without realising she’s clever.

‘She’s not particularly eloquent but she is truthful and principled. You watch her on this journey as she discovers her own ability.’

Aggi was raised with the surname Kenig, but uses her paternal great-grandfather’s name as a tribute.

The memoirs of Sean O’Casey, who wrote Juno And The Paycock, were turned into a film a year after he died at 84 in 1964, starring Julie Christie and Dame Maggie Smith.

As it happens, Ridley Road co-star Varey is the former real-life boyfriend of Daisy Edgar-Jones, who was Mescal’s co-star in Normal People.

But Ms O’Casey told The Daily Telegraph yesterday: ‘In my third year I really lost confidence. I was daydreaming about getting on a plane and leaving. Then came the pandemic and our graduation showcase was cancelled. In some ways that saved me, because I think I was spiralling.’ 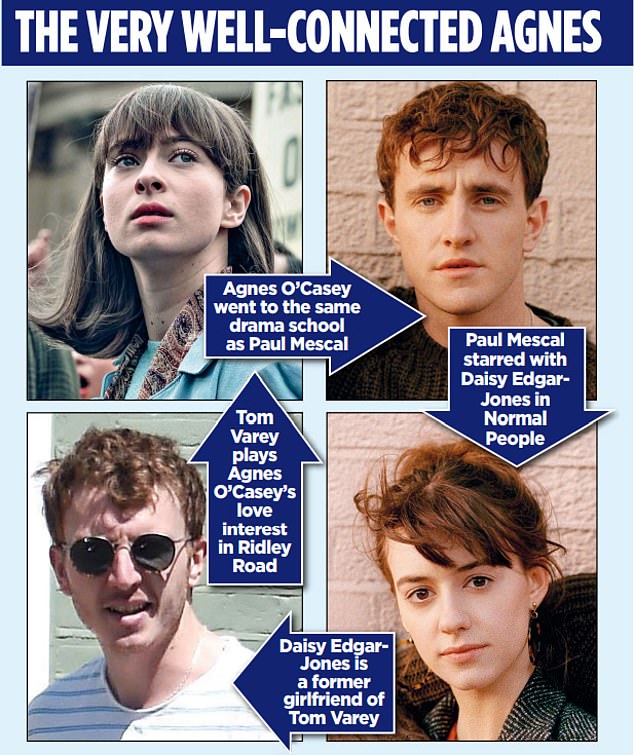 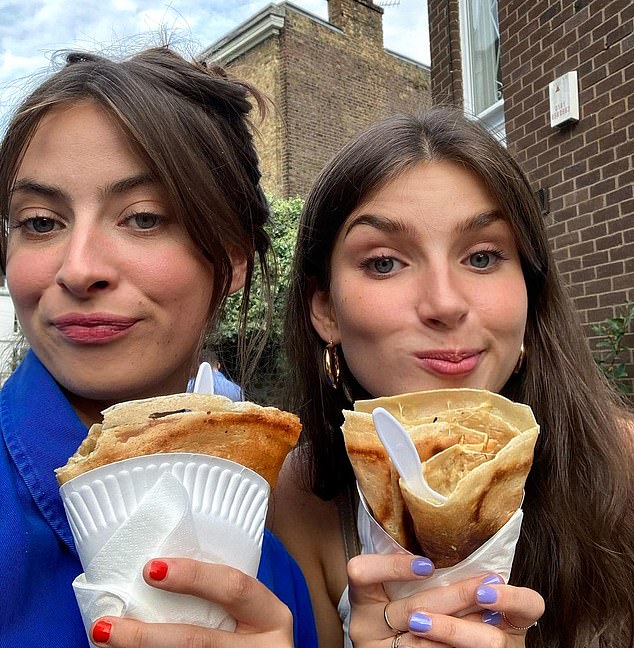 The London-born star’s sister appears to have the acting bug, too. Ms O’Casey posted a photo of her and sibling Essy (above), announcing that her sister was ‘going to drama school’

Unlike others, she found auditions on Zoom liberating.

‘I didn’t have to go into a big, strange, intimidating building and wait in reception,’ she explained.

‘I just opened my own laptop in my own student bedroom… and the stars aligned.’

The London-born star’s sister appears to have the acting bug, too.

Ms O’Casey posted a photo this month of her and sibling Essy with the caption: ‘My lil sis all grown up and going to drama school.’

She said: ‘I often found the pressure to be creative terrifying. It made me feel stupid. I remember trying to write a play – the project overwhelmed me. But because of small class sizes, I had to get over my fear of being seen.’

Varey, 29, who appeared in Game Of Thrones, said Ridley Road was ‘about the universal message of standing up for what you believe’.

Asked if they had to work hard at love scenes, Ms O’Casey quipped: ‘Yeah, we hate each other!’ But she added: ‘When you’re working with a great actor, it’s so easy.’