One supporter was cruelly robbed of a £250,000 Super Six jackpot after Emerson scored a 94th minute goal in Chelsea’s 2-0 victory over Atletico Madrid.

The fan, Alan Davies from Birmingham, had correctly predicted five other scores in the Sky competition and just needed the Blues to hold on for a 1-0 victory to claim the full prize fund.

But Emerson’s late strike, which was virtually the last kick of the game, robbed him of the quarter-million pound jackpot. 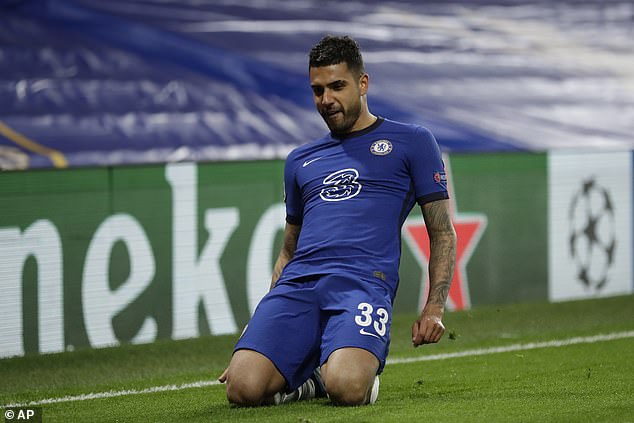 Tim Sherwood, who was providing updates in the Sky studio, looked distraught as the late goal went in with the former Tottenham manager putting his head in his hands.

It was all going smoothly as Hakim Ziyech put Chelsea 1-0 ahead in the first half.

An 81st minute red card for Ateltico defender Stefan Savic put the Blues further in control and it looked as if Thomas Tuchel’s side would be heading for another 1-0 victory.

Sherwood became animated as Atletico threatened late on but relaxed as Chelsea cleared the danger. 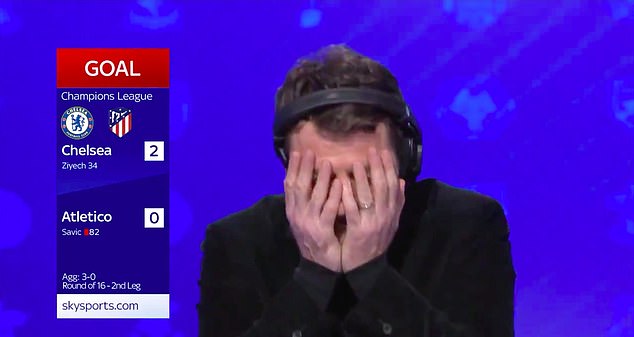 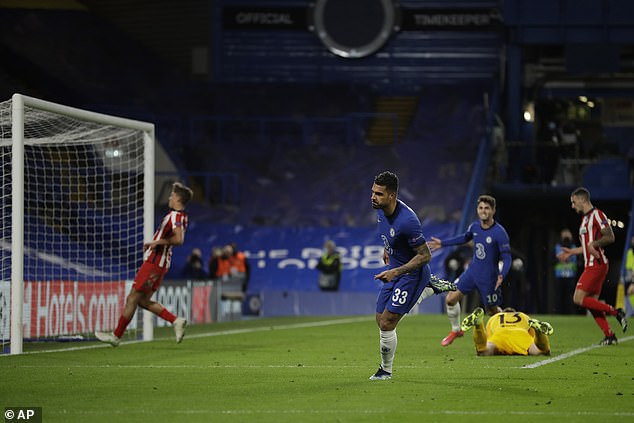 To make matters worse, it was the Chelsea defender’s first goal since September 2018

However, a quick breakaway saw substitute Emerson played through on goal and the defender made no mistake as he slotted the ball past Jan Oblak – much to the dismay of the Sky pundit.

To make matters worse, it was Emerson’s first goal since September 2018 with the 26-year-old having been a bit-part player for the Blues in the last few seasons.

While the fan may have lost out on the full jackpot, his five correct scores and one correct result did at least earn him £6,000.