An Illinois mother has revealed the heartbreak of being one of the triggers for her daughter’s tics from Tourette Syndrome – until a new therapy changed all that.

Avery, who asked that we not use her last name, was eight years old when she was diagnosed with Tourette Syndrome, a nervous system disorder that causes involuntary behavioral tics.

Soon her mother, D’Ann, became one of the triggers. The way she spoke or breathed could make Avery’s entire body jerk.

It became so difficult that the two had trouble being in the same room together.

Then, a year ago, the family decided to try a relatively new form for therapy that teaches sufferers to recognize the tics and create a competing response to fight the urge to do it.

Now, the mother-daughter pair can not only just be in the same room together, but love shopping and dining together, and braiding each other’s hair.

Avery, 14, from Naperville, Illinois, was diagnosed with Tourette Syndrome. Pictured: Avery with her mother. Courtesy of: NBC Chicago 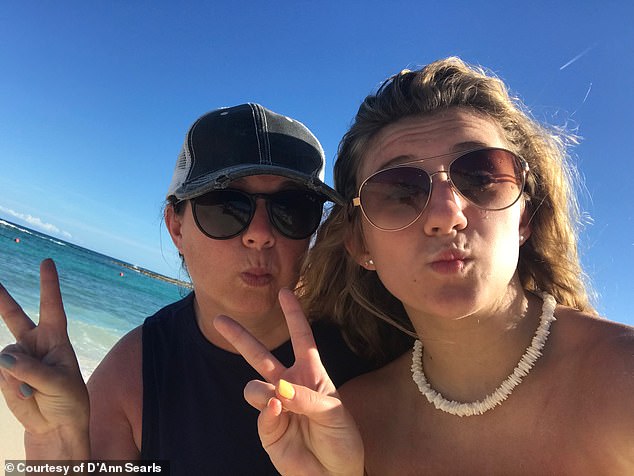 Avery had 26 tics including shrugging her shoulder, turning her wrist, blinking several times and tensing her body. Pictured: Avery with her mother

Her mother, D’Ann, told DailyMail.com that she and her husband noticed Avery stared having tics around five years old.

‘We went to the doctor, who first explained it was transient tic disorder,’ she said. ‘After she had both motor and vocal tics at [age] eight, she was diagnosed with Tourette.’

Tics can be mild with small movements, or they can consist of sudden vocal outbursts and entire body convulsions.

It is estimated that approximately 300,000 children in the US have the disorder, according to the Tourette Association of America.

The syndrome is often co-diagnosed with conditions such as Obsessive Compulsive Disorder, which Avery also has.

Avery had 26 tics including shrugging her shoulders, turning her wrists, blinking several times and tensing her body.

Around age 10 or 11, she began mimicking her mother, and that became one of her tics.

‘When I asked my mom a question, she had to answer: “Yes”, it couldn’t be: “Sure,”‘Avery explained to DailyMail.com.

‘When it wasn’t that, that would upset me and I would tic.’ 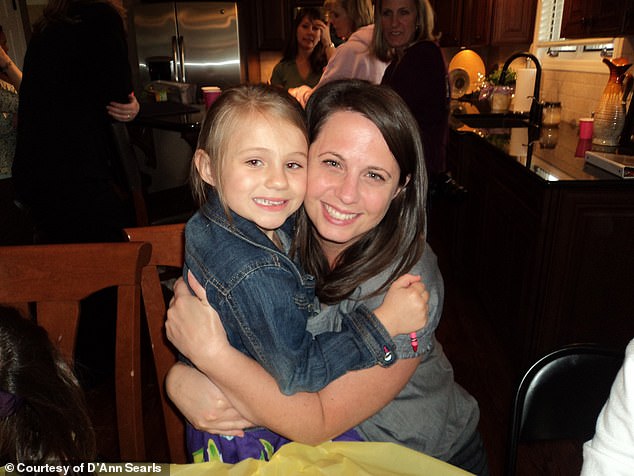 Around age 10 or 11, she began mimicking her mother, and that became one of her tics. Pictured: Avery with her mother 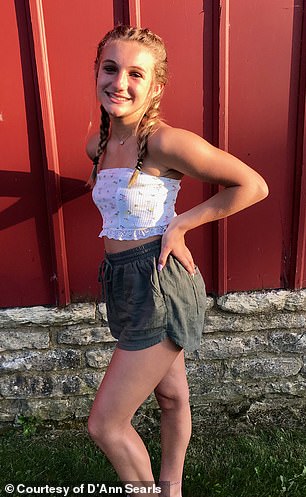 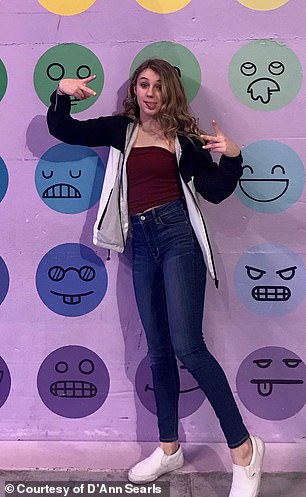 The family tried medication, neurofeedback, acupuncture, supplements and elimination diet but nothing worked. Then they started Comprehensive Behavioral Intervention for Tics, which teaches Avery (left and right) to recognize and control her tics

Soon, she says, it carried on to anything her mother would say or do. It became hard for the two of them to be in the same room together.

‘When people speak, for instance, they breathe in before they do,’ Avery said. ‘When my mom did it, it would cause me to do a tic.’

The family tried a number of different methods: medication, neurofeedback, acupuncture, supplements and an elimination diet – but nothing worked.

‘I was definitely holding back and I felt like I was walking on egg shells,’ D’Ann said.

Mindy Meyer, a pediatric nurse practitioner at Northwestern Medicine explained that this behavior is more common then people think.

‘Tics like these happens whomever the child feels safest around or who the primary care giver is,’ she told DailyMail.com.

‘That’s because the child knows he or she will not get judged and they will be loved unconditionally.’

CBIT focuses on people with Tourette becoming aware of their tics and triggers so they have a chance to control them. 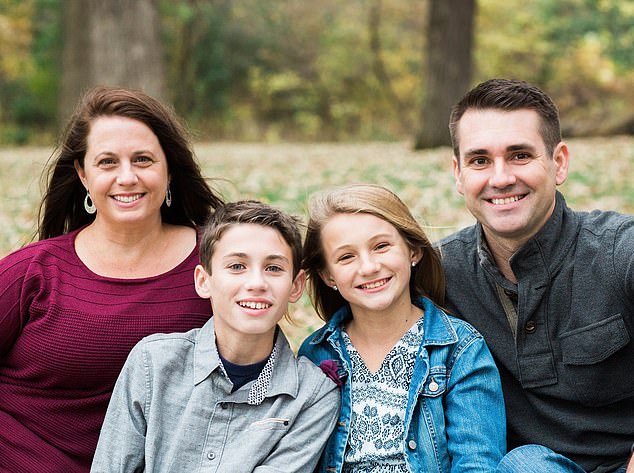 Over the course of a year, Avery worked her way down from 26 tics to four tics. Pictured: Avery, second from the right, with her parents and her brother 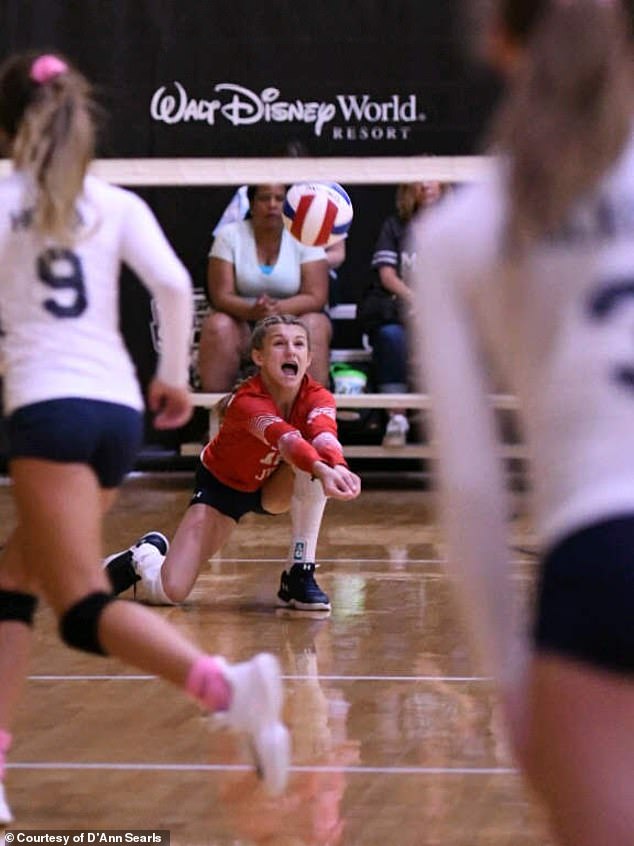 Her relationship with her mother has also drastically improved and they go out together for shopping together and eating. Pictured: Avery playing volleyball

When Avery and her mom went to their first appointment, Avery would cover her face to make sure she couldn’t see her mom or plug her ears.

Now, Avery is down from 26 tics to just four – and she says she still working on it.

‘It’s just awesome,’ she said. ‘I’m more confident and I’m proud of myself.’

Her relationship with her mother has also drastically improved. They go out together for shopping together and eating.

‘We’re sitting on the couch next to each and I’m getting my hair braided right now by Avery,’ D’Ann said during this interview.

Both the family and Meyer said they want to spread awareness that there are ways for parents to help their child manage Tourette syndrome.

‘I hope people with Tourette syndrome know I went through so, so much and there is hope. There really is,’ Avery said.