Ainsley Maitland-Niles says Arsenal are still focused on qualifying for the Champions League by finishing in the top four and not by winning the Europa League.

Arsenal go into Sunday’s match with Stoke City at the Emirates Stadium in sixth place in the Premier League.

With just eight games left they are 13 points behind fourth-placed Tottenham, who play Chelsea on Sunday, and it means their chances of qualifying for the Champions League next season via the league are slim.

As a result, it has led many to argue that Arsenal’s best chance of competing in Europe’s premier club competition next season is by winning the Europa League this year.

Arsenal take on CSKA Moscow in the first leg of their quarter-final on Thursday, but Maitland-Niles has revealed the team’s main aim is to finish in the top four.

‘I think our focus is solely on the Premier League,’ said Maitland-Niles.

‘The players, we have spoken about it (the Europa League) once or twice. It is not our main goal, obviously we want to progress in the Premier League as much as possible and that wants to be our main route. 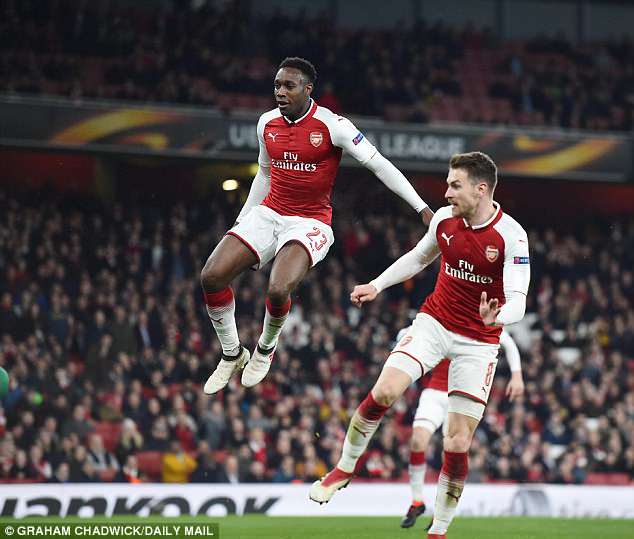 ‘Obviously we want to get into the top four and we want to try and get as close to the number one as we can this season.

‘That is by taking every game as it comes, preparing right and then going out there on a matchday and showing what we have.

‘I think we hit good form before the international break and we are looking to carry that on.

‘The matches we have coming up, we should be able to capitalise and take points and catch up with other teams during that time.’

This season has been a breakthrough year for Maitland-Niles, who has come through Arsenal’s academy to compete for a spot in the first team. 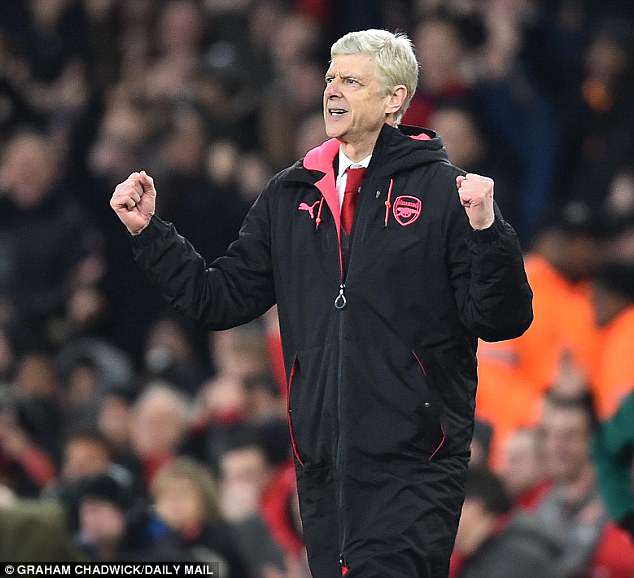 Despite being in the quarter-finals, Arsene Wenger is prioritising the league for Arsenal 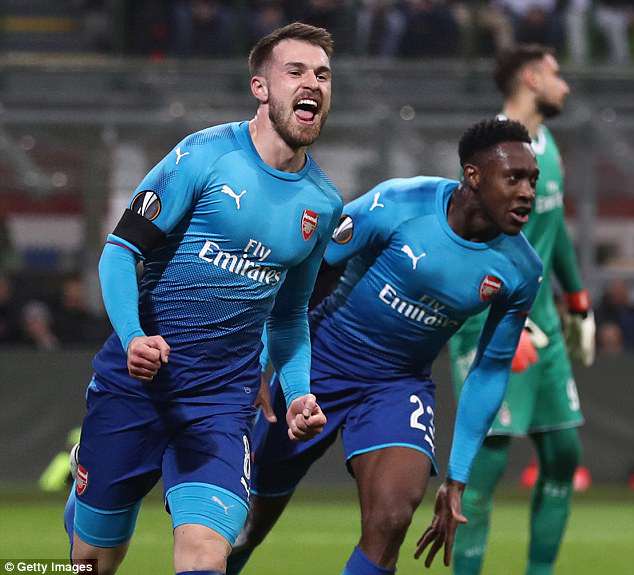 The 20-year-old was not on many people’s radar eight months ago, but he has performed well on the left side of defence and he was called up to the England under-21 squad for the latest internationals.

Maitland-Niles has admitted he is surprised by the amount of game time he has got this season, but he hopes it will persuade other Premier League clubs that there is plenty of talent in their academies.

‘I thought it would be less than I have had to be honest,’ he said.

‘It has been very shocking but at the same time I’m very pleased to see my progress game after game so I have been happy with myself.

‘I just take every game as it comes and in every training session I try to work hard and improve, and so do I in games.

‘There are a lot of foreign players in the Premier League and it would be nice to see more English talent come up through the ranks.

‘There are not a lot of youth academy products and English boys in the Premier League who get to come through at their clubs.’ 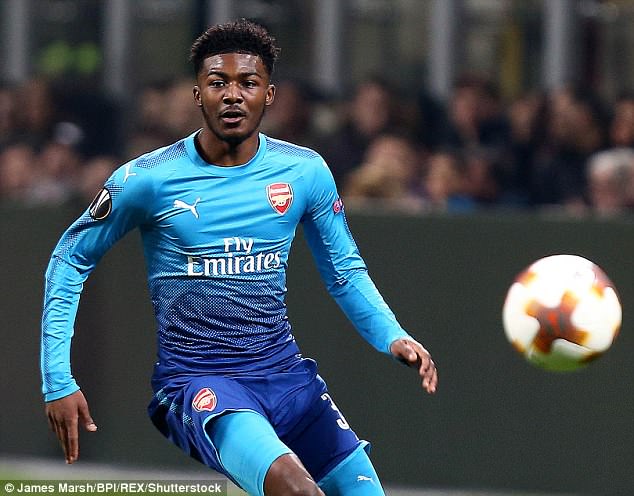