The Air Force Academy has apologized for committing ‘microaggressions’ after a scolding email to cadets urged them to emulate Michael Jordan and eschew ‘gaudy chains’ and sagging pants.

Master Sgt. Zachary Parish, the top enlisted airman over the cadet wing, sent out the admonishment in an email to cadets at the academy in Colorado Springs on Wednesday.

‘It’s unfortunate that a small percentage of cadets who fail to maintain their hair appropriately cast a negative impression that’s reflected on the entire… cadet population and armed service members at large,’ Parish wrote in an email that has been leaked, and since confirmed as authentic by the Air Force.

‘He was never seen with a gaudy chain around his neck, his pants below his waistline, or with a backwards baseball hat on during public appearances,’ Parish wrote. 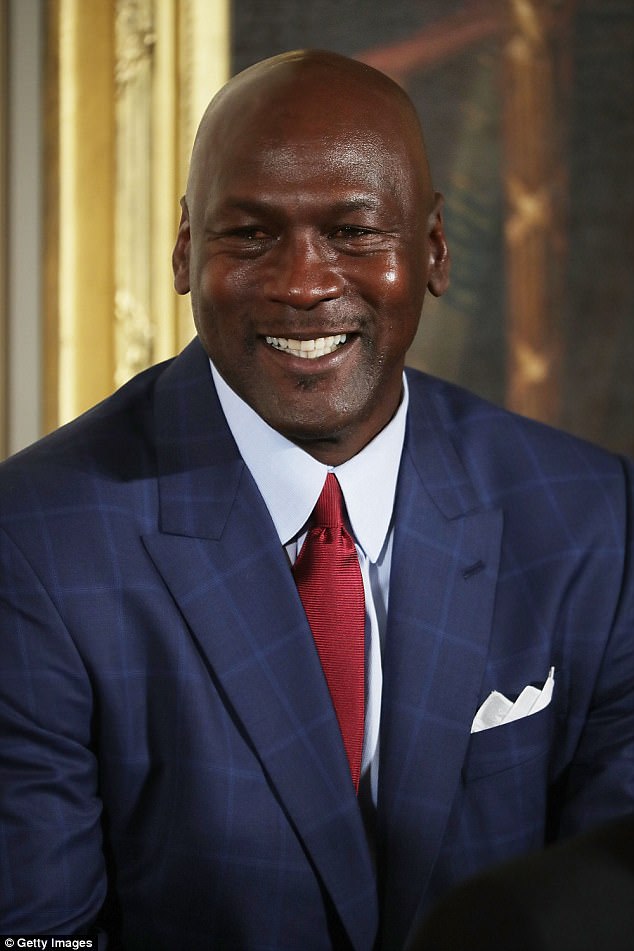 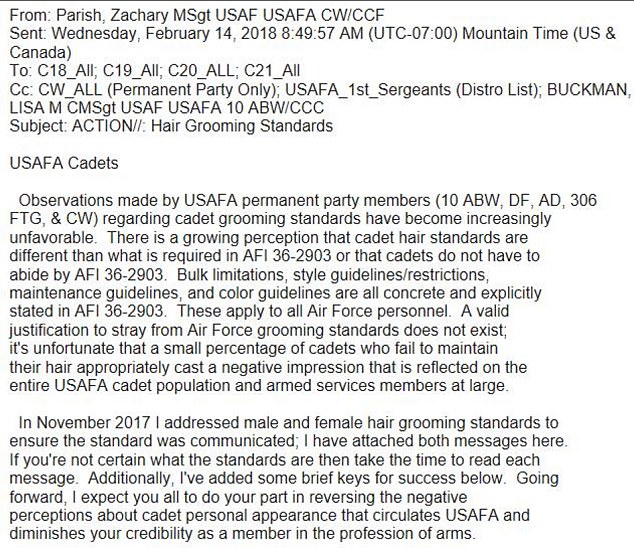 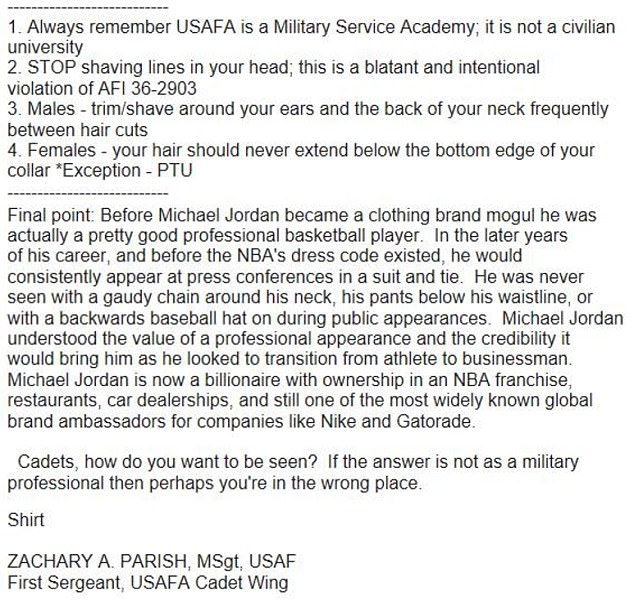 Enlisted officers are the usual enforcers of grooming standards in the military, making Parish’s admonishment a routine one.

Later that afternoon, Col. Julian Stephens, vice commandant of cadets for culture and climate, sent out a second email of apology.

‘Let me apologize for the email sent earlier today by our first sergeant,’ Stevens wrote. ‘The comments were very disrespectful, derogatory and in no way reflective of (cadet wing) permanent party views.’

‘Microagressions such as these are often blindspots/unintentional biases that are not often recognized, and if they are recognized they are not always addressed,’ Stevens wrote.

Stevens’ groveling apology was also quickly leaked to a Facebook group dedicated to non-commissioned officers in all branches of the military.

The apology email quickly drew massive scorn from the ranks of current and retired noncoms in the group. 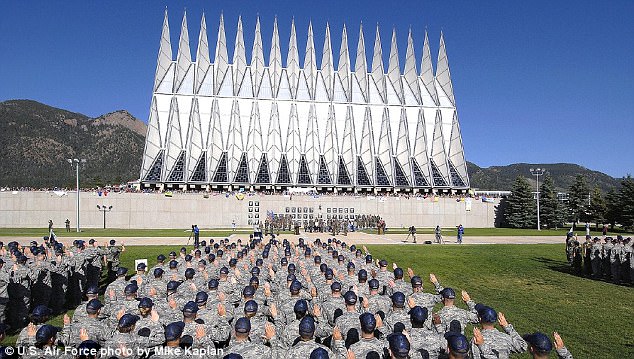 Cadets are seen at the Air Force Academy in Colorado Springs. The Air Force brass is drawing scorn after an apology for ‘microaggressions’ in a grooming standards memo 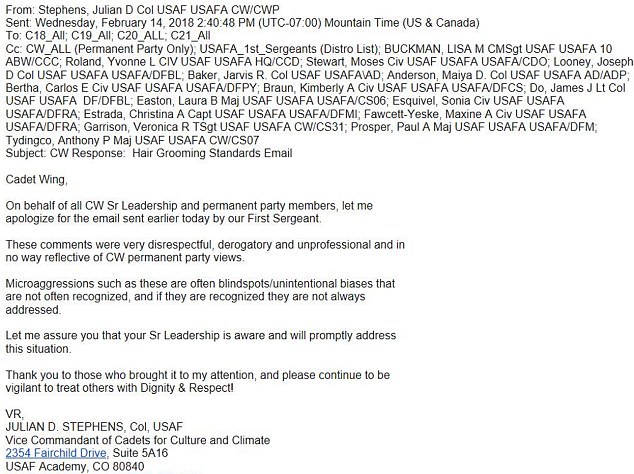 Col. Julian Stephens, vice commandant of cadets for culture and climate, sent out a second email of apology for ‘microaggressions’, which had drawn scorn from noncoms

‘This is a perfect example of why we’re going to lose a war with Russia/China,’ one grumbled in the comments.

‘First Problem. There exists a duty title called “Vice Commandant for Culture and Climate.” Second problem: the billet is filled,’ another wrote.

‘Diversity is a force multiplier,’ Silveria explained in an op-ed following the speech.

Weeks later, it emerged that one of the black students targeted by racial slurs had actually written them in a hoax.

The unnamed cadet is no longer at the school, but a spokesman refused to say whether the cadet withdrew or was expelled.