Air Force plans to jam GPS across western US for training

The Air Force is preparing to launch a massive combat training exercise, and indications have emerged that GPS jamming could affect large swathes of the western US during the maneuvers.

Red Flag 18-1, as the exercise is officially designated, began on Friday and runs through February 16 at Nellis Air Force Base in Nevada, where up to 160 planes will take off daily.

Participation in the secretive air-to-air combat exercise will be limited to the country’s closest allies, with the Royal Australian Air Force and the UK’s Royal Air Force scheduled to take part.

A warning to private aircraft to expect GPS disruptions offered indications that the Air Force is planning to test pilots’ responses to GPS-jamming technology developed by potential adversaries.

An A-10 Thunderbolt II is seen taxing onto the flightline of Nellis Air Force Base earlier this month. The base is set to host a massive three-week training exercise known as Red Flag 18-1 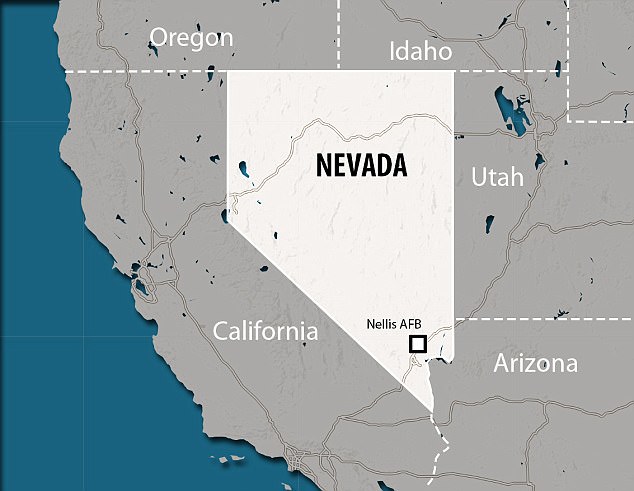 ‘Beginning tomorrow, January 26, and running through February 18, GPS-equipped aircraft operating in the Western United States should be prepared for possible satellite signal disruptions at various altitudes,’ Flying.com wrote in a bulletin.

Though little is known about the GPS jamming technology used in the exercise, it is believed to operate at a much higher range in the air than the ground, meaning impacts to cars and surface GPS could be minimal.

Russia is believed to have developed advanced GPS jamming and spoofing abilities. In 2016, scores of Pokemon Go players near the Kremlin were perplexed when their phones kept reading their location as Vnukovo Airport – a suspected defense against drones, many of which are programmed not to enter airport airspace.

Last year, ships in the Baltic Sea reported that their GPS showed them traveling over land, a hint that Russia was testing navigation disruption technology.

Red Flag training exercises, which the Air Force has conducted since 1975, pit ‘Blue forces’ against ‘Red forces’, which attempt to replicate the tactics and techniques of potential military adversaries. 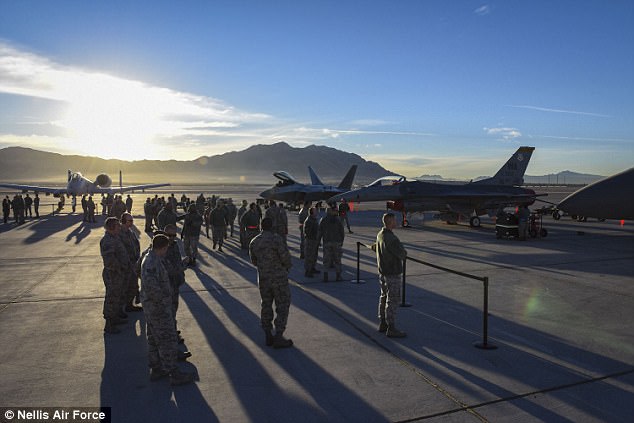 Airmen gather around an A-10 Thunderbolt II, F-22 Raptor and F-16 Fighting Falcon after the quarterly load crew competition at Nellis Air Force Base earlier this month 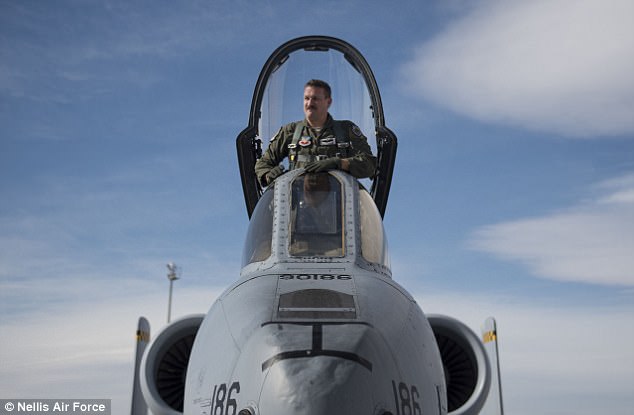 Lt. Col. Ben Rudolphi stands in an A-10 Thunderbolt II at Nellis earlier this month. Red Flag 18-1 is set to be the biggest Red Flag exercise ever

‘It’s the largest Red Flag ever with the largest number of participants, highlighting the balance of training efficiency with mission effectiveness,’ Mathes said.

Red Flag 18-1 will involve a variety of attack, fighter and bomber aircraft, as well as participants from the US Air Force, US Navy, US Army, Marine Corps, Royal Australian Air Force and Royal Air Force.

Exercises will take place over the Nevada Test and Training Range, a military training area with more than 12,000 square miles of airspace and 2.9million acres of land

More than 80 aircraft are scheduled to depart Nellis twice a day and may remain in the air for up to five hours during Red Flag 18-1, the Air Force said in an advisory.

There may be night launches as well to allow air crews to train for nighttime combat operations.