Air New Zealand have issued an apology after workers asked a passenger to cover up before boarding a flight because her clothing was too revealing.

Courtney Newbold was boarding a flight from Rarotonga in the Cook Islands to Auckland on Friday when two different flight attendants said her outfit showed ‘too much skin’.

Ms Newbold was dressed in full-length, high-waisted gym pants and two crop tops when her clothing drew the comments at the boarding gate.

‘A worker had commented on my outfit at the boarding gate so I asked my friend if I could borrow their jacket,’ Ms Newbold told Daily Mail Australia.

Ms Newbold had planned to put on the jacket once she was on the plane but after reaching the stairs she was met by a second flight attendant who commented on her outfit again.

‘I hadn’t got around to putting it on yet so it was when we reached the stairs that another worker said “You’re showing too much skin”,’ she recalled.

‘Rarotonga is quite a conservative area so I have a suspicion it’s a cultural thing.’

Ms Newbold said she was already stressed out as it was a boiling hot day outside with temperatures even higher in the airport.

‘Most of my clothes were in the stowaway, so I wondered where they expected me to get more clothes from,’ she said.

‘I was lucky I had my friend’s jacket, otherwise I probably would have been stopped from boarding the flight.’

Newbold believes the remarks are an example of people policing women’s bodies, saying: ‘I’ve had major body issues, people have no right to comment.’ 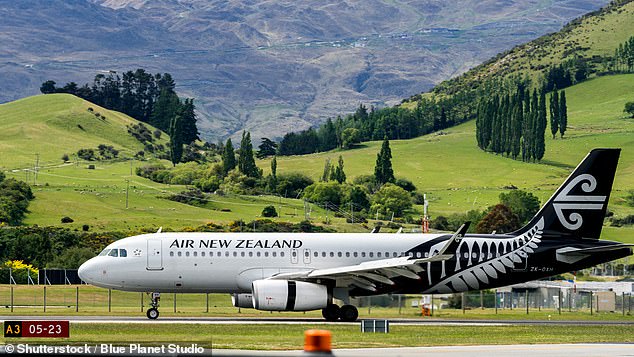 ‘There were definitely men on the flight wearing less than me, in T-shirts and shorts.’

‘They did reach out and apologise, the outcome in the end was satisfactory,’ Ms Newbold said.

She claimed Langridge said the clothing rule was not airline policy and the incident will be investigated.

Air New Zealand confirmed Langridge had apologised for the way the situation was handled.

‘It’s always our intention to put customers first and ensure those who travel with us feel welcome and have a comfortable journey,’ Langridge said in a statement to Stuff.