Air passenger who picked up another traveller’s £1,000 Longines watch from an airport security tray when she flew to Romania to visit her family then kept it for 10 days is CLEARED of theft after saying she just forgot to hand it in

By Sebastian Murphy-bates and Rory Tingle For Mailonline

An air passenger who picked up another traveller’s £1,000 Longines watch from an airport security tray then kept it for 10 days was today cleared of theft after insisting she just forgot to hand it in.

Anda Gabur, 34, had sent her own belongings in trays through an X-Ray machine at Luton Airport on August 9 and went through the security arch to wait for her property to come through.

After gathering her items out of the grey plastic trays, the businesswoman spotted the silver Longines watch on its own in another tray and picked it up.

Shortly afterwards, at around 6.45am, she and her husband continued into departures.

Today, Ms Gabur, who lives in London with her husband and her young son, told Luton Crown Court she had intended to hand the watch to airport staff, but became distracted when one of her bags had to be searched and it ‘slipped her mind.’

The owner of the watch, Magdalene Doherty, reported the loss of her family heirloom to airport security staff that same morning.

As a result, security staff examined CCTV footage to see who had taken the watch and identified Ms Gabur, who at the time was on holiday in Romania with her family.

She returned to the airport 10 days later to be met by police officers wanting to question her. 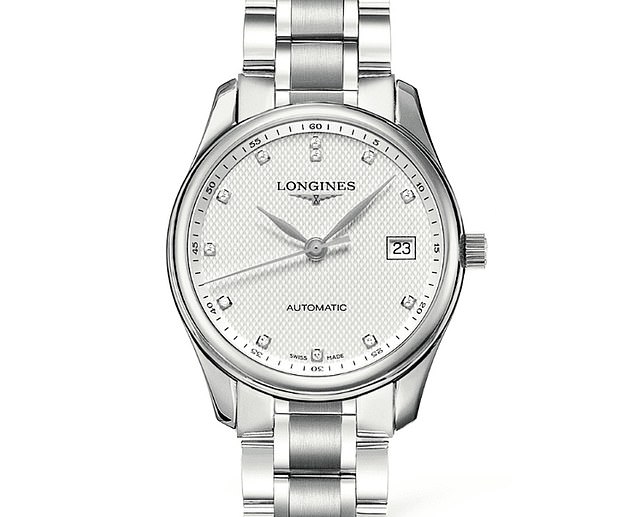 A file photo of the £1,000 Longines watch that Ms Gabur picked up from the security tray

Ms Gabur, who was born and raised in Romania, before leaving a number of years ago, handed the watch to officers, and insisted she had forgotten it was in her possession.

Her husband, 41-year-old Timothy Axon, said the item had not been mentioned during the holiday.

Today a jury back Ms Gabur’s claim and found her not guilty after retiring for two hours and 31 minutes.

As the Romanian left the dock, Judge Rebecca Herbert told her: ‘Ms Gabur, you leave this court without a stain on your character.’

Moments later she broke down in tears as she was hugged by her husband. 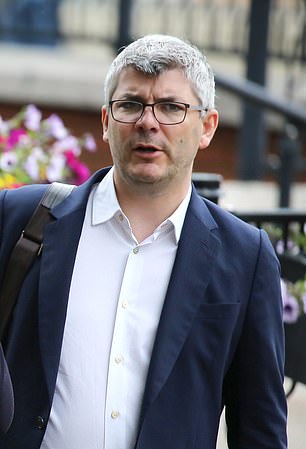 Outside the court, Ms Gabur said: ‘I am relieved it’s all over because it’s been a long ten months. Now I am glad it’s all over.’

Mr Axon said: ‘It should never have come to court.

‘We had to pay tens of thousands of pounds in legal fees just to protect ourselves. We are just fortunate we had the means to do it.’

Ms Doherty, the owner of the watch, didn’t give evidence in court.

In a statement, she told the jury she had forgotten to pick up her watch after being diverted by helping her daughter remove her shoes for a body search.

She only noticed she had lost it when she got to the departure lounge.

Ms Doherty returned to the search area and when the precious item couldn’t be found reported the loss to security staff and gave her details.

The watch, which had a silver bracelet band and hinged clasp, was given to her by her brother as a present in February 2018. She said it was of great sentimental value. 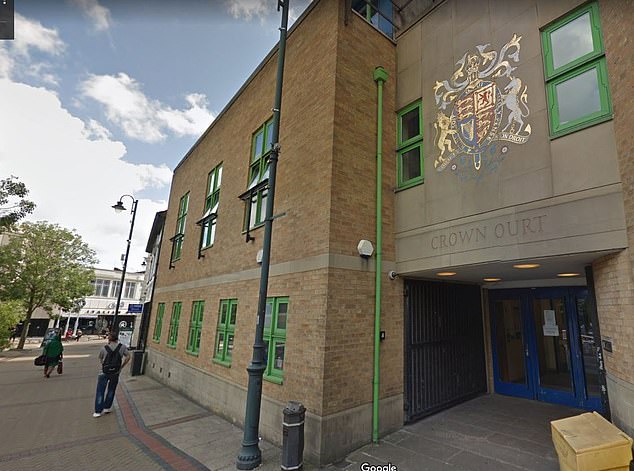 The case was heard today at Luton Crown Court, where the judge told Ms Gabur as she walked out that there was ‘no stain’ on her character 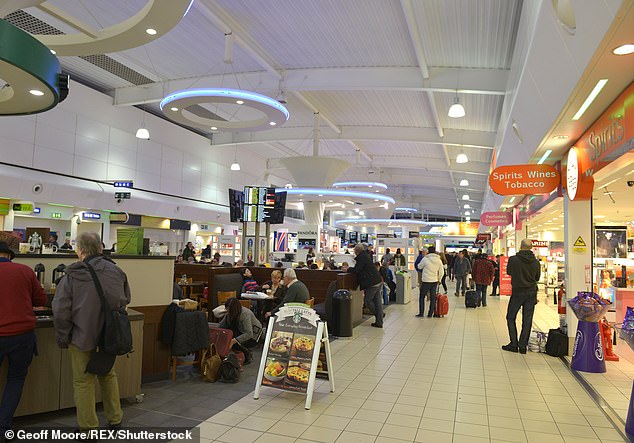