New breed of business class traveller: Air passengers from commercial hotspots like New York, Singapore and Dubai could be made exempt from quarantine in bid to boost economy

Air passengers from commercial hotspots like New York, Singapore and Dubai could be made exempt from quarantine in bid to boost economy.

It is hoped plans for a new Covid-19 testing system, which would mean passengers from ‘red’ countries with high coronavirus numbers would not have to isolate for two weeks upon arrival if they tested negative for the virus, will encourage business travel.

Under the new scheme, which has been put to the government for approval, the UK’s business traffic could reopen, including to key countries such as the US, which is currently classified as a ‘red’ country’ due to its escalating coronavirus figures.

The new testing system, which the government is being urged to approve, would see all passengers tested upon arrival and is hoped to encourage a more business travel

Currently those wishing to go on holiday in the UK are facing a two-week quarantine when they return from restricted countries and testing is unlikely to be introduced until the end of next month.

There are also increasing concerns that popular holiday destination Spain, which has seen a rise in coronavirus cases since the easing of its national lockdown, could be soon added to the red list.

Aviation services companies Swissport and Collinson proposed to introduce a ‘test-on-arrival’ scheme, with nurses swabbing all passengers as they arrive.

The scheme will be piloted at Heathrow and the organisations hope to roll it out to other airports. 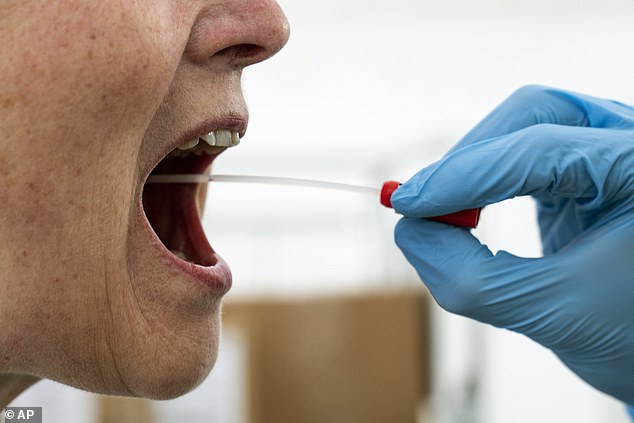 The test swab will then be taken for testing to a biotech lab near the airport, using the same transportation protocols the NHS uses for at-home swab tests.

Passengers will receive their results within seven hours.

It is hoped the procedure, if approved by the government, can restore public confidence in aviation and travel and in turn be a boost to the wider economy.

Managing director for medical and security assistance at Collinson Scott Sunderman said ‘tens of thousands’ of people could be tested every day, reports The Times.

Other countries, such as Dubai, Russia and Hong Kong, have already begun testing airport arrivals.

In Jersey, passengers are given the option of taking a test meaning those who get a negative result do not have to isolate in the country for two weeks. 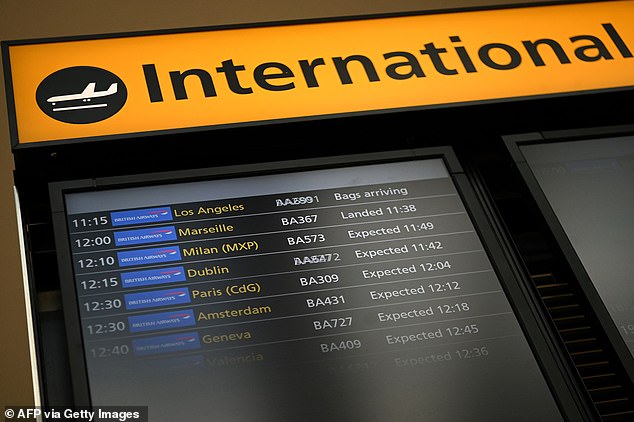 Airline bosses wrote to the UK, US and EU governments urging them to agree a joint-testing programme

Airlines UK chief executive Tim Alderslade said the lack of flights between the UK and the US has resulted in trade coming to a standstill and warned more jobs could be lost if the testing policy is not altered.

In a bid to kick start the aviation industry, the Department for Transport has created a ‘restart, recovery and engagement’ group made up of representatives from across the sectors, including airports, airlines and unions.

A testing sub-committee has also been set up, tasked with analysing the industry’s bid for in-airport testing.

This week the bosses of British Airways, United, Lufthansa and American Airlines wrote to the UK, US and EU governments urging them to agree a joint-testing programme to help reopen transatlantic travel.

The airlines finished the letter by saying: ‘Nobody will benefit from a prolonged closure of this most indispensable corridor for global aviation.’