Air pollution is the ‘new tobacco’ and breathing is killing seven million people a year and harming billions more, the World Health Organisation has warned.

More than 90 per cent of the world’s population suffers toxic air pollution which is having a drastic effect on the health of people, especially children.

The danger toxic air has on the world’s population has been deemed ‘a silent public health emergency’ by the head of the WHO.

Dr Tedros Adhanom Ghebreyesus, the WHO’s director general, told The Guardian: ‘The world has turned the corner on tobacco. Now it must do the same for the ‘new tobacco’ – the toxic air that billions breathe every day.

‘No one, rich or poor, can escape air pollution. It is a silent public health emergency.

‘Despite this epidemic of needless, preventable deaths and disability, a smog of complacency pervades the planet.’

Children and babies, whose bodies are still developing, are the most at risk from  the toxic air.

And there are now 300 million people living in places where toxic fumes are six times above international guidelines. 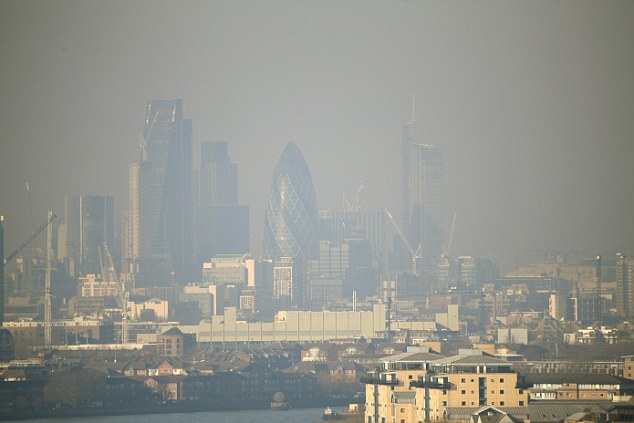 Dr Maria Neira, WHO director for public health and the environment, told The Guardian: ‘We have to ask what are we doing to our children, and the answer I am afraid is shockingly clear: we are polluting their future, and this is very worrying for all us.’

Most urban areas in the UK have illegal levels of air pollution and causes more deaths per year than tobacco.

But researchers think the harm known to be caused by air pollution, such as heart attacks and lung disease, and is ‘only the tip of the iceberg’.