An Airbnb landlord was shocked to discover 12 revellers had snuck into his flat for a drink-and-drugs lockdown party on CCTV doorbell footage.

The landlord, who asked not to be identified, said he received a booking for the apartment in Notting Hill, London at around 9pm on April 18, and warned the customer that only two people could be inside the property at once.

He continued to monitor the situation throughout the evening due to similarities the booking had with another from a few days earlier, after which he said the property was left ‘in a mess’ with evidence of drug use and drinking.

The property owner was then awoken at 1am due to phone notifications from his Ring video doorbell alerting him to activity outside the front door.

In a CCTV clip from the doorbell, at least 12 men and women are seen sneaking inside the property, despite earlier warnings that more than two guests would be evicted if caught.

Footage shows two men initially unlocking the front door, before a woman attempts to duck down below the shot of the doorbell to avoid being seen.

She is followed by a man, and later eight further guests, who enter the flat together for what reportedly became a drink-and-drugs party, despite government warnings to stay at home.

The landlord, who was abroad at the time, said he sent a relative to the property after he was awoken by the Ring alerts, who reportedly found 11 people smoking weed, drinking and socialising.

‘I saw them check in and felt suspicious and kept monitoring the situation, and at 1am my phone notification kept going due to the Ring doorbell,’ he said.

‘I then saw the video and I sent a relative. When he came to the property he found 11 people smoking weed, drinking and socialising. 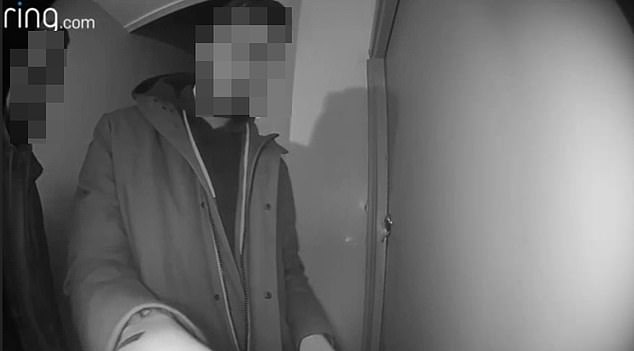 Footage from a Ring doorbell outside a flat in Notting Hill, London captured 12 people as they entered the property amid the coronavirus lockdown on April 18 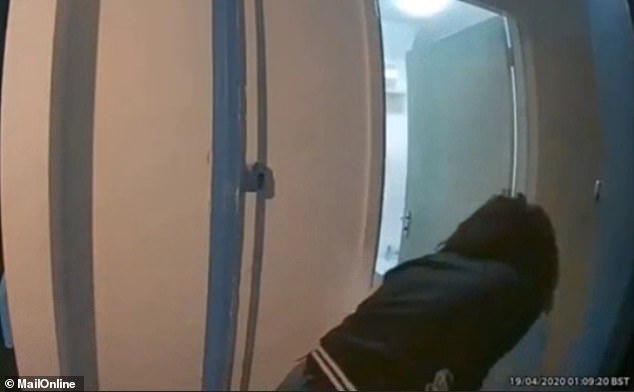 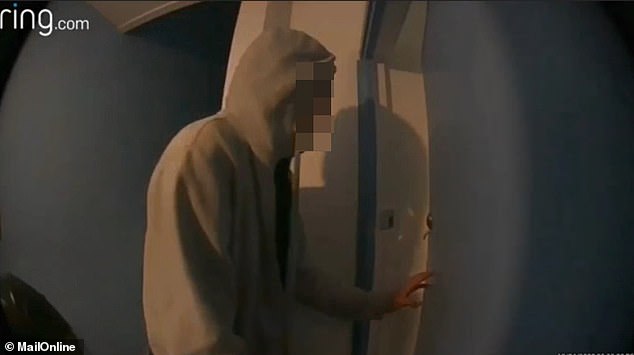 Another man follows her into the property, and is soon followed by another group of guests

‘The person who booked called and begged me to let him stay and said he would pay me much more money but I refused.

‘I explained to him that what he is doing is careless and selfish, I told him that my sister and her four children had contracted the coronavirus and it is not a joke.

‘I was quite emotional and strong worded about it.’

The landlord added that the flat was cleared by 1.45am and no major damage was found.

Suspicions were raised about the group after another booking on April 15 had resulted in a ‘mess’ at the property, with a cleaner finding evidence of ‘drugs and drinking’. 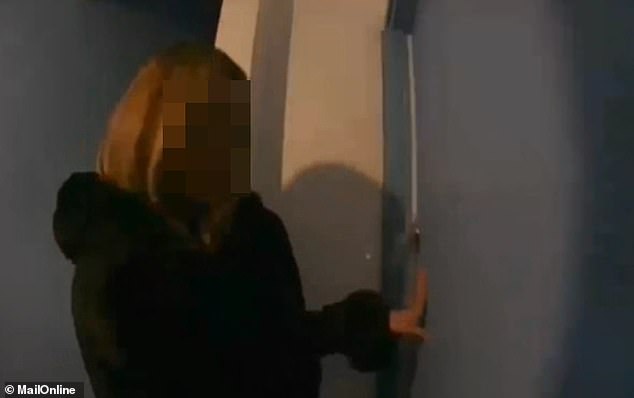 The landlord, who was abroad at the time, said he sent a relative to the property after he was awoken by Ring alerts on his phone 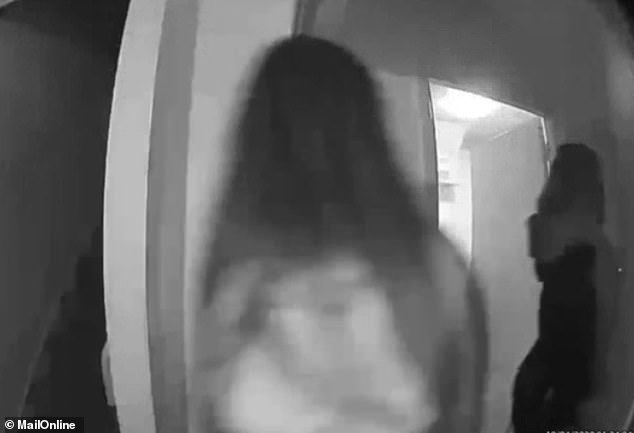 Pictured: Two women enter the flat in Notting Hill as part of a group of 12 amid the coronavirus lockdown 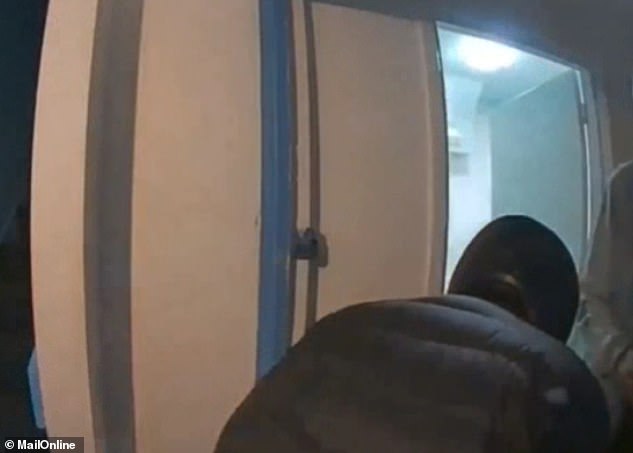 When the landlord then received another booking on April 18, the cleaner told him the photograph on the form resembled someone she had crossed paths with on the way to the property that day.

He then asked the potential guest to send him proof of ID and asked why he was booking, to which he responded it was a work trip and he would be staying with a colleague.

The landlord eventually decided to cancel the booking due to the cleaner’s assertion she had seen him near the property as he suspected the young man may have been part of the previous gathering.

Another booking was then made at 8pm that evening, and the property owner sent a warning message: ‘Due to Covid-19, we ask you not to have more than two guest and if caught with more people, we reserve the right to evict you on the spot’.

However, despite the warning, some 12 people were later captured on camera arriving at the property.