A daredevil’s dream vacation! Airbnb offers thrill-seekers the chance to book a night in a glass pod at the crux of a dormant VOLCANO in France for just €1

Thrill-seekers who are hoping to turn their next vacation into a heart-pounding adventure need look no further than Airbnb’s latest quirky listing: a glass pod that is located at the crux of a French volcano and can be rented for just €1 a night.

The unique residence is located in the center of the 1,500 square-mile Chaîne des Puys national park in Auvergne, which is the site of the famous Chaîne des Puys- Limagne fault tectonic area.

Chaîne des Puys encompasses a line of more than 80 volcanoes, which run in a 28-mile-long range from north to south, and includes the dormant volcano where water brand Volvic filters its product though six layers of volcanic rock.

Hot spot: Airbnb has unveiled a glass dome that is located at the crux of a dormant volcano in France – where one lucky person will get to spend a night in September 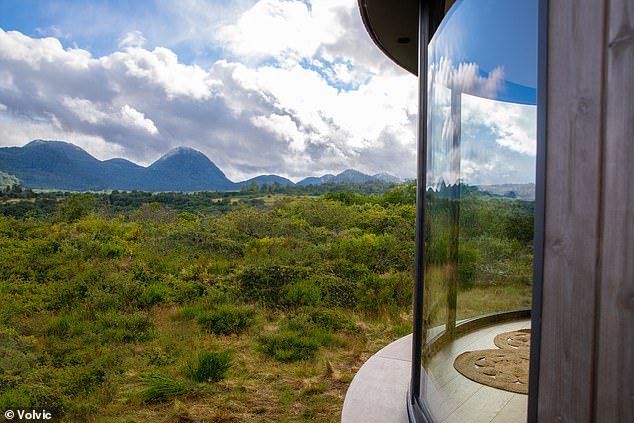 Views: The pod, which was launched in collaboration with water brand Volvic, is located alongside the 28-mile-long Chaîne des Puys volcano range in Auvergne 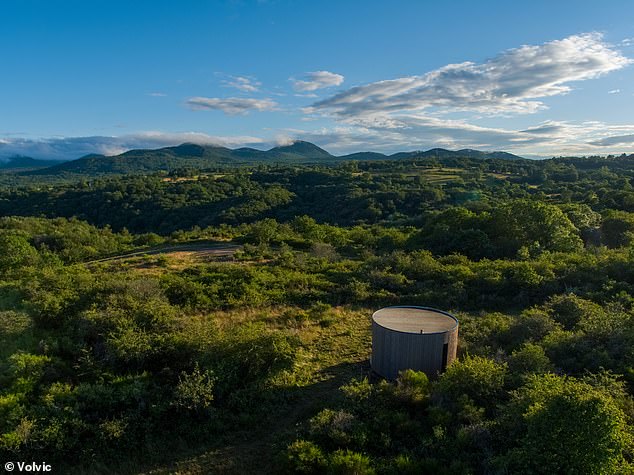 Middle of nowhere: All of the volcanoes in the range are dormant, meaning that they haven’t erupted in thousands of years – however there is still a chance that they could reawaken

The pod itself can accommodate two guests and comes complete with every amenity that a volcano-scaling adventurer might desire, including an en suite bathroom, a queen-sized bed, and – the pièce de résistance – a unique circular window that makes up one full side of the circular lodging.

But while the glass pod offers panoramic views of the lush green park, the one thing it cannot offer is a glimpse at an active volcano; the volcano has been dormant for thousands of years and now serves as a popular attraction for local hikers who wish to scale its grassy inclines.

Chaîne des Puys’ volcanic range was formed over 95,000 years ago and the last known eruption occurred close to 10,000 years ago, according to GoNomad.

However, the volcanoes within the range are still classified as dormant and not extinct, meaning that there is still a chance that they could erupt again one day.

Extinct volcanoes are considered ‘dead’ and are usually classified as such only after they have gone more than 10,000 years without an eruption, while dormant volcanoes are seen as ‘sleeping’ and still have the possibility of one day reawakening.

Anyone who gets the chance to stay in the pod – which is available to book from July 19 and will be available on a first-come, first-serve basis to one lucky winner for the night of September 18 – will be given a guided tour of the surrounding sites by record-breaking mountain athlete Kilian Jornet. 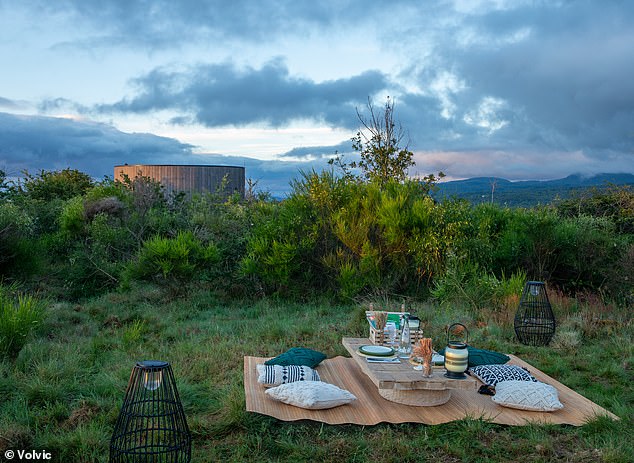 Tasty treat: The one-night stay in the volcano pod will be sold off for just €1 – and the trip includes a meal prepared by Michelin-starred chef Adrien Descouls 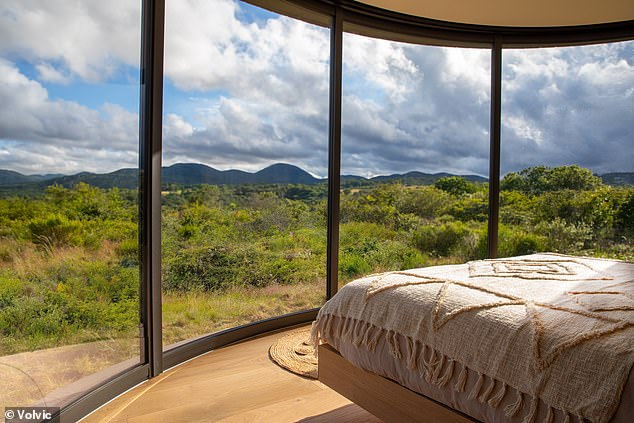 Views: One of the most exciting aspects of the venue is its panoramic views of the volcano range, which was formed 95,000 years ago 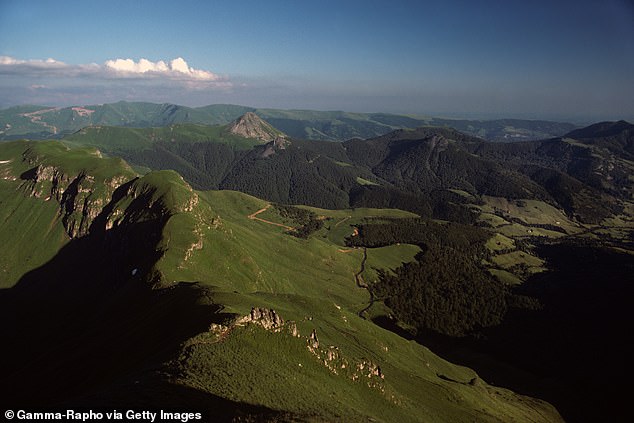 History: The last known eruption in the Chaîne des Puys range occurred around 10,000 years ago – however the volcanoes have yet to be classified as extinct

The stay also includes a dinner prepared by Michelin-starred chef Adrien Descouls and a private yoga session in the morning – complete with sunrise views over the volcano’s peak.

‘Visitors will wake up in immersive Lumi Pod accommodations, witness breathtaking views over the volcano’s peak, spend an afternoon in a hot air balloon and explore the beautiful surroundings on a volcanic hike created by Kilian Jornet,’ a statement from Volvic described.

According to the brand, the aim of the volcanic-themed getaway is to reignite people’s love of the great outdoors after months of being forced to remain indoors amid the COVID-19 pandemic.

‘It has been difficult to reconnect with nature after a year of staying inside,’ Volvic’s global marketing VP, Shweta Harit, noted.

‘Many of us are itching for the opportunity to reset and recharge and what better way to do so than by unplugging, breaking out of your routine in the stunning area of Volvic where our water is born.

‘We are excited to bring a bucket-list experience to nature-loving consumers via our partnership with Airbnb. We can only hope travelers will feel refreshed from this experience as they see just how much strength nature can truly provide.’