The mesmerising video, filmed at the plane manufacturer’s plant in Toulouse, France, charts the delivery of components all the way through to fitting the fuselage together and spray-painting its livery.

The A330-900 plane in the video has now been handed over to Air Mauritius, which is leasing the aircraft. 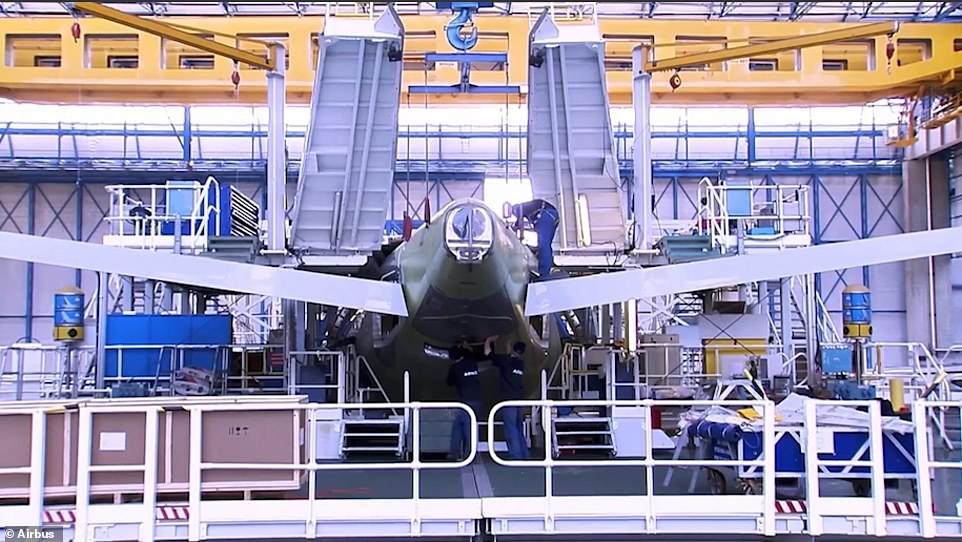 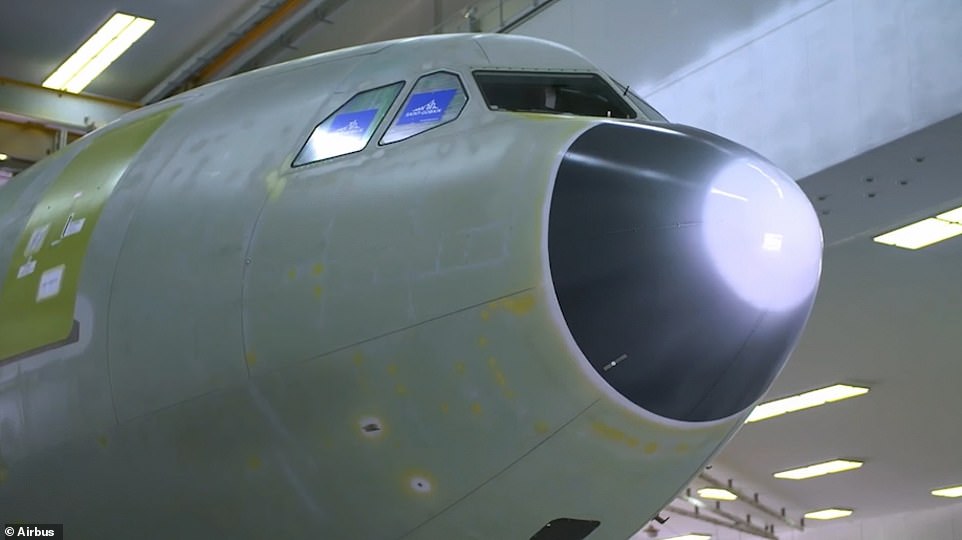 The fascinating video starts with the arrival of an Airbus Beluga plane, which transports the parts for the aircraft to Toulouse from various component production plants across Europe.

Two sections of fuselage are then brought in to a hangar and joined together, followed by the wings before the nose cone and tail fin are fitted.

Once assembled, the aircraft is then towed into a separate hangar where the spray painters get to work, painting it in the vibrant red Air Mauritius livery.

The next part of the video shows the plane sitting on the tarmac at the Airbus plant having had its two Rolls-Royce engines fitted.

The clip ends with the aircraft taking off, ready to be entered into service.

The plane has been given the name Aapravasi Ghat and Air Mauritius is now the first Southern Hemisphere-based carrier to have an A330neo in its fleet. 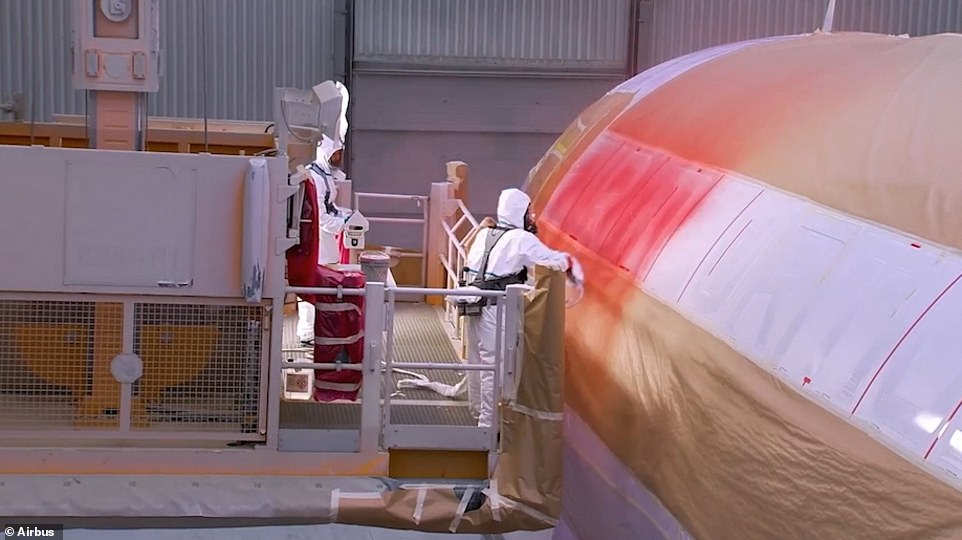 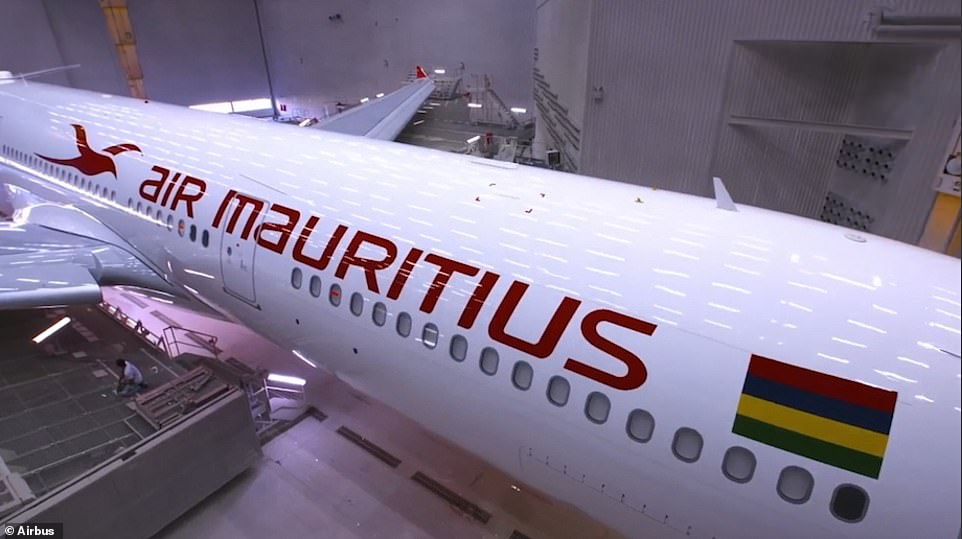 It will feature a two-class cabin with 28 business class seats and 260 economy seats.

The carrier will deploy the aircraft on routes connecting Mauritius to Europe (mainly London and Geneva), India and South East Asia, as well as services to regional destinations including Johannesburg, Antananarivo and Reunion Island. 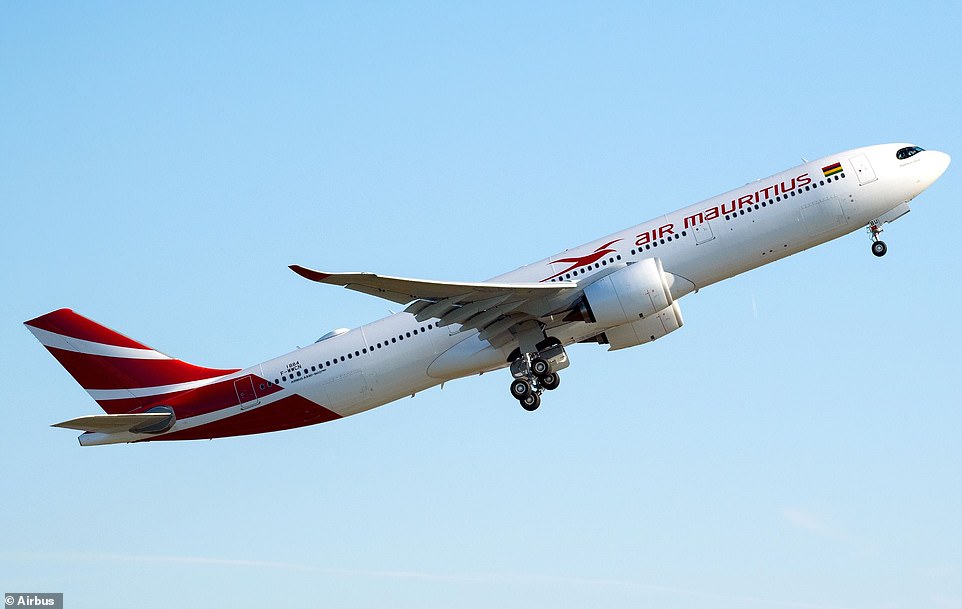 Airbus explained: ‘It builds on the proven economics, versatility and reliability of the A330 family, while reducing fuel consumption by about 25 per cent per seat versus previous generation competitor aircraft and offering an unrivalled range capability.

‘The A330neo is powered by Rolls-Royce’s latest-generation Trent 7000 engines and features a new wing with increased span and new A350 XWB-inspired Sharklets.’

Airbus currently has an order book of more than 1,700 aircraft from 120 customers to date and the A330 is the most popular in the widebody family.