Airbus to pay record £3BILLION in fines to end UK, US and French investigations

Airbus to pay record £3BILLION in fines to end UK, US and French investigations into ‘grave’ bribery and corruption offences

Airbus will pay £830 million to end a UK investigation into corruption offences in a deal approved at the High Court in London.

The aircraft manufacturer faced five charges under the Bribery Act in relation to allegations it failed to prevent firms being offered financial incentives to buy planes and other equipment.

But an agreement for the prosecution to be deferred, reached between Airbus and the Serious Fraud Office (SFO), was approved by President of the Queen’s Bench Division, Dame Victoria Sharp, on Friday.

Settlements of parallel investigations in France and the US were resolved simultaneously, resulting in a total figure worldwide of more than £3 billion.

Dame Victoria said in a written ruling that the criminality involved was ‘grave’ and took place over many years, extending into every continent in which Airbus operates.

She said the agreement reached included a significant financial penalty, which would send an ‘important deterrent message to corporate wrongdoers’.

The judge added: ‘By entering into the Deferred Prosecution Agreement (DPA), the SFO avoids the significant expenditure in time and money inherent in any prosecution of Airbus, and it can use its limited resources in other important work. 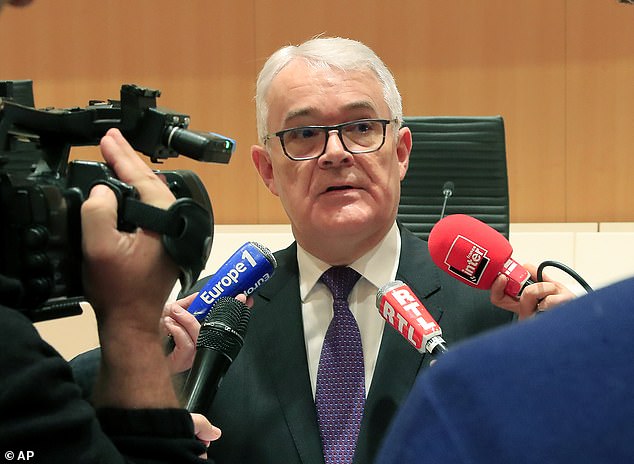 National Financial Prosecutor Jean Francois Bohnert speaks to the media at Paris court house Friday. A French court approved an agreement with Airbus that would see them pay up

‘The DPA is likely to provide an incentive for the exposure and self-reporting of organisations in similar situations to Airbus.

‘As the SFO submits, this is of vital importance in the context of complex corporate crime.’

Allison Clare, for the SFO, told the court Airbus had demonstrated ‘exemplary, genuine and proactive co-operation’ during the investigation.

Ms Clare said the settlement figure was the largest ever for a DPA and amounted to more than all previous similar settlements combined.

Hugo Keith QC, representing Airbus, said there had been a ‘change in the culture and management of the company’ since the time of the allegations. 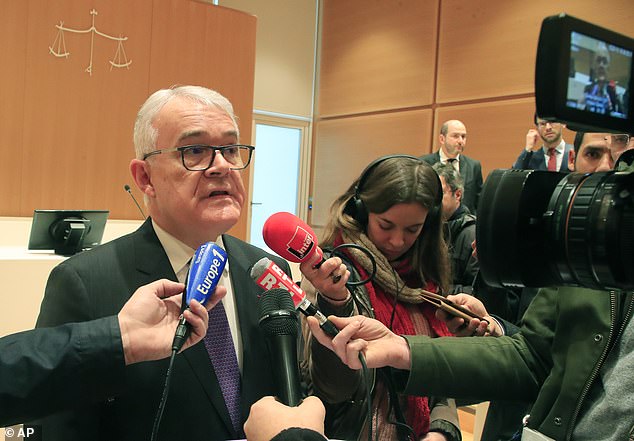 Allison Clare, for the SFO, told the court Airbus had demonstrated ‘exemplary, genuine and proactive co-operation’ during the investigation. Jean Francois Bohnert pictured 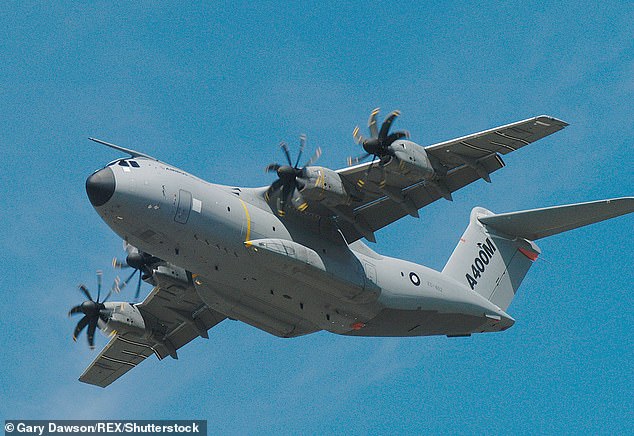 The offences investigated by the SFO are alleged to have involved sales of aircraft in Malaysia, Sri Lanka, Taiwan, Indonesia and Ghana between 2011 and 2015.

The prosecution will be suspended for three years, following which it will be discontinued provided Airbus complies with the terms of the agreement.

Lisa Osofsky, director of the SFO, said in a statement: ‘Airbus paid bribes through agents around the world to stack the decks in its favour and win contracts around the globe.

‘Corruption like this undermines free trade and fair development and it is to Airbus’s credit that it has admitted its culpability, cleaned its house and come forward to put this conduct to bed.

‘A resolution of this scope would not have been possible without the commitment, determination and hard work of SFO staff and our French and American colleagues.

‘We are also indebted to law-enforcement partners around the world for the support they provided in securing this record-breaking resolution.’

The SFO said in a statement that their investigation remains active and the position in relation to individual prosecutions is still being considered.