Air traffic control workers know their job means serious business, but it doesn’t mean that they can’t get into a little fun every now and then.

An airplane passenger awaiting takeoff filmed a playful moment between three air traffic control workers where they get into a mock lightsaber battle on the airport runway.

The video posted April 20 was filmed at an unnamed American airport. 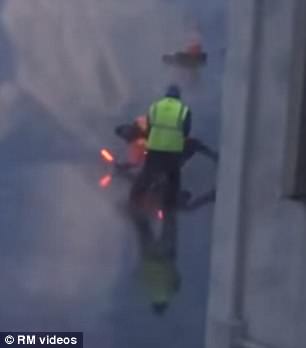 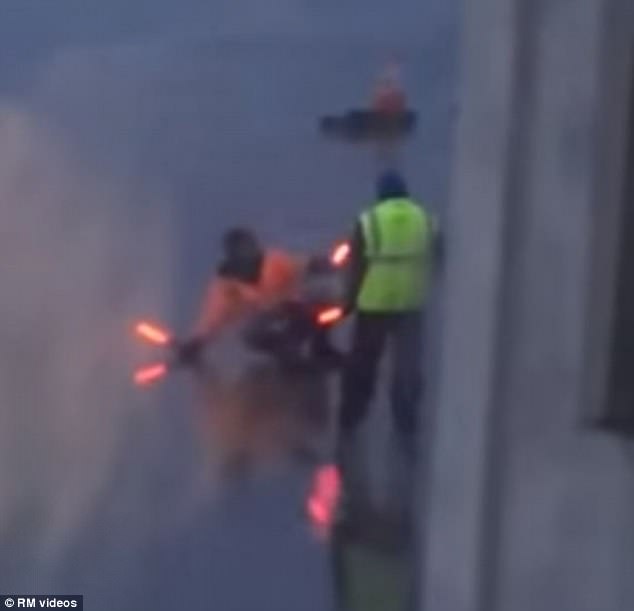 The hilarious clip shot from the window of a plane on the runway displays three workers wearing air control uniforms challenging each other to a duel.

The three handle two glowing traffic wands each, which are meant to guide planes through the dark and stormy weather.

While waiting for instruction, the three creatively use the wands as miniature lightsabers.

At times they even connect the two to create a makeshift full size lightsaber.

The clip reveals the workers battling each other for a full minute. At times one will go after another with movie-like jabs and Star Wars-esque movements. 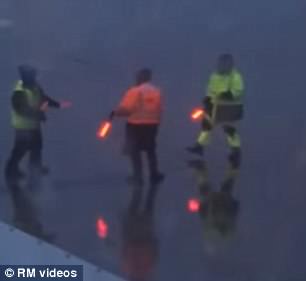 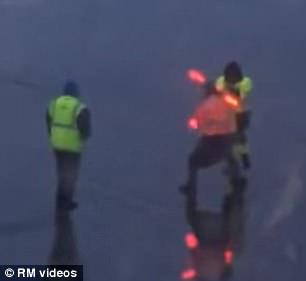 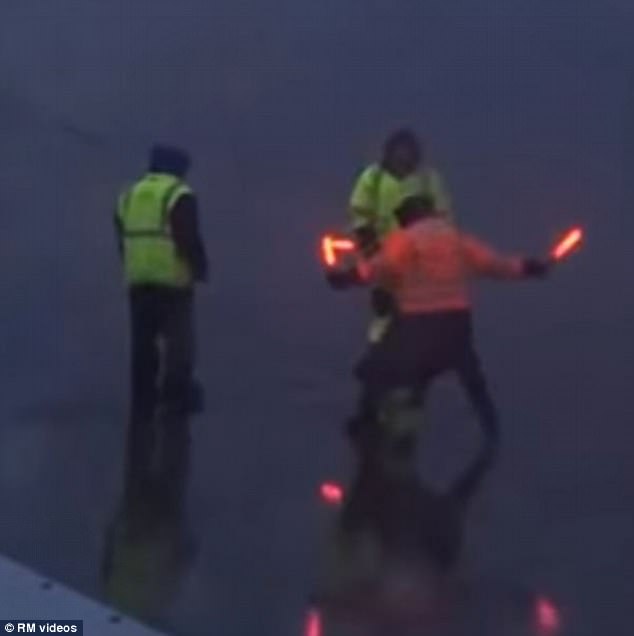 Challenge time! The three were filmed from the window of a plane awaiting takeoff

One worker stops his peer’s attack by holding out his ‘lightsaber’ defensively in an ‘X’ formation.

Once the fighter has his opponent at a standstill, he jabs him in the stomach with the wand, causing the victim to crumple onto the ground with gusto.

The air control officers were animated in their battle, showing off different moves to each other.

One approached his peer using his wands like nunchucks, menacingly moving them side to side.

But his peer got the best of him, stabbing him in the knee with the ‘lightsaber’.

The clip ends as the battles continues on.