FTSE 100 to end 2022 on 7,750 points despite blue-chip index having among the worst capital returns this year, AJ Bell forecasts

The FTSE 100 should end next year within 130 points of its record valuation, analysis from a leading investment firm has predicted.

It also forecasts the aggregate earnings of companies on the ‘Footsie’ will have doubled relative to their 2016 levels, while dividends will be at least 20 per cent higher.

But separate AJ Bell analysis of data from Refinitiv found that both the FTSE 100 and FTSE 250 were in the bottom half of international stock market indices when measured by capital return this year with 9.8 per cent and 10.6 per cent, respectively.

This is against a return of over 20 per cent for the S&P 500, Russia Trading System, France’s CAC 40, and the top-performing index, the S&P Bombay Stock Exchange (BSE) 100 in India.

London’s markets tanked in February and March 2020 as the coronavirus spread across the globe before finishing as the worst year since the global financial crisis in 2008.

Poor performer: AJ Bell analysis  found that both the FTSE 100 and FTSE 250 were in the bottom half of international stock market indices when measured by capital return this year

Investors have attributed its weak performance to the fact that it contains many firms in industries hit badly by the pandemic and problems caused by post-Brexit trading arrangements.

It also contains few technology companies, which have heavily benefited in the last two years from millions of people being forced to work from home, buy their shopping online or conduct meetings on videoconferencing platforms.

Russ Mould, AJ Bell’s investment director, said the FTSE 100’s cheap value might be deserved due to its mix of ‘the unpredictable (oils and miners), the indigestible (banks and insurers) and the beyond-the-pale, at least so far as ESG screens are concerned (tobacco, oils, miners, bookmakers and defence stocks). 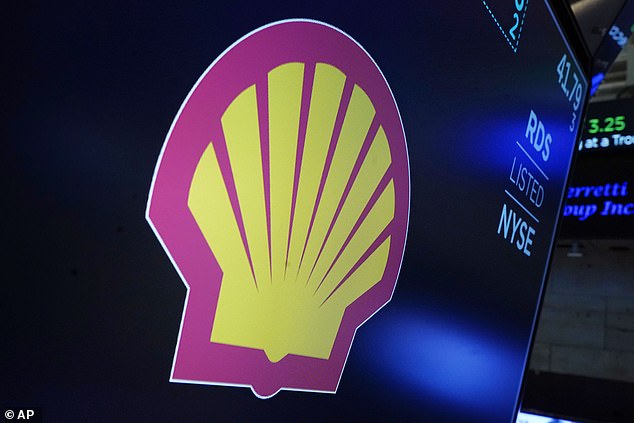 Recommendation: One of the four stocks AJ Bell suggested investors put their money behind is Royal Dutch Shell, which was deeply affected by the decline in oil prices last year

‘Sceptics may therefore assert that finding an incremental buyer for certain stocks will be hard as so many investors run ESG screens against many FTSE 100 stocks and simply turn away.’

He also noted that the low forecast earnings and dividend growth for next year ‘may not set pulses racing,’ yet due to the composition of firms on the index, it could be one of the best-performing next year should commodity prices and interest rates increase, and the yield curve steepen.

One of the four stocks AJ Bell suggested investors put their money behind is Royal Dutch Shell, which was deeply affected by the decline in oil prices last year.

But following the rebound in petroleum prices as economies have reopened in 2021, the group has returned to profit and recently announced a huge share buyback programme.

Mould added the FTSE 100 ‘should be able to offer plenty of near-term earnings growth and do so from the starting point of low valuation multiples – so the offer here would be jam today at low prices.

‘That would contrast with markets like the USA, which is packed with tech, social media, internet and biotech stocks that offer the prospect of long-term earnings growth from the starting point of high valuation multiples – so the package here is jam tomorrow at high prices.’