‘Not here as tourists’: Fighting talk from Ajax as Dutch giants arrive in London ahead of huge Champions League semi-final against Tottenham

Ajax have touched down in London ahead of their Champions League semi-final first leg against Tottenham on Tuesday night.

The Dutch giants are looking to make their first major European final since 1996 and are just two games away from booking their place in Madrid on June 1.

Erik ten Hag’s side were pictured stepping off their flight into London on Tuesday morning as they headed inside the building. 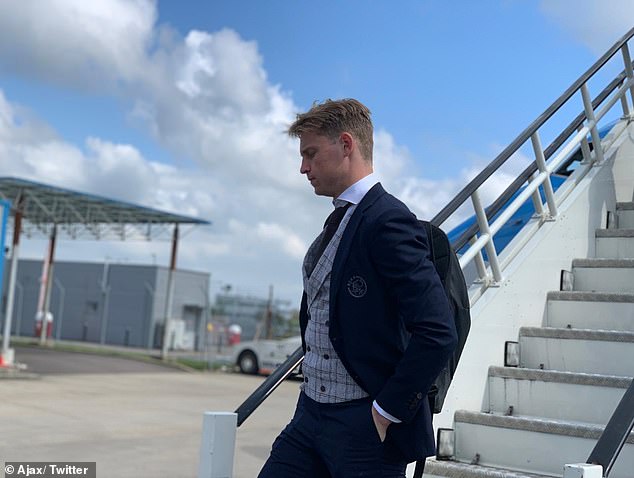 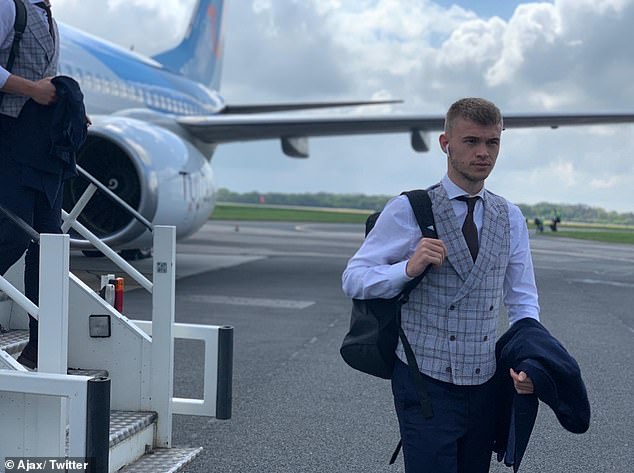 Ajax have had the luxury of a full week off to prepare for this match after the Dutch Eredivisie cancelled last weekend’s domestic round of fixtures in order to give their team maximum chance of doing well in Europe.

They cut relaxed figures when they stepped off the plane in their suits on Monday morning. Midfield sensation Frenkie de Jong looked focused though as he strolled down the steps with his hand in his pocket.

The likes of Daley Blind, Matthijs de Ligt and Lasse Schone all followed him off the plane looking slightly more at ease as they shared a joke.

Ajax also posted some pictures of their antics during the brief flight over the North Sea.

David Neres, Hakim Ziyech, Zakaria Labyad and Bruno Varela kept themselves occupied with a board game. 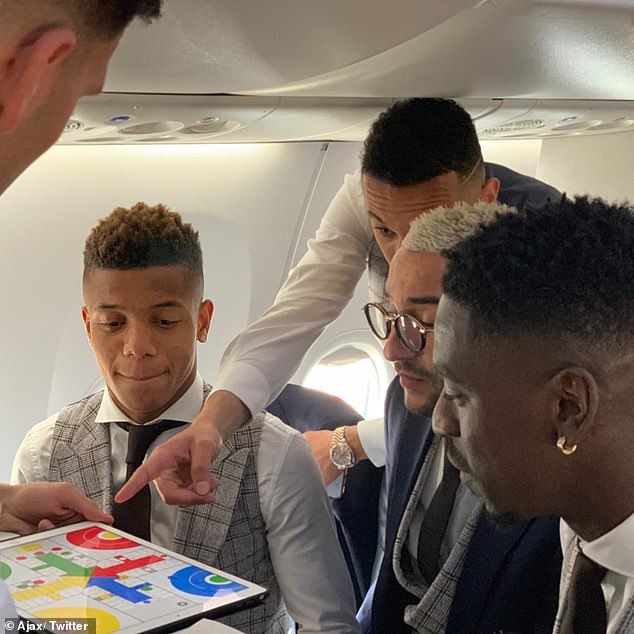 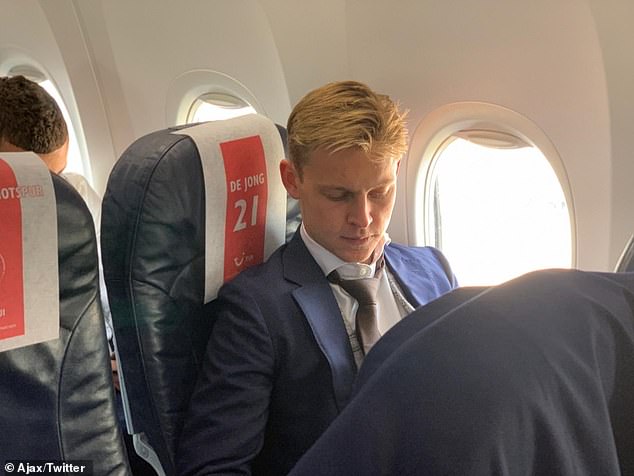 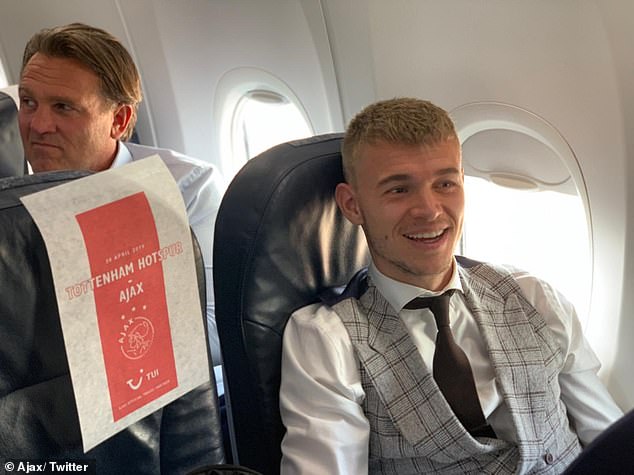 De Jong once again looked in no mood for games as he sat in his seat and scrolled through his phone while Sinkgraven was all smiles.

The young squad have enjoyed a remarkable run to reach this stage of the competition. They came through a group that included Bayern Munich and Benfica before going on to produce enormous upsets in the knockout rounds.

First came Real Madrid, the reigning champions and winners in all of the last three years, and they swatted them aside with a stunning 4-1 win at the Bernabeu in the second leg of their last-16 tie.

They then met Juventus in the quarter-finals but came from behind in Turin to win 2-1 and eliminate Cristiano Ronaldo and Co.