The 22-year-old Dutch international, who played a key role in Ajax’s fine form last season that saw them reach the Champions League semi-finals, recently confirmed Madrid are in talks with his club over his transfer.

But it appears he may now remain in Amsterdam beyond this summer, with Ten Hag suggesting a deal isn’t close.

‘[Van de Beek] only dedicates himself to playing,’ Ten Hag said ahead of Tuesday’s second leg against PAOK, with the third-round Champions League qualifier locked at 2-2.

‘I guess and I hope that he stays with us this season. Otherwise, I will hear from Marc Overmars.’

The talented midfielder has also scored twice this season and created two assists in as many Eredivisie matches this season as they look to defend their title. 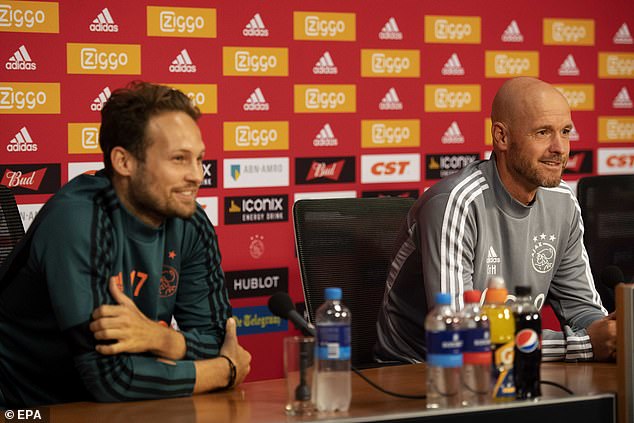