‘Somebody destroyed our game’: Ajax star Dusan Tadic slams referee who ‘stole’ their victory at Chelsea, sending off two of the visitors in madcap 4-4 thriller

Dusan Tadic has hit out at referee Gianluca Rocchi for ‘stealing’ victory from Ajax following their 4-4 draw with Chelsea in the Champions League.

Ajax were leading 4-2 at Stamford Bridge before conceding a penalty after Rocchi adjudged Joel Veltman to have handled the ball inside the box. 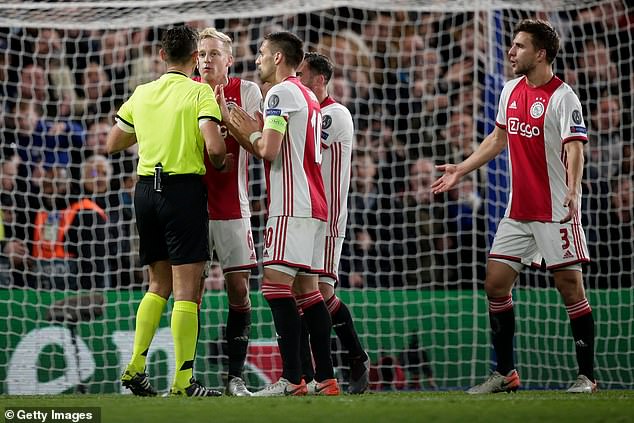 At 4-2, Rocchi gave Chelsea a penalty and sent off two Ajax players before game ended 4-4 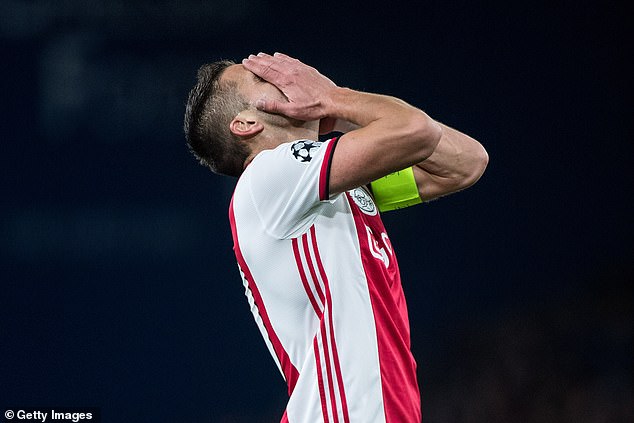 Jorginho converted the penalty from the spot and and Reece James then scored the equaliser on 74 minutes as Chelsea completed a stunning comeback.

After the game, Tadic vented his fury at Rocchi, who he blamed entirely for changing the course of the game and denying his side a certain win.

‘We should just talk about our game because we were 4-1 up and everything was under control and then one man steal everything from us,’ he said. 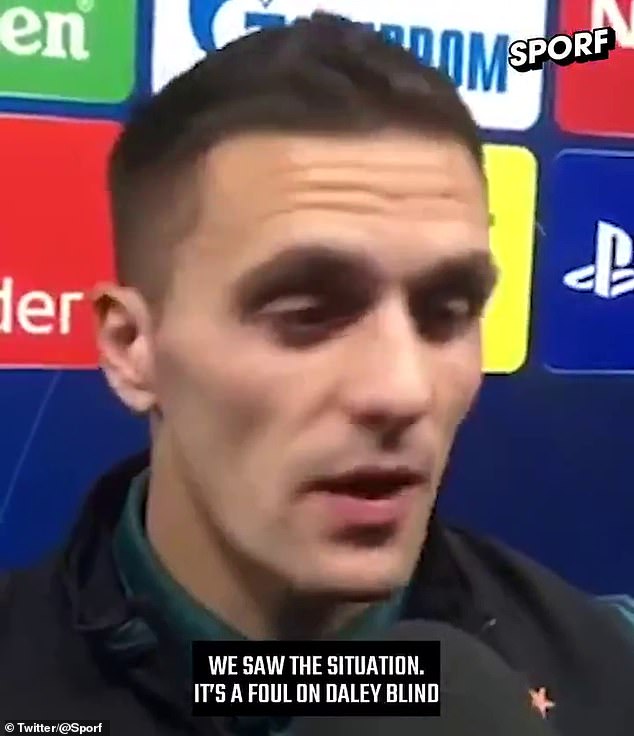 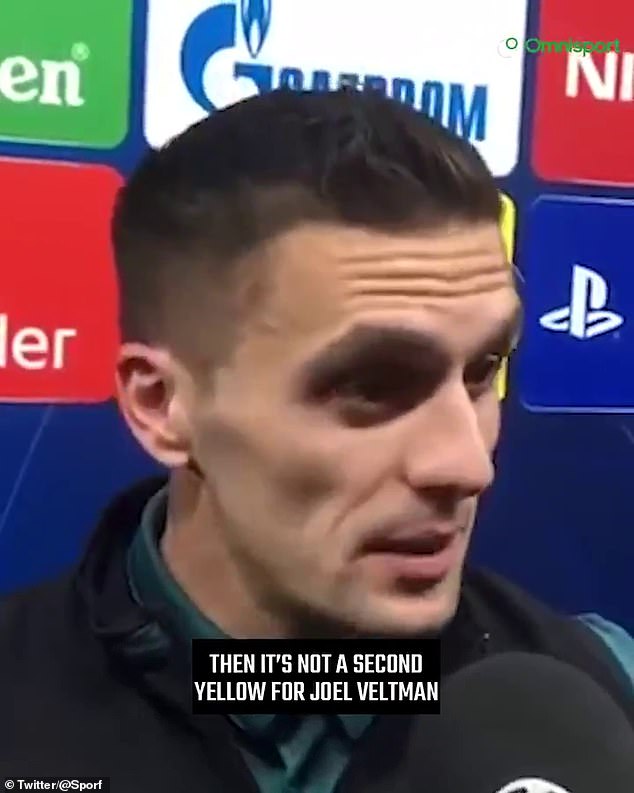 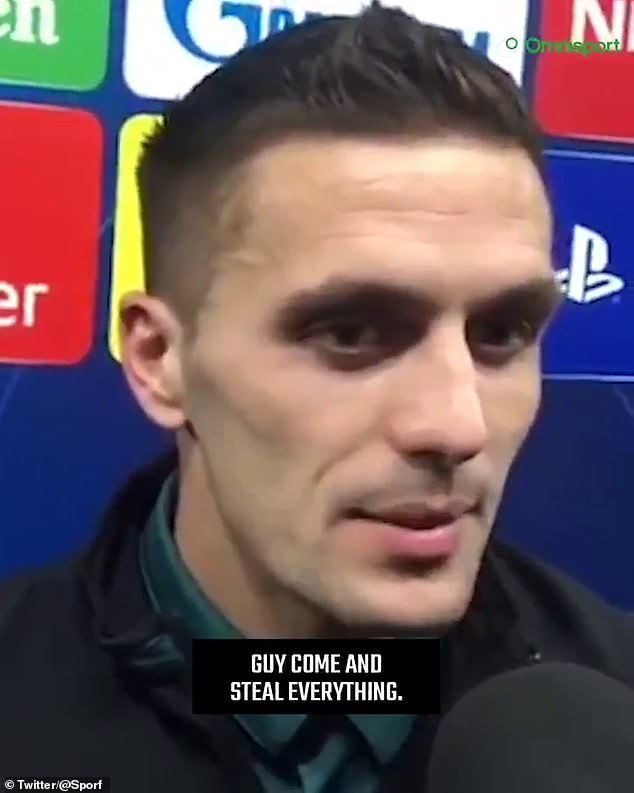 ‘It’s a big disappointment. We should talk about how Ajax played nice football but we cannot because one man came and stole everything

‘Never in my life have I seen a triple punishment. But everything started with the foul on Daley Blind. He was tackled by Christian Pulisic but then, yeah, it’s a big disappointment because I don’t like to make excuses.

? Dusan Tadic was left fuming with the outcome due to ‘the referee destroying the game’. pic.twitter.com/aHt3vhdH0l

‘I don’t like to talk about someone else. I want to talk about how Ajax were better than Chelsea but we can’t because somebody destroyed our game.’

Chelsea forward Christian Pulisic was also left amazed by how events unfolded at Stamford Bridge and revealed he hadn’t realised Ajax had two players sent off.

‘[The penalty] made the game even wilder and gave us more confidence to get those next two goals’, Pulisic admitted afterward.

‘The whole thing was crazy, I didn’t even realise they got two red cards to be honest.

‘It was pretty wild.’